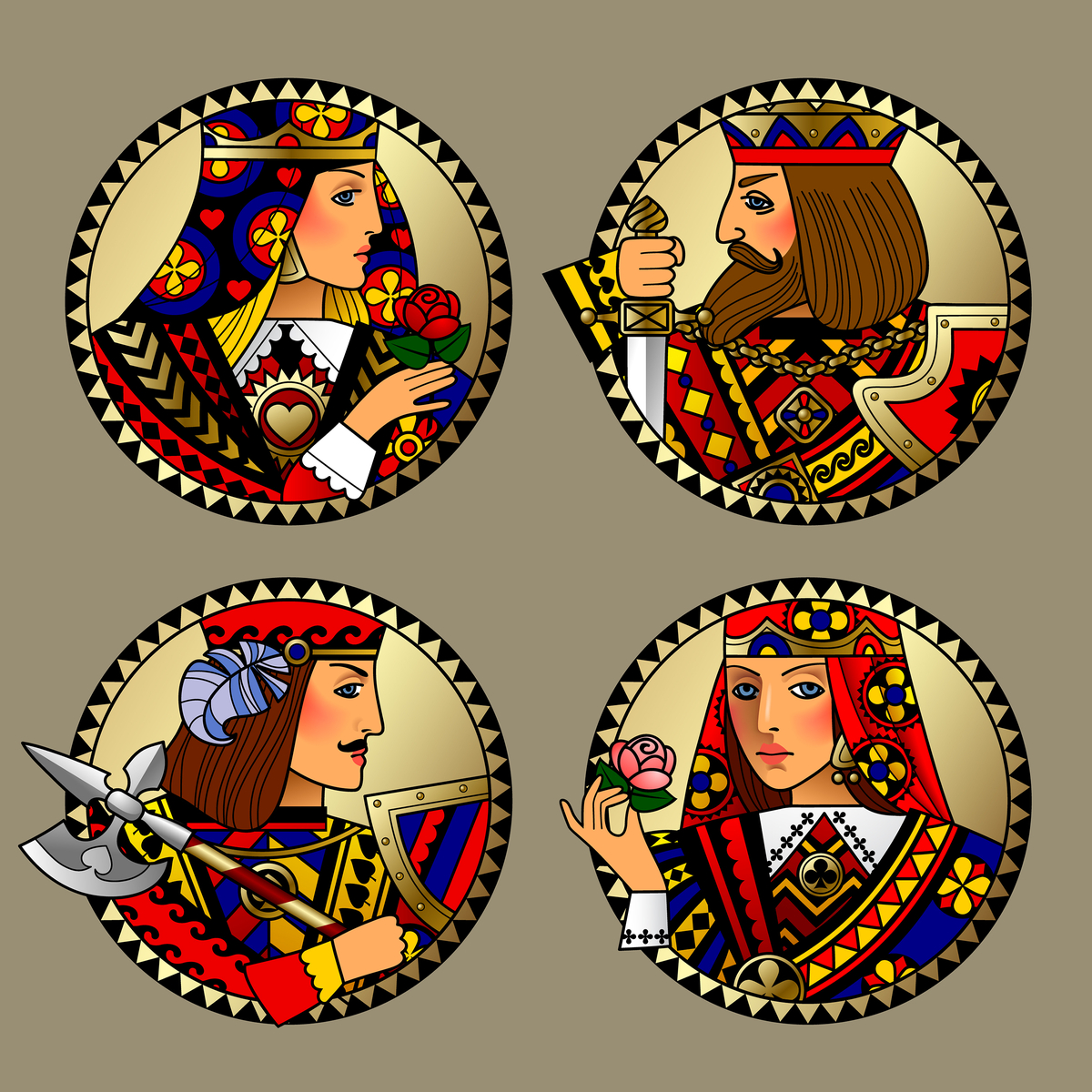 Last time, I wrote that Counterclockwise—Mindful Health and the Power of Possibility by Ellen J. Langer reinforced my belief that the words we think, speak and write can become self-fulfilling prophecies. [If you have not yet read that last post, please do so now.]

Common health care terminology can make it harder to stay healthy. Langer discusses the difference between the way we speak about cancer versus the common cold. If we catch a cold, then, get well again, we speak—and therefore think—of the cold as gone or cured. If we get similar symptoms again, we speak—and think—of that as a new and different cold. Yet, a cold is a virus, and a virus can lie dormant and “come back.” We don’t know if the second cold is a new and different virus or the old virus reasserting itself.

But the mindset of having “gotten rid of” one cold gives us confidence that we can also beat each additional cold. And most experts agree confidence and hope facilitate recovery from any disease.

If a person has cancer, then, gets rid of all signs and symptoms, we say the cancer is “in remission.” Even if the remission lasts ten years, we still call it “remission,” not “cure.” This instills a mindset that the cancer is still there waiting for a chance to raise its ugly head again. What does this mindset do to the all-important confidence of the patient?

If we take an aspirin for a headache, then, feel better, we think of the headache as “gone.” But if we take an anti-depressant, then, feel better, we are still considered “depressed.” You don’t have to be a scientist to sense how being labeled as “depressed” could make you feel depressed. Langer similarly questions terms such as “recovering alcoholic,” and even the word “patient.”

She shows us how various mindsets contribute to ageism—the tendency for younger people to assume that the elderly are less capable than they might be and to treat them accordingly. Worse, those same mindsets cause the elderly persons themselves to become less capable—the self-fulfilling prophecy. [See Part I]

Here again, Counterclockwise reinforces something I have long believed: our language supports, not only ageism, but many other forms of prejudice. I can’t write about what it’s like to live with language-enabled racism or homophobia because I’m white and heterosexual. Indeed, if I tried to write about those things, I’d offend people of color and homosexuals.

But I can write about how language and iconography enable sexism. So, let’s play pretend. Think of a little boy you care about. He can be a little boy currently, or a man you knew as a boy. If you are a man, he can be you as a child.

Now imagine that little boy had to grow up in a society where:

The boy is exceptional. Rather than giving up, as so many boys do, he tries to tell people how all this affects him by listing the above bullet points. He has more examples to cite, but a woman interrupts him, “OK. You’ve made your point. You don’t have to go on and on.” But that woman does not get the point because the point is that the list does go on and on and on and on. The point is how totally the message, that men have lower status than women, saturates this hypothetical society.

How do you think that little boy would turn out? How would he think of himself? How much confidence would he have? What would be his career prospects? And for that matter, how would a girl turn out after growing up in such a society? How will the boy’s future wife likely treat him?

Now put the insight you gained from this pretend game together with the fact that “women’s issues” is a misleading term because the issues in question don’t just affect women; they affect the entire society. As I have written before, the single best thing a society can do to improve the well being of all its members is to improve the status and well being of women–for sociological reasons as well as for improvement in human interactions.

You can help everyone in our real-life society by becoming more mindful about the way you speak, and even the terms in which you formulate your thoughts. Go back over the bullet list above and ask yourself what changes you will make in the language you use.

Margaret Anderson’s presentation takes the wisdom of Ben Franklin’s stated virtue: “Speak not but what may benefit others or yourself” into the realm … END_OF_DOCUMENT_TOKEN_TO_BE_REPLACED

While reading “Bridges to Consensus”, I volunteered to organize a project with my quilt bee, 15 professional, talented, and strongly-opinionated w… END_OF_DOCUMENT_TOKEN_TO_BE_REPLACED

Thank you. It was a pleasure attending your class. It taught me to ask “Why?” when I am trying to resolve an issue. I learned a lot and am happy I had… END_OF_DOCUMENT_TOKEN_TO_BE_REPLACED

Although the book [Bridges to Consensus] is written with clergy in mind, I was instantly engrossed in the material and could see my way to using her s… END_OF_DOCUMENT_TOKEN_TO_BE_REPLACED

So much of our daily communication consists of argument, I’m delighted to learn new methods that remove the argument and place both parties on the roa… END_OF_DOCUMENT_TOKEN_TO_BE_REPLACED

My life has gone much more smoothly since taking your class.  Be it a discussion with…or a coworker, there is less stress and more preferable resul… END_OF_DOCUMENT_TOKEN_TO_BE_REPLACED

I believe Bridges to Consensus applies to every facet of our lives… It doesn’t knock you over like a fire hose. It enters your spirit quietly and ge… END_OF_DOCUMENT_TOKEN_TO_BE_REPLACED

It Strikes a Chord: I’ve spent a lifetime reading stories, and I’m not easy to please. This little pocketful kept me pleasurably engaged all the way t… END_OF_DOCUMENT_TOKEN_TO_BE_REPLACED

The course was very interesting and learning the skill set in the classroom to apply in real life situations is invaluable.  It’s definitely about … END_OF_DOCUMENT_TOKEN_TO_BE_REPLACED

As a ghostwriter, I negotiate contracts often, and for “invisible” goods. …Margaret has taught me how to appeal to a prospect’s often hidden needs a… END_OF_DOCUMENT_TOKEN_TO_BE_REPLACED

It [Bridges to Consensus] lends itself specifically to church issues, while making itself significantly useful for understanding communications in any… END_OF_DOCUMENT_TOKEN_TO_BE_REPLACED

Working with Margaret helped me understand that conflict does not automatically have to mean confrontation. Now I know how to seek solutions that bene… END_OF_DOCUMENT_TOKEN_TO_BE_REPLACED

Margaret Anderson was instrumental in helping me hone my skills so that I could sort out, get clear, select, and land a “practically perfect” new busi… END_OF_DOCUMENT_TOKEN_TO_BE_REPLACED

It has been said that one of the best ways to teach is through story. In Love on the Rocks with a Twist, Margaret Anderson teaches the fine art of con… END_OF_DOCUMENT_TOKEN_TO_BE_REPLACED

As a ghostwriter, I negotiate contracts often, and for “invisible” goods. …Margaret has taught me how to appeal to a prospect’s often hidden needs a… END_OF_DOCUMENT_TOKEN_TO_BE_REPLACED

A Go-To Reference & Entertaining Read in One Book: Delightful fiction, indeed! Each of the stories is a standalone pleasure. I especially enjoyed the … END_OF_DOCUMENT_TOKEN_TO_BE_REPLACED