Persuasion Epiphanies (Conclusion of the Winners All series) 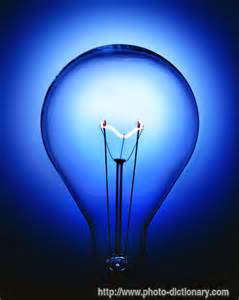 Many people find the “Interest-Driven,” or win-win, interactional and communication skills I teach counterintuitive. When my students, trainees and clients begin to “get it,” when they experience interactions that result in more interest satisfaction for both parties than if they had competed and haggled, they often have an epiphany. But not all their epiphanies are alike.

Everyone has two opposing needs in relation to other people. We all want some measure of status—to be independent and autonomous, distinct from others, and to compare favorably with others. The desire for status manifests itself in hierarchical relationships and competitive interactions.

Everyone also has a need for connection with other people—to feel that they’re similar to others and fit in with a group. The desire for connection manifests itself in egalitarian relationships and collaborative or cooperative interactions.

My status-oriented (“S”) trainees and clients experience a sort of thunderstruck epiphany when using the skills I teach. They think, Wow! I’m doing just the opposite of what came naturally, and it’s working better.

This S client experiences the epiphany somewhat as if he had been trying to battle his way across a field of vines, brambles and fallen trees until someone showed him a path around the outskirts of the field.

The approaches that work best are so counterintuitive that some extremely S-oriented people can’t accept the possibility of win-win results. They are hard-wired to operate on the assumption that every human interaction is hierarchical. One person controls the other. One wins and the other loses. Even in compromise, they assess which party got more than the other and feel that person “beat” the other. Equal does not compute.

Let’s say neighbors Dirk and Gary are both extremely S-oriented, always trying to outdo each other. Dirk lists his car for $10,000. Gary offers $5000. Neither will budge.

My connection oriented (“C”) trainees experience the win-win epiphany more like a sigh of relief. You mean I don’t have to choose between battling other people, on the one hand, or giving in to them, on the other hand? You mean I can not only do okay, but actually do better when I don’t battle people? For the C client, the epiphany feels more as if she had been walking around in hard, ill-fitting shoes, and someone finally gave her a pair well-designed sport shoes her size.

To the C client, the win-win skills may be new, but they fit more comfortably. To some C-oriented people, the skills are intuitive, they come naturally, without training, although training can improve and hone those skills.

Many of our social institutions and constructs—business models, educational methods, political systems, and more—are still based on hierarchy and competition in a day and age when a more balanced approach would serve us better, an approach including interest-driven methods for situations where the hierarchical command-and-control model is neither necessary nor desirable.

One of the best things a society can do to facilitate that balance is to involve more C-oriented people in the leadership of its social institutions.

But how do we identify those C-oriented people? Temperament plays a big role in steering a person toward either status (and thus hierarchy and competition) or connection (and thus egalitarianism and collaboration). However, there’s no quick and easy way to identify those members of society with C temperaments.

The biggest and most easily identified factor in S or C orientation is gender. Most, though not all women lean toward the C (connection) side of the scale, while most, though not all, men lean toward the S (status) side. If we wish to move toward a critical mass of C-oriented leaders—not necessarily a majority, but enough to have real influence in a given institution—the quickest, surest way is to focus on women, improve their status, presence and influence.

As mentioned, there are C-oriented men. They, too, along with women, will help bring S-C balance to our social institutions and culture.

There are also S-oriented women, but when dealing with large numbers, if we advance women as a group, most of those women are sufficiently C-oriented to comfortably use interest-driven methods.

Look at it this way. Suppose you’re at a convention center. You go to the restroom and see a broken pipe gushing water. At that very moment, the entire convention center staff goes out on strike. You want to find a plumber asap. On one side of the restrooms is a room full of women. On the other side is a room full of men. The fastest and surest way to find a plumber is to ask in the room full of men. Sure, there may be a woman plumber in the other room, but going to the men is faster and more likely to succeed. It’s like setting parameters in a Google search to improve your chances of getting at least one hit.

If, instead of a gushing pipe, you had a bleeding cut and wanted a nurse asap, you would more likely find a nurse, and find her quicker, in the room full of women, even though there might be a male nurse in the other room.

This is why I say that improving the status and wellbeing of women not only improves the economic and sociological health of our society, but also enables our people to resolve differences more often and more easily. If we advance women as a group, most of those women will be sufficiently C-oriented to comfortably use interest-driven methods. From these C women, and any C men also present, others learn and become more comfortable with win-win ways of interacting.

Advancing women in general is the single best thing we can do to improve life for all, not just for women, but for men as well. We improve the economy, we improve the sociology, and we improve the way we deal with one another.

Margaret Anderson’s presentation takes the wisdom of Ben Franklin’s stated virtue: “Speak not but what may benefit others or yourself” into the realm … END_OF_DOCUMENT_TOKEN_TO_BE_REPLACED

While reading “Bridges to Consensus”, I volunteered to organize a project with my quilt bee, 15 professional, talented, and strongly-opinionated w… END_OF_DOCUMENT_TOKEN_TO_BE_REPLACED

Thank you. It was a pleasure attending your class. It taught me to ask “Why?” when I am trying to resolve an issue. I learned a lot and am happy I had… END_OF_DOCUMENT_TOKEN_TO_BE_REPLACED

Although the book [Bridges to Consensus] is written with clergy in mind, I was instantly engrossed in the material and could see my way to using her s… END_OF_DOCUMENT_TOKEN_TO_BE_REPLACED

So much of our daily communication consists of argument, I’m delighted to learn new methods that remove the argument and place both parties on the roa… END_OF_DOCUMENT_TOKEN_TO_BE_REPLACED

My life has gone much more smoothly since taking your class.  Be it a discussion with…or a coworker, there is less stress and more preferable resul… END_OF_DOCUMENT_TOKEN_TO_BE_REPLACED

I believe Bridges to Consensus applies to every facet of our lives… It doesn’t knock you over like a fire hose. It enters your spirit quietly and ge… END_OF_DOCUMENT_TOKEN_TO_BE_REPLACED

It Strikes a Chord: I’ve spent a lifetime reading stories, and I’m not easy to please. This little pocketful kept me pleasurably engaged all the way t… END_OF_DOCUMENT_TOKEN_TO_BE_REPLACED

The course was very interesting and learning the skill set in the classroom to apply in real life situations is invaluable.  It’s definitely about … END_OF_DOCUMENT_TOKEN_TO_BE_REPLACED

As a ghostwriter, I negotiate contracts often, and for “invisible” goods. …Margaret has taught me how to appeal to a prospect’s often hidden needs a… END_OF_DOCUMENT_TOKEN_TO_BE_REPLACED

It [Bridges to Consensus] lends itself specifically to church issues, while making itself significantly useful for understanding communications in any… END_OF_DOCUMENT_TOKEN_TO_BE_REPLACED

Working with Margaret helped me understand that conflict does not automatically have to mean confrontation. Now I know how to seek solutions that bene… END_OF_DOCUMENT_TOKEN_TO_BE_REPLACED

Margaret Anderson was instrumental in helping me hone my skills so that I could sort out, get clear, select, and land a “practically perfect” new busi… END_OF_DOCUMENT_TOKEN_TO_BE_REPLACED

It has been said that one of the best ways to teach is through story. In Love on the Rocks with a Twist, Margaret Anderson teaches the fine art of con… END_OF_DOCUMENT_TOKEN_TO_BE_REPLACED

As a ghostwriter, I negotiate contracts often, and for “invisible” goods. …Margaret has taught me how to appeal to a prospect’s often hidden needs a… END_OF_DOCUMENT_TOKEN_TO_BE_REPLACED

A Go-To Reference & Entertaining Read in One Book: Delightful fiction, indeed! Each of the stories is a standalone pleasure. I especially enjoyed the … END_OF_DOCUMENT_TOKEN_TO_BE_REPLACED