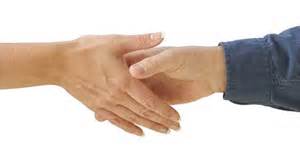 In country after country, study after study; economists and sociologists have seen that the single best thing a society can do for its overall wellbeing is to improve the status and wellbeing of women. Not to say that we should only do one thing to improve our societies, but if we had to choose only one, this would be the best. When the women of a society thrive, everyone thrives, including men and children. They all thrive economically, sociologically, physically (health-wise), and in other ways. [1]

To the above ways societies thrive when women thrive, I would add that groups with a more balanced mix of both male and female traits and cultural norms resolve differences more often and more easily. It is no accident, no coincidence that Senate women spearheaded resolution of one of our government shutdown crises.

Moreover, gender-balanced groups more often resolve differences in a win-win manner that eliminates, or at least minimizes, the need for compromise. As per my motto, they get more of what they need from one another in ways that build bridges, rather than burning them. More than they would get with a win-lose approach.

In a future post, I’ll explain how this works in greater detail.

For now, let’s look at a few of the factors that improve the status and wellbeing of women:

Historically and globally, family size is inversely proportional to wealth and education. These factors are also synergistically related; a change in one causes changes in the others. The poor and uneducated have always tended to have larger families, while the comfortable and educated have smaller families. Conversely, those with smaller families are better able to educate themselves and build wealth, while those with many children to care for are less able to do so. Thus, for some women, part of the education needed is information on how to time and limit the number of children and the advantages of doing so.

For women who enter potentially influential professions, such as law, ill-timed pregnancy and family leave can delay or prevent their entry into upper management or politics, where they might better influence the cultural norms for resolving differences. Fortunately for them, lawyers can afford their own birth control and the doctors who prescribe it.

Others may have to choose between doctors and contraceptives, on the one hand, and food, on the other hand. In addition, the poorest of the poor often live miles from the nearest doctor or clinic and can’t afford to travel.

Apart from the effects on individual families, the mushrooming world population contributes to every other global problem—poverty, crime, disease epidemics, pollution and other environmental issues, water scarcity, diminishing of non-renewable fossil fuels, etc. The population is growing like a pyramid scheme, a pyramid that cannot continue indefinitely without some type of global collapse.

In my coaching practice, I have seen situations in which men drove women out of a workplace by misusing the very laws meant to prevent this. For example, I know of at least two instances in which an especially talented woman engineer was driven out of a job when an envious male coworker started a false rumor that she intended to file a sexual harassment complaint. Others took up the cause to ostracize her and see that she received only unappealing and low profile work projects. They made her so miserable that she eventually resigned. Women engineers who actually do file EEOC complaints sometimes have to move far out of state in order to get another position.

Individuals can do this in their own lives by studying, practicing and assimilating skills such as those I present in this blog, my books, and my training, coaching and consulting.

Societies can do this by improving the status and wellbeing of women through education, birth control and legal and cultural equality.

I’ll elaborate in future posts in this series, so please stay tuned.

Margaret Anderson’s presentation takes the wisdom of Ben Franklin’s stated virtue: “Speak not but what may benefit others or yourself” into the realm … END_OF_DOCUMENT_TOKEN_TO_BE_REPLACED

While reading “Bridges to Consensus”, I volunteered to organize a project with my quilt bee, 15 professional, talented, and strongly-opinionated w… END_OF_DOCUMENT_TOKEN_TO_BE_REPLACED

Thank you. It was a pleasure attending your class. It taught me to ask “Why?” when I am trying to resolve an issue. I learned a lot and am happy I had… END_OF_DOCUMENT_TOKEN_TO_BE_REPLACED

Although the book [Bridges to Consensus] is written with clergy in mind, I was instantly engrossed in the material and could see my way to using her s… END_OF_DOCUMENT_TOKEN_TO_BE_REPLACED

So much of our daily communication consists of argument, I’m delighted to learn new methods that remove the argument and place both parties on the roa… END_OF_DOCUMENT_TOKEN_TO_BE_REPLACED

My life has gone much more smoothly since taking your class.  Be it a discussion with…or a coworker, there is less stress and more preferable resul… END_OF_DOCUMENT_TOKEN_TO_BE_REPLACED

I believe Bridges to Consensus applies to every facet of our lives… It doesn’t knock you over like a fire hose. It enters your spirit quietly and ge… END_OF_DOCUMENT_TOKEN_TO_BE_REPLACED

It Strikes a Chord: I’ve spent a lifetime reading stories, and I’m not easy to please. This little pocketful kept me pleasurably engaged all the way t… END_OF_DOCUMENT_TOKEN_TO_BE_REPLACED

The course was very interesting and learning the skill set in the classroom to apply in real life situations is invaluable.  It’s definitely about … END_OF_DOCUMENT_TOKEN_TO_BE_REPLACED

As a ghostwriter, I negotiate contracts often, and for “invisible” goods. …Margaret has taught me how to appeal to a prospect’s often hidden needs a… END_OF_DOCUMENT_TOKEN_TO_BE_REPLACED

It [Bridges to Consensus] lends itself specifically to church issues, while making itself significantly useful for understanding communications in any… END_OF_DOCUMENT_TOKEN_TO_BE_REPLACED

Working with Margaret helped me understand that conflict does not automatically have to mean confrontation. Now I know how to seek solutions that bene… END_OF_DOCUMENT_TOKEN_TO_BE_REPLACED

Margaret Anderson was instrumental in helping me hone my skills so that I could sort out, get clear, select, and land a “practically perfect” new busi… END_OF_DOCUMENT_TOKEN_TO_BE_REPLACED

It has been said that one of the best ways to teach is through story. In Love on the Rocks with a Twist, Margaret Anderson teaches the fine art of con… END_OF_DOCUMENT_TOKEN_TO_BE_REPLACED

As a ghostwriter, I negotiate contracts often, and for “invisible” goods. …Margaret has taught me how to appeal to a prospect’s often hidden needs a… END_OF_DOCUMENT_TOKEN_TO_BE_REPLACED

A Go-To Reference & Entertaining Read in One Book: Delightful fiction, indeed! Each of the stories is a standalone pleasure. I especially enjoyed the … END_OF_DOCUMENT_TOKEN_TO_BE_REPLACED