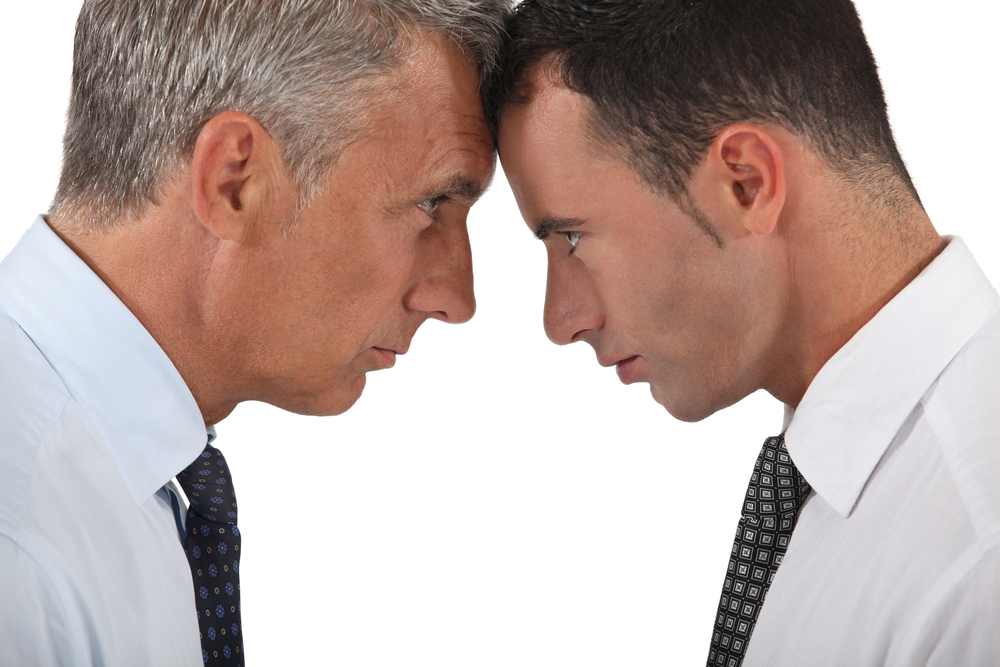 A few days ago, I heard about a new book–Hate Inc.: Why today’s Media Makes Us Despise One Another by Matt Taibbi. The title took the words right out of my mouth.

Negative Emotions Work Against Us

One of my favorite quotes comes from Yoda in Star Wars, “Fear leads to anger. Anger leads to hate. Hate leads to suffering.” There is no doubt that much of today’s media–both broadcast and print–instills fear, and often, anger. These emotions naturally lead to hate, as Yoda said. But the media themselves sometimes even directly monger hate.

Fear, anger and hate is a recipe for conflict, including violence, such as we saw at the US Capitol on January 6. These emotions can quickly turn what could have been a peaceful protest into a deadly, riotous insurrection. Even when they don’t lead to physical violence, fear, anger and hate put people in such a frame of mind that it’s difficult, often impossible, for them to practice the skills I teach for resolving conflict. They can’t have a calm, rational conversation.

Yet, I consider it a civic duty to keep informed. So how can we make our news consumption healthier?

In this post, Part IIIA of the Lessons from the Capitol series, let’s talk about quantity of news. It horrifies me to know that there are people who, when at home, keep the television constantly tuned to a twenty-four hour news channel–every waking moment. Even at work and other places away from home, some watch these channels at every opportunity–at lunch, at the gym, in waiting rooms, anywhere they can.

They are brainwashing themselves and actually becoming addicted to negative emotions. And, yes, over exposure to emotions–whether good emotions or bad emotions–is addicting. They actually become wired into our brains. They come to feel normal. We feel them on auto-pilot. However, this kind of brain wiring can be overcome when we stop over consuming negative news and engage in more positive activities.

What Are Your Interests?

My entire persuasion/consensus building/communication system is based on interests. Examine your interests in watching or reading news. Ask yourself my First Magic Question, “Why?” Why do you watch or read news? Most will, initially, answer, “Keep informed.” But dig deeper. Why do want to keep informed?

Some people will have trouble answering that question because, once they have learned to fear and hate some large class of people, such as Democrats or Republicans, their news consumption is driven by a vague sense that, if they are not aware of every single statement or act of “the enemy,” they somehow become vulnerable. And you don’t have to be watching news every waking moment to feel this.

So let’s dig even deeper. What will you actually do with the “information” you hear or read? My answers would include, “Decide how to vote,” and “Decide if I want to write a letter to a senator or representative in Congress or my state legislature.” I neither need nor want over exposure to make these decisions.

If you answered, “I want to be prepared to argue with those on ‘the other side,'” I suggest you go back and reread my last post about the futility of trying to argue with people in the throes of fear, anger and hate. Read why attempting such arguments actually works against your interests by strengthening your opponents’ adherence to their positions.

The events of January 13 were unprecedented, history in the making. That was an emergency situation. For a while, we didn’t know if or when officials would secure the Capitol. We didn’t know if the electoral vote would proceed. We didn’t know if the violence would spread, possibly to our own local areas. As on September 11, 2001, or here on the Gulf Coast when there is a hurricane threatening, responsible people watch more TV news. Even so, once an emergency is under control and/or there’s nothing new going on, we don’t need to keep watching and re-watching, things like planes flying into buildings, people rampaging into the doors of the Capitol or hurricane force winds blowing down trees and buildings.

In non-emergency, non-historical situations, an hour or two a day should be enough news consumption for most people’s true needs. If the very idea of limiting yourself to one or two hours feels uncomfortable, if you resist it, that is an indication that you are over consuming, and possibly addicted to negativity. Because, let’s face it, most news is negative. People don’t tune in to see news about other people behaving normally.

I urge you to try limiting yourself to an hour or two of news consumption per day for just two weeks. Then note how you feel. Are you more relaxed? Are you happier, more at peace with yourself? Also, note what you do. Do you find yourself having more civil conversations and fewer arguments? Do you engage in more leisure activities? Do you spend more quality time with your children, spouse or other domestic partner?

Are you concerned that you might miss something important? If it’s really important, it will almost certainly turn up in your one or two hours of news, and even if it doesn’t, you will probably hear it by word of mouth. And it’s only two weeks. If, at the end of them, you don’t feel you’re on a better path, you can always go online and catch up on what else has been happening. In fact, this can be a modification of your two hr./day news diet. Allow yourself one session of, perhaps, 2 to 4 additional hours of catch-up every two weeks.

Speaking for myself, once I saw our new president sworn in peacefully, without incident, I did not feel the need to keep listening to journalists “analyze” and comment upon his speech or other things that happened during the inauguration for hours on end. And guess what? I had not exercised for the preceding four days. When I prepared to work out on January 20, I was thinking I might not be able to do as many reps. But I actually found myself doing more reps than usual without even thinking about it. Reducing not only negativity, but repetition about serious matters, has a positive impact on one’s health and physical strength.

Next time, we’ll talk about how to manage the quality or substance of our news consumption so that we make the healthiest choices for our one or two hours of news per day. In fact, you’ll find that managing the news quality enables you to keep your news quantity lower, i.e., stick to your diet.

Margaret Anderson’s presentation takes the wisdom of Ben Franklin’s stated virtue: “Speak not but what may benefit others or yourself” into the realm … END_OF_DOCUMENT_TOKEN_TO_BE_REPLACED

While reading “Bridges to Consensus”, I volunteered to organize a project with my quilt bee, 15 professional, talented, and strongly-opinionated w… END_OF_DOCUMENT_TOKEN_TO_BE_REPLACED

Thank you. It was a pleasure attending your class. It taught me to ask “Why?” when I am trying to resolve an issue. I learned a lot and am happy I had… END_OF_DOCUMENT_TOKEN_TO_BE_REPLACED

Although the book [Bridges to Consensus] is written with clergy in mind, I was instantly engrossed in the material and could see my way to using her s… END_OF_DOCUMENT_TOKEN_TO_BE_REPLACED

So much of our daily communication consists of argument, I’m delighted to learn new methods that remove the argument and place both parties on the roa… END_OF_DOCUMENT_TOKEN_TO_BE_REPLACED

My life has gone much more smoothly since taking your class.  Be it a discussion with…or a coworker, there is less stress and more preferable resul… END_OF_DOCUMENT_TOKEN_TO_BE_REPLACED

I believe Bridges to Consensus applies to every facet of our lives… It doesn’t knock you over like a fire hose. It enters your spirit quietly and ge… END_OF_DOCUMENT_TOKEN_TO_BE_REPLACED

It Strikes a Chord: I’ve spent a lifetime reading stories, and I’m not easy to please. This little pocketful kept me pleasurably engaged all the way t… END_OF_DOCUMENT_TOKEN_TO_BE_REPLACED

The course was very interesting and learning the skill set in the classroom to apply in real life situations is invaluable.  It’s definitely about … END_OF_DOCUMENT_TOKEN_TO_BE_REPLACED

As a ghostwriter, I negotiate contracts often, and for “invisible” goods. …Margaret has taught me how to appeal to a prospect’s often hidden needs a… END_OF_DOCUMENT_TOKEN_TO_BE_REPLACED

It [Bridges to Consensus] lends itself specifically to church issues, while making itself significantly useful for understanding communications in any… END_OF_DOCUMENT_TOKEN_TO_BE_REPLACED

Working with Margaret helped me understand that conflict does not automatically have to mean confrontation. Now I know how to seek solutions that bene… END_OF_DOCUMENT_TOKEN_TO_BE_REPLACED

Margaret Anderson was instrumental in helping me hone my skills so that I could sort out, get clear, select, and land a “practically perfect” new busi… END_OF_DOCUMENT_TOKEN_TO_BE_REPLACED

It has been said that one of the best ways to teach is through story. In Love on the Rocks with a Twist, Margaret Anderson teaches the fine art of con… END_OF_DOCUMENT_TOKEN_TO_BE_REPLACED

As a ghostwriter, I negotiate contracts often, and for “invisible” goods. …Margaret has taught me how to appeal to a prospect’s often hidden needs a… END_OF_DOCUMENT_TOKEN_TO_BE_REPLACED

A Go-To Reference & Entertaining Read in One Book: Delightful fiction, indeed! Each of the stories is a standalone pleasure. I especially enjoyed the … END_OF_DOCUMENT_TOKEN_TO_BE_REPLACED