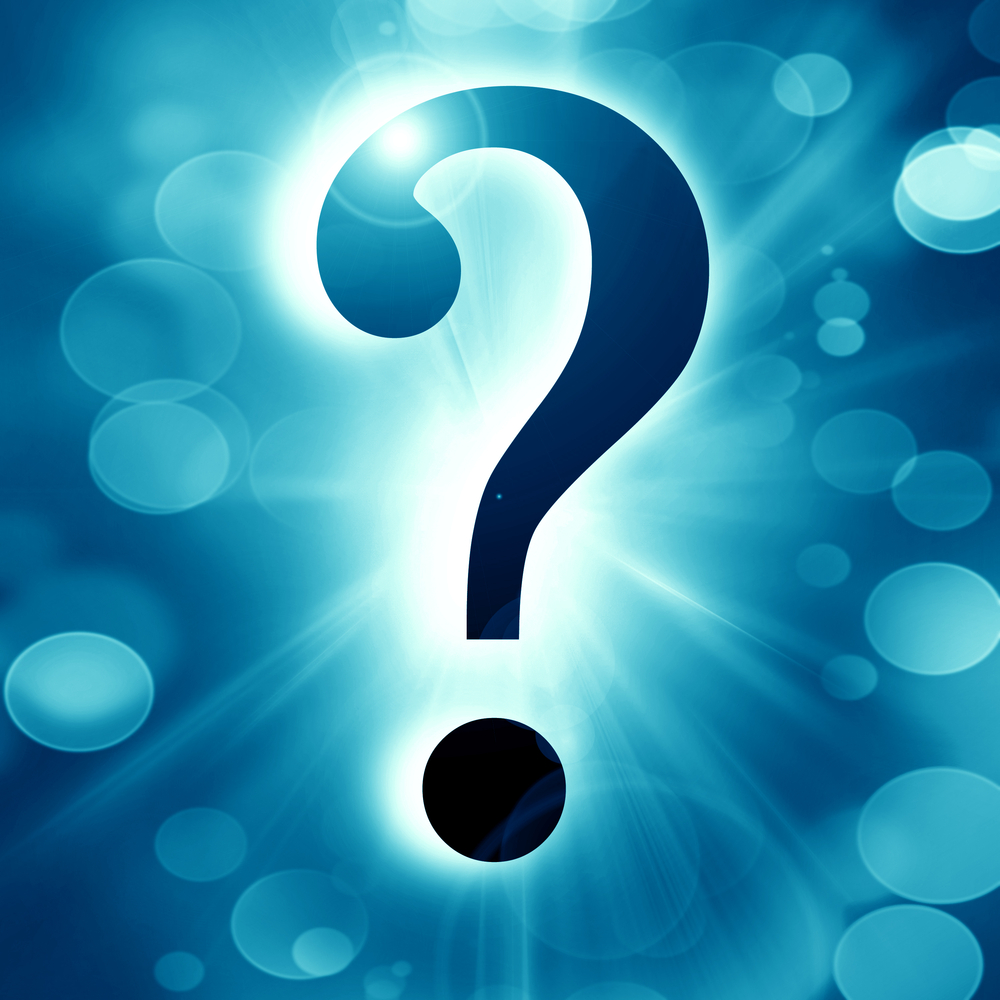 A friend asked me to please make an audio version of my latest book. He has “long Covid,” symptoms that continue indefinitely after a person is no longer infected with the virus. My friend has trouble reading text.

Also, different people learn best in different ways. An audiobook would make all the difference for those who naturally learn well by listening but not by reading.

If the only people who listened to an audio version of my book were those who can learn better by listening, I would certainly make that audiobook. Women Can Renew the World If…and So Can You, however, is not appropriate for those who like to listen to books while they’re doing something else, such as household chores. You might do that with a novel, but not a meaty nonfiction work. Multitasking is a myth. When we try to do two things at once, the brain allocates resources. It does not, indeed can not, give full attention to either of the two tasks.

So what’s wrong with that? Wouldn’t I rather someone at least pick up a few ideas from my book than none at all? Therein lies the first dilemma. Women Can Renew the World If…and So Can You is such that missing some words, or even whole sentences, can lead to misunderstanding. One sentence may qualify another. Most passages are needed to understand later passages. If you only take in one concept, but not related concepts, you not only won’t get the picture, you can get the wrong picture.

What’s more, this is a teaching book. Most of the How To segments include exercises. You need to make note of your answers. You can’t do that while loading the dishwasher.

The Dilemma Becomes a Moral One

Even so, I would tip the scale in favor of the audiobook except…. Click here to see a small portion of an Oprah Winfrey TV show that dramatically influenced my life. YouTube published the show in segments. The link I gave just above is to Part 4, but I encourage you to watch the other parts as well.

About three minutes into Part 4, Oprah calls on an audience member to illuminate the brain science. He shows a slide of a view through a car windshield when the driver is not talking on the phone. Then he shows the same view when the driver is on the phone, even hands-free. The way the brain allocated resources with the driver on the phone was to narrow the peripheral vision. The man showed another pair of slides as well. In the no-phone slide, one can see objects, such as a bicycle, that we can’t see in the on-phone slide.

The slides were the heaviest incentive in the show for me to take Oprah’s “no phone zone” pledge: I don’t talk on the phone while driving, and I don’t talk to anybody else while they’re driving. If I believe so strongly that even talking on the phone could result in a serious or fatal accident, how can I, in good conscience, make an audio book? The distraction of phoning pales in comparison to the distraction of focusing on a meaty book, full of information and exercises.

Some Ideas of My Own

I thought of making the audiobook script begin with something like this:

Author’s Note: Thanks so much for purchasing Women Can Renew the World If…and So Can You. You’ll find this book packed with information you’ll want to remember. The information in one passage helps you understand the next. You won’t want to miss anything. You’ll want to work the hands-on how-to exercises. So to get the most out of Women Can Renew the World If…and So Can You, please listen when you can devote your full attention to the text and be prepared to make note of your exercise answers. I especially implore you not to listen to this book while driving. Even talking on the phone hands-free while driving causes the brain to narrow your peripheral vision. Imagine what the brain will do if you drive while concentrating on an instructional work. I want you to get the most out of this book, and I don’t want you to hurt yourself or someone else while trying to do so behind the wheel. So, please, save it for when you’re not on the go.

Studies, however, indicate that many people think others should not talk or text while driving, but that they themselves can do it safely. If I make an audiobook, I believe some people will still try to listen while driving. Some might even take the Author’s Note as a challenge to prove they can multitask. Some may think they’ll get enough if they only catch certain phrases here and there (which they won’t), but even then, they are still far more distracted than one who’s on the phone.

I’m wondering if there might be a way for a person who clicks to buy the audiobook get redirected to a page with some of the information above and asking them to click “Agree” to not listen behind the wheel. Taking a stand in writing can be a powerful incentive, but even so, some would probably ignore their agreement.

As you can see, I’m undecided. This is a blog post in which I hope to learn from you.

I’d like to hear what you all think about my ideas just above. Even more I’d like to know if you have other ideas for me to publish an audiobook safely, with a clear conscience. You can use the comment space below, the contact page of my website, or direct email. Or just let me know if you would rather discuss your ideas by phone.

Margaret Anderson’s presentation takes the wisdom of Ben Franklin’s stated virtue: “Speak not but what may benefit others or yourself” into the realm … END_OF_DOCUMENT_TOKEN_TO_BE_REPLACED

While reading “Bridges to Consensus”, I volunteered to organize a project with my quilt bee, 15 professional, talented, and strongly-opinionated w… END_OF_DOCUMENT_TOKEN_TO_BE_REPLACED

Thank you. It was a pleasure attending your class. It taught me to ask “Why?” when I am trying to resolve an issue. I learned a lot and am happy I had… END_OF_DOCUMENT_TOKEN_TO_BE_REPLACED

Although the book [Bridges to Consensus] is written with clergy in mind, I was instantly engrossed in the material and could see my way to using her s… END_OF_DOCUMENT_TOKEN_TO_BE_REPLACED

So much of our daily communication consists of argument, I’m delighted to learn new methods that remove the argument and place both parties on the roa… END_OF_DOCUMENT_TOKEN_TO_BE_REPLACED

My life has gone much more smoothly since taking your class.  Be it a discussion with…or a coworker, there is less stress and more preferable resul… END_OF_DOCUMENT_TOKEN_TO_BE_REPLACED

I believe Bridges to Consensus applies to every facet of our lives… It doesn’t knock you over like a fire hose. It enters your spirit quietly and ge… END_OF_DOCUMENT_TOKEN_TO_BE_REPLACED

It Strikes a Chord: I’ve spent a lifetime reading stories, and I’m not easy to please. This little pocketful kept me pleasurably engaged all the way t… END_OF_DOCUMENT_TOKEN_TO_BE_REPLACED

The course was very interesting and learning the skill set in the classroom to apply in real life situations is invaluable.  It’s definitely about … END_OF_DOCUMENT_TOKEN_TO_BE_REPLACED

As a ghostwriter, I negotiate contracts often, and for “invisible” goods. …Margaret has taught me how to appeal to a prospect’s often hidden needs a… END_OF_DOCUMENT_TOKEN_TO_BE_REPLACED

It [Bridges to Consensus] lends itself specifically to church issues, while making itself significantly useful for understanding communications in any… END_OF_DOCUMENT_TOKEN_TO_BE_REPLACED

Working with Margaret helped me understand that conflict does not automatically have to mean confrontation. Now I know how to seek solutions that bene… END_OF_DOCUMENT_TOKEN_TO_BE_REPLACED

Margaret Anderson was instrumental in helping me hone my skills so that I could sort out, get clear, select, and land a “practically perfect” new busi… END_OF_DOCUMENT_TOKEN_TO_BE_REPLACED

It has been said that one of the best ways to teach is through story. In Love on the Rocks with a Twist, Margaret Anderson teaches the fine art of con… END_OF_DOCUMENT_TOKEN_TO_BE_REPLACED

As a ghostwriter, I negotiate contracts often, and for “invisible” goods. …Margaret has taught me how to appeal to a prospect’s often hidden needs a… END_OF_DOCUMENT_TOKEN_TO_BE_REPLACED

A Go-To Reference & Entertaining Read in One Book: Delightful fiction, indeed! Each of the stories is a standalone pleasure. I especially enjoyed the … END_OF_DOCUMENT_TOKEN_TO_BE_REPLACED