What You Gain from Listening 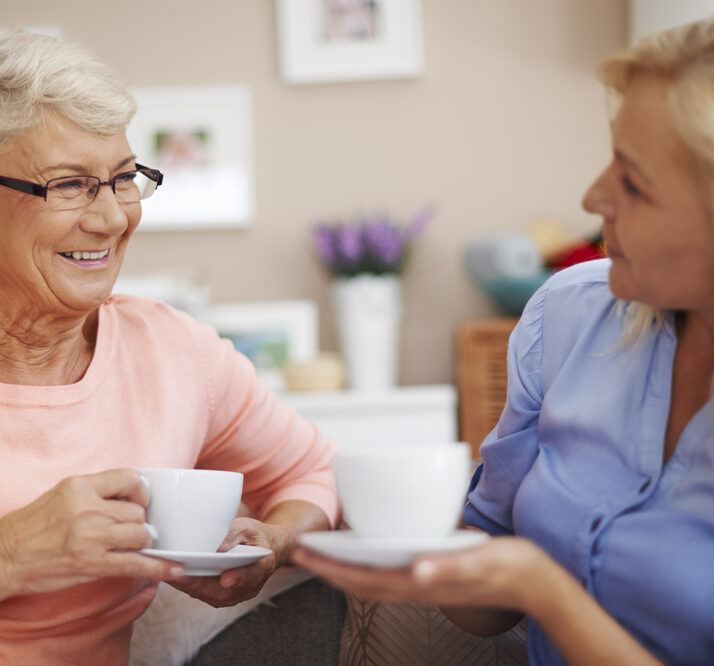 Today I read an interesting quote from Alan Alda, “Listening is being able to be changed by the other person.” That quote might seem a little scary at gut level. Why?  In these times of such extreme polarization, we might think that listening could mean we change into what the other person is or believing ideas that we  currently consider abhorrent.

Another reason involves our brain wiring, wiring that evolved for survival in prehistoric times but does not always serve us well these days. From my upcoming book, Women Can Renew the World If…and So Can You:

We are wired to remain consistent with positions we have taken. This helps others to trust us…. The drive for consistency is so irresistible that people can use it to manipulate others into making decisions that are clearly against their better interests. Cult leaders use people’s commitments to a belief or a cause to draw them into suicide pacts, such as those of the Heaven’s Gate and Jonestown cults.

If, however, we listen skillfully, we have more to gain than to lose.

I posted the Alan Alda quote to a Facebook group I administer, asking group members when listening to someone else changed them in a good way. One member wrote:

Thinking of so many times I have learned that there is more to a person than I realized, when I kept listening past things that were irritating. E.g., some folks (not I!

) have hobbyhorses and I admit to glazing over a bit when they start talking about the thing they have talked about before. And then, when I have paid more attention and really listened, they have moved on past that and showed themselves to be really deep, thoughtful people who had a lot more in their hearts than that one issue.

A good way to help a person who repeats themself to move on is to paraphrase their idea back to them before attempting to introduce a different point of view. If you counter argue, they think you didn’t get their point the first three times, so they say it still again.

You Don’t Have to Listen to Everything

In particular, you don’t have to listen to, or read, toxic matter, such as ranting and raving or hate speech. I don’t listen to any 24 hour news channel pundits. I don’t watch such channels at all. I read the most objective news sources I can find.

What if someone starts a passionate political or religious discussion? In Women Can Renew the World If…, I write about cost benefit analysis with respect to prospective conversations–not about money, but rather time and mental and emotional energy. The costs of trying to change the mind of an extremist are so high, and the chances of success are so low, that it’s better to exit the conversation in a way that neither  shuts the door on a future discussion nor leaves the other person thinking you agree with them. “I have some other ideas about this, but I think it’s time for a break.”

In fact, in any discussion that raises emotions that make it difficult for you to continue the conversation, which is only human, it’s better to wait until if and when you can keep your cool. (Women Can Renew the World If… includes a section on keep your cool fitness training.)

Once, at a luncheon meeting, I sat beside a man who spoke favorably about a local gynecologist whom I knew to be extremely and vocally against a woman’s right to decide.[1] It was a high-cost, low-benefit topic to pursue, but Instead of expressing my own opinion, I asked the man why he thought so well of the doctor. He replied, “For one thing, he saved my wife’s life.” No fear of him changing me into an anti-abortionist, but I saw him as more human. He may or may not have supported women’s decision, but he loved his wife. Asking a question and listening to the answer prevented me from vilifying him, and that’s a good thing.

Interest based consensus building and persuasion are all about discovering various ways to satisfy the interests and concerns of both parties. Asking open questions and listening carefully to the answers open up alternatives from which the parties can choose. A simple, low stakes example from Women Can Renew the World If…: “Pearl and her coworker Bill are going to lunch. Pearl suggests a salad bar, but George really wants Italian food. They could settle for a lukewarm compromise, such as a mediocre pizza slice bar that serves side salads.”

But by asking each other’s reasons for their preferences and explaining their own reasons, they might discover that Pearl wants an extensive salad bar that includes lots of different kinds of vegetables, fruit, meat, and tasty toppings because she had a heavy meal last night. Bill has to work late and wants a heavy meal to see him through without supper. Pearl might suggest, “Jason’s Deli has excellent pasta and meatballs as well as a very extensive salad bar that would satisfy my wish for a complete, but light, meal.”

And, yes, this does work in more serious situations.

Spend 15 or 20 minutes this evening thinking about a time when someone really listened to you and let you know they understood. They didn’t necessarily say they agreed, but you could tell they understood. How did that affect your inclinations toward that person?

[1] I prefer “decision” to “choice” because the latter seems to me to trivialize a decision the few women take lightly.

Margaret Anderson’s presentation takes the wisdom of Ben Franklin’s stated virtue: “Speak not but what may benefit others or yourself” into the realm … END_OF_DOCUMENT_TOKEN_TO_BE_REPLACED

While reading “Bridges to Consensus”, I volunteered to organize a project with my quilt bee, 15 professional, talented, and strongly-opinionated w… END_OF_DOCUMENT_TOKEN_TO_BE_REPLACED

Thank you. It was a pleasure attending your class. It taught me to ask “Why?” when I am trying to resolve an issue. I learned a lot and am happy I had… END_OF_DOCUMENT_TOKEN_TO_BE_REPLACED

Although the book [Bridges to Consensus] is written with clergy in mind, I was instantly engrossed in the material and could see my way to using her s… END_OF_DOCUMENT_TOKEN_TO_BE_REPLACED

So much of our daily communication consists of argument, I’m delighted to learn new methods that remove the argument and place both parties on the roa… END_OF_DOCUMENT_TOKEN_TO_BE_REPLACED

My life has gone much more smoothly since taking your class.  Be it a discussion with…or a coworker, there is less stress and more preferable resul… END_OF_DOCUMENT_TOKEN_TO_BE_REPLACED

I believe Bridges to Consensus applies to every facet of our lives… It doesn’t knock you over like a fire hose. It enters your spirit quietly and ge… END_OF_DOCUMENT_TOKEN_TO_BE_REPLACED

It Strikes a Chord: I’ve spent a lifetime reading stories, and I’m not easy to please. This little pocketful kept me pleasurably engaged all the way t… END_OF_DOCUMENT_TOKEN_TO_BE_REPLACED

The course was very interesting and learning the skill set in the classroom to apply in real life situations is invaluable.  It’s definitely about … END_OF_DOCUMENT_TOKEN_TO_BE_REPLACED

As a ghostwriter, I negotiate contracts often, and for “invisible” goods. …Margaret has taught me how to appeal to a prospect’s often hidden needs a… END_OF_DOCUMENT_TOKEN_TO_BE_REPLACED

It [Bridges to Consensus] lends itself specifically to church issues, while making itself significantly useful for understanding communications in any… END_OF_DOCUMENT_TOKEN_TO_BE_REPLACED

Working with Margaret helped me understand that conflict does not automatically have to mean confrontation. Now I know how to seek solutions that bene… END_OF_DOCUMENT_TOKEN_TO_BE_REPLACED

Margaret Anderson was instrumental in helping me hone my skills so that I could sort out, get clear, select, and land a “practically perfect” new busi… END_OF_DOCUMENT_TOKEN_TO_BE_REPLACED

It has been said that one of the best ways to teach is through story. In Love on the Rocks with a Twist, Margaret Anderson teaches the fine art of con… END_OF_DOCUMENT_TOKEN_TO_BE_REPLACED

As a ghostwriter, I negotiate contracts often, and for “invisible” goods. …Margaret has taught me how to appeal to a prospect’s often hidden needs a… END_OF_DOCUMENT_TOKEN_TO_BE_REPLACED

A Go-To Reference & Entertaining Read in One Book: Delightful fiction, indeed! Each of the stories is a standalone pleasure. I especially enjoyed the … END_OF_DOCUMENT_TOKEN_TO_BE_REPLACED