Charlie and the Silver Rule of Consensus, Part I 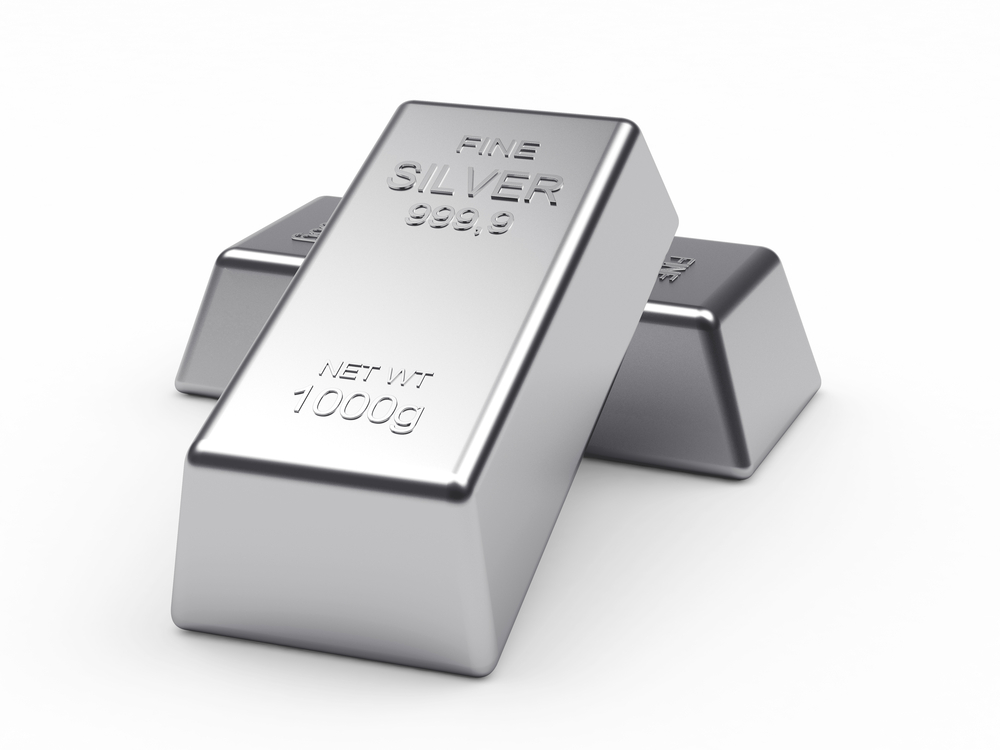 Pretty much every religion had some leader or sage who pronounced a Golden Rule—we should treat others as we ourselves would like to be treated.

You’d have to look pretty hard to find a member of any of these religions who disagrees with this principle.  So sometimes people wonder why those in their congregations and charitable organizations who believe in the Golden Rule still offend or hurt one another or get into conflicts.

Why isn’t the Golden Rule enough?

One reason is that not everybody wants to be treated the same way in any given situation, so even when we treat others as we would like to be treated, we may still offend them.

Here’s an example from my book, Bridges to Consensus–in Congregations:

Charlie chairs a committee on ministry to the homeless. He’s a good leader, hardworking, and has a great attitude. However, Charlie often mispronounces words such as “indigent.” He says, “in-DYE-gent.”

All the other committee members would ideally like Charlie to correct his pronunciation. Each  thinks they would least offend him if they treat him as they would like to be treated if the shoe were on their foot.

There is no telling which, if any, of these approaches Charlie would prefer, but if a committee member tries a different approach from Charlie’s preference, they will probably offend him. Any one of these people might have done unto Charlie as they’d like Charlie to do unto them, and still offended him.

Truth be told, it may be that Charlie will take offense no matter which approach someone takes with him, because any attempt to correct his pronunciation makes Charlie wrong. And like all humankind, Charlie is biologically wired to resist being wrong.

I picked up the terms “made wrong” and “wrong making” From Dr. Gregory W. Lester’s book, Power with People. We don’t mean that one can cause another person to actually be wrong. Rather, these terms mean speaking to another person in a way that tells them you think they are wrong.

For example: overtly telling someone they are wrong, as by contradicting, arguing, correcting or reprimanding; indirectly implying that someone is wrong by a should statement like “you should put in more volunteer time”; wrong making can even be non-verbal—heaving a sigh or rolling one’s eyes.

However they do it, when we feel others are trying to cast us as wrong, we instinctively push back.

We actually react physiologically when our important concepts are contradicted.

Viktor Frankl wrote about prisoners who sickened and died when their beliefs about getting home for the new year were proved wrong. We react physically because the threat is physical.

Think about the prehistoric times when most of our brain wiring evolved. If one member of a group hunting a dangerous animal got the signals wrong, one or more of them could be injured or killed. If a member of a tribe got the rules of behavior wrong, that person might be driven out of the tribe and would not likely survive on their own.

So we are biologically programmed to resist being made wrong in three predictable ways.

It begins in childhood. The first way of resisting wrong-making is denial. Let’s say you walk past your daughter’s room and you hear the television. You call out, “Dandelion, do your homework.” She replies, “I am doing my homework.”

The second way of pushing back is rationalizing. “Dandie, I told you to do your homework, and I can hear the TV.” “ But Mom, I’m watching PBS. It’s educational.”

The third way of resisting is projection. One tries to relieve their own discomfort at being made wrong by making someone else even more wrong. You walk into your daughter’s bedroom, see her watching television and say, “I told you to do your homework, and you aren’t.” “Well I was doing my homework until a few minutes ago, but Bubba’s been out riding his bike ever since we got home from school.”

When adults project, instead of projecting wrong onto a third party, such as a sibling, they are more likely to project onto the one who made them wrong. Now that person projects back onto the first person, and the whole conversation spirals out of control.

Many of us think, if I were Charlie, I would want someone to correct my mistake, and I wouldn’t mind a bit, and that may be true. But different things are more important to different people, and the more important a person’s opinion, statement or behavior is to them, the more likely they are to resist when someone makes it wrong, and the harder they push back.

What if Charlie had a traumatic experience involving pronunciation as a child? Important beliefs, for example, religious or political opinions, are hot buttons. Accusations of moral or ethical  violations are big for most people.

Often, the biological reaction to being made wrong is temporary. The more mature and high-functioning we are, the more quickly we move past it. However, not everyone we disagree with is mature and high functioning, and we all occasionally lose it. Why put an extra hurdle, an extra delay, in the way of agreement with unnecessary wrong making?

So I’ve coined what I call my “Silver Rule of Consensus”:  When you disagree with someone, and you want to persuade or reach consensus, avoid or minimize wrong-making.

For me, this was big, life changing. I’m of the temperament type Dr. Kiersey calls the “Rational.” Arguing, specifically logical argument, comes even more naturally to “Rationals” than to most people. It may work just fine in some situations, for example, if one is attempting to persuade a third party that the other is wrong, as in a trial or debate; or if the matter is not important or emotionally charged to the other person, such as a misunderstanding about what time a meeting is scheduled to start.

But when we disagree about something significant to us and/or the other person, and we want consensus, arguing doesn’t work out so well. It is inefficient at best, and often ineffective. At worst, it can drive an even bigger wedge between the two parties by causing both to dig their heels in deeper to their original positions.

So, if directly contradicting doesn’t work so well, what do we do instead? Stay tuned for Part II, next week. Meanwhile, you can read more about the Silver Rule in my book Bridges to Consensus.

Margaret Anderson’s presentation takes the wisdom of Ben Franklin’s stated virtue: “Speak not but what may benefit others or yourself” into the realm … END_OF_DOCUMENT_TOKEN_TO_BE_REPLACED

While reading “Bridges to Consensus”, I volunteered to organize a project with my quilt bee, 15 professional, talented, and strongly-opinionated w… END_OF_DOCUMENT_TOKEN_TO_BE_REPLACED

Thank you. It was a pleasure attending your class. It taught me to ask “Why?” when I am trying to resolve an issue. I learned a lot and am happy I had… END_OF_DOCUMENT_TOKEN_TO_BE_REPLACED

Although the book [Bridges to Consensus] is written with clergy in mind, I was instantly engrossed in the material and could see my way to using her s… END_OF_DOCUMENT_TOKEN_TO_BE_REPLACED

So much of our daily communication consists of argument, I’m delighted to learn new methods that remove the argument and place both parties on the roa… END_OF_DOCUMENT_TOKEN_TO_BE_REPLACED

My life has gone much more smoothly since taking your class.  Be it a discussion with…or a coworker, there is less stress and more preferable resul… END_OF_DOCUMENT_TOKEN_TO_BE_REPLACED

I believe Bridges to Consensus applies to every facet of our lives… It doesn’t knock you over like a fire hose. It enters your spirit quietly and ge… END_OF_DOCUMENT_TOKEN_TO_BE_REPLACED

It Strikes a Chord: I’ve spent a lifetime reading stories, and I’m not easy to please. This little pocketful kept me pleasurably engaged all the way t… END_OF_DOCUMENT_TOKEN_TO_BE_REPLACED

The course was very interesting and learning the skill set in the classroom to apply in real life situations is invaluable.  It’s definitely about … END_OF_DOCUMENT_TOKEN_TO_BE_REPLACED

As a ghostwriter, I negotiate contracts often, and for “invisible” goods. …Margaret has taught me how to appeal to a prospect’s often hidden needs a… END_OF_DOCUMENT_TOKEN_TO_BE_REPLACED

It [Bridges to Consensus] lends itself specifically to church issues, while making itself significantly useful for understanding communications in any… END_OF_DOCUMENT_TOKEN_TO_BE_REPLACED

Working with Margaret helped me understand that conflict does not automatically have to mean confrontation. Now I know how to seek solutions that bene… END_OF_DOCUMENT_TOKEN_TO_BE_REPLACED

Margaret Anderson was instrumental in helping me hone my skills so that I could sort out, get clear, select, and land a “practically perfect” new busi… END_OF_DOCUMENT_TOKEN_TO_BE_REPLACED

It has been said that one of the best ways to teach is through story. In Love on the Rocks with a Twist, Margaret Anderson teaches the fine art of con… END_OF_DOCUMENT_TOKEN_TO_BE_REPLACED

As a ghostwriter, I negotiate contracts often, and for “invisible” goods. …Margaret has taught me how to appeal to a prospect’s often hidden needs a… END_OF_DOCUMENT_TOKEN_TO_BE_REPLACED

A Go-To Reference & Entertaining Read in One Book: Delightful fiction, indeed! Each of the stories is a standalone pleasure. I especially enjoyed the … END_OF_DOCUMENT_TOKEN_TO_BE_REPLACED