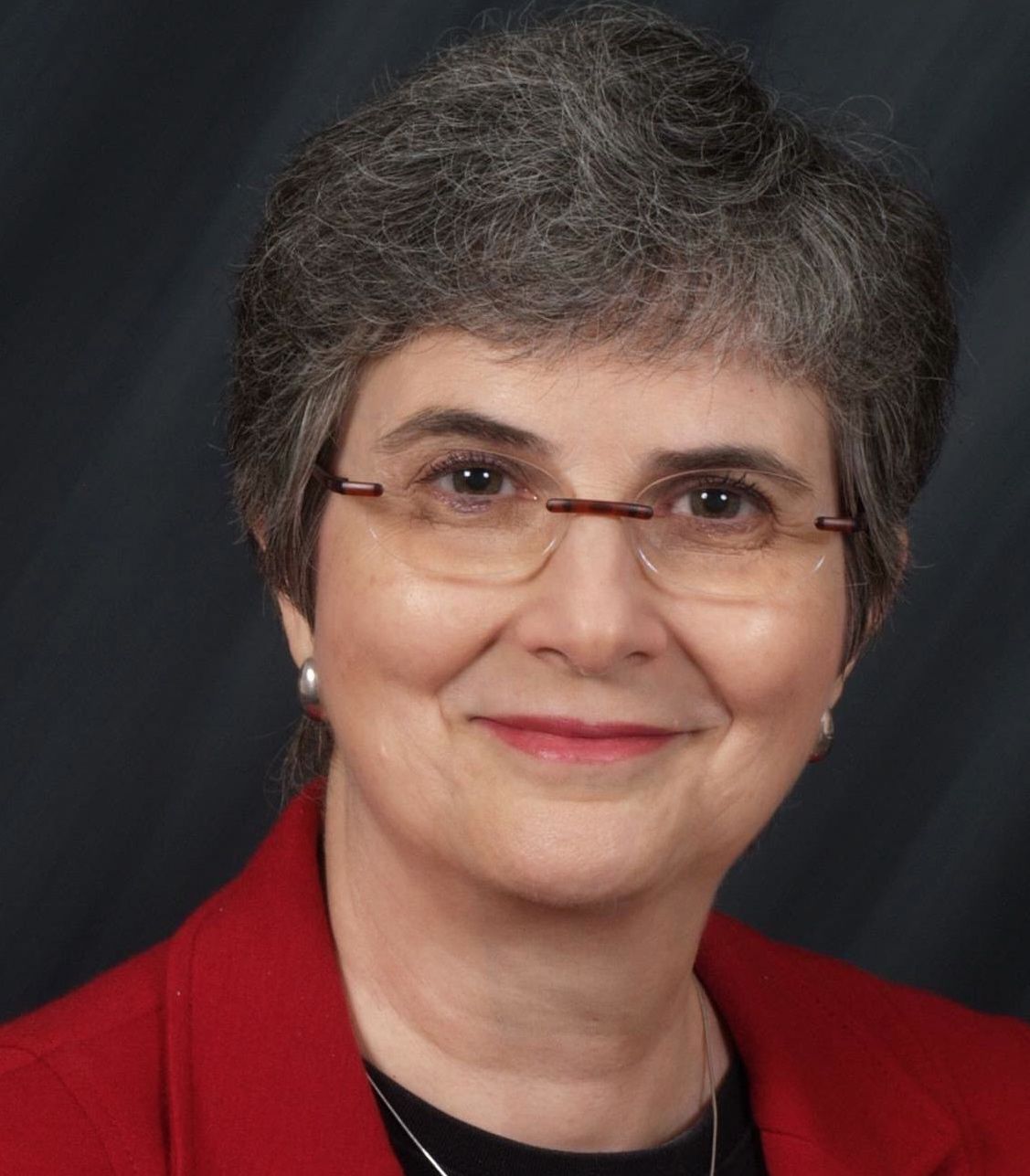 I’m so encouraged by the interest people are showing in my book in progress Women Can Renew the World IF…and So Can You. I previously posted a sneak preview excerpt to my blog, and got favorable reactions. So here’s another sneak peek for you. This is one of the exercises in the book. It features one of my favorite books/movies, The Lord of the Rings–The Two Towers.

Be sure to actually try the exercise! And let me know how you do.

Exercise: What Happens When People Don’t Talk about Interests

Think of touchy conversations you have witnessed, but in which neither you nor anyone close to you has been involved. A good way to come up with these is to consider fictional works such as novels, movies or TV shows.

Here’s my example from the movie The Lord of the Rings—The Two Towers. The hobbit, Frodo, takes on a dangerous quest to destroy an evil Ring. Another hobbit, Sam, travels with him. Along the way, they meet Gollum, a hobbit-like creature who once possessed the Ring. Corrupted by the Ring, Gollum transformed into a treacherous but pitiful little monster.

The hobbits are justifiably suspicious of Gollum, who views them as having stolen his Ring and would do anything to get it back. Gollum, in turn, hates the hobbits. Still, they need one another, and so, join forces.

Tensions between Frodo and Gollum begin to ease when Frodo calls Gollum by his real name, Smeagol, which Gollum has not heard in centuries. Smeagol joyfully banishes Gollum, the nasty half of his split personality. All turns sour, however, after a ranger, Faramir, captures Frodo and Sam.

Drawn by the Ring, Smeagol follows them to Faramir’s cave and enters a pool, not knowing the water is forbidden. When Faramir discovers Smeagol, he fetches Frodo to the pool to see archers with bows drawn, aimed at Smeagol. They will shoot unless Frodo gets Smeagol out of the water. Frodo coaxes Smeagol from the pool, but Smeagol only knows that Frodo, his “master,” called him, and he went. Then, full-sized men beat and kicked him during interrogation.

When Faramir releases the three, they remain together because they still need one another, but all trust between Frodo and Smeagol is lost. Gollum has returned.

This type of situation often arises in fiction, and always frustrates me. If either character had asked or answered the magic question, “Why?” everything could have been different.

I’m a well-trained fiction writer myself. My book Love on the Rocks with a Twist is based on a series of stories I wrote, each followed by study notes on what the characters did well or could have done better in terms of communication skills. I know that conflict keeps readers turning pages and viewers from changing channels. Yet, I find conflict from failure to communicate particularly aggravating because it’s so unnecessary.

My dear old English professor would remind me that this is what makes tragedies tragic; the characters cause their own problems. Yet, the persuasion coach in me can’t help wanting Frodo to appeal to Smeagol’s interests and explain his own interests.

If Smeagol had simply asked Frodo why he betrayed him, Frodo would have explained how it was the only way that he could save Smeagol’s life. It was unlikely, though, that Smeagol would make the first move. His trust, his separation from Gollum, was still so embryonic, that all the old suspicions, fears and hatred returned in greater force after his capture and beating.

Frodo, however, stood in a better position to explain his interests to Gollum. Gollum would only be released from Faramir’s custody in the company of Frodo and Sam. Thus, Frodo could have commanded Gollum’s attention while he explained:

Frodo: There were half a dozen archers all aiming their arrows at you. I was a prisoner already. They would spare your life only if I got you out of the forbidden pool.

Frodo: Because if I had, you would have had six arrows in your body before you could take one step.

Gollum: I don’t believe you. You wanted them to capture me because you wanted to keep the Ring.

Frodo: If I wanted them to capture you, I would have told them about you as soon as they captured me. They had spotted you and asked me about you. I lied for you, Smeagol, I told them there was no one else with Sam and me.

It wouldn’t make for such compelling fiction, but if these characters had been real people, it would have been a better approach.

Gollum might not have come around immediately, but he might have thought about what Frodo said. He might have suspended judgment and waited to see how things developed. Frodo could have kept the doors to trust open.

Can you think of a real life situation in which clarifying your interests might have led to a better result?

Margaret Anderson’s presentation takes the wisdom of Ben Franklin’s stated virtue: “Speak not but what may benefit others or yourself” into the realm … END_OF_DOCUMENT_TOKEN_TO_BE_REPLACED

While reading “Bridges to Consensus”, I volunteered to organize a project with my quilt bee, 15 professional, talented, and strongly-opinionated w… END_OF_DOCUMENT_TOKEN_TO_BE_REPLACED

Thank you. It was a pleasure attending your class. It taught me to ask “Why?” when I am trying to resolve an issue. I learned a lot and am happy I had… END_OF_DOCUMENT_TOKEN_TO_BE_REPLACED

Although the book [Bridges to Consensus] is written with clergy in mind, I was instantly engrossed in the material and could see my way to using her s… END_OF_DOCUMENT_TOKEN_TO_BE_REPLACED

So much of our daily communication consists of argument, I’m delighted to learn new methods that remove the argument and place both parties on the roa… END_OF_DOCUMENT_TOKEN_TO_BE_REPLACED

My life has gone much more smoothly since taking your class.  Be it a discussion with…or a coworker, there is less stress and more preferable resul… END_OF_DOCUMENT_TOKEN_TO_BE_REPLACED

I believe Bridges to Consensus applies to every facet of our lives… It doesn’t knock you over like a fire hose. It enters your spirit quietly and ge… END_OF_DOCUMENT_TOKEN_TO_BE_REPLACED

It Strikes a Chord: I’ve spent a lifetime reading stories, and I’m not easy to please. This little pocketful kept me pleasurably engaged all the way t… END_OF_DOCUMENT_TOKEN_TO_BE_REPLACED

The course was very interesting and learning the skill set in the classroom to apply in real life situations is invaluable.  It’s definitely about … END_OF_DOCUMENT_TOKEN_TO_BE_REPLACED

As a ghostwriter, I negotiate contracts often, and for “invisible” goods. …Margaret has taught me how to appeal to a prospect’s often hidden needs a… END_OF_DOCUMENT_TOKEN_TO_BE_REPLACED

It [Bridges to Consensus] lends itself specifically to church issues, while making itself significantly useful for understanding communications in any… END_OF_DOCUMENT_TOKEN_TO_BE_REPLACED

Working with Margaret helped me understand that conflict does not automatically have to mean confrontation. Now I know how to seek solutions that bene… END_OF_DOCUMENT_TOKEN_TO_BE_REPLACED

Margaret Anderson was instrumental in helping me hone my skills so that I could sort out, get clear, select, and land a “practically perfect” new busi… END_OF_DOCUMENT_TOKEN_TO_BE_REPLACED

It has been said that one of the best ways to teach is through story. In Love on the Rocks with a Twist, Margaret Anderson teaches the fine art of con… END_OF_DOCUMENT_TOKEN_TO_BE_REPLACED

As a ghostwriter, I negotiate contracts often, and for “invisible” goods. …Margaret has taught me how to appeal to a prospect’s often hidden needs a… END_OF_DOCUMENT_TOKEN_TO_BE_REPLACED

A Go-To Reference & Entertaining Read in One Book: Delightful fiction, indeed! Each of the stories is a standalone pleasure. I especially enjoyed the … END_OF_DOCUMENT_TOKEN_TO_BE_REPLACED