Find the Communication Lessons in my Spooky Xmas Story 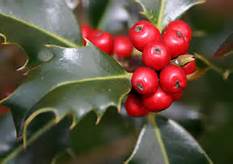 If you’ve read my books, you know that I use fiction to enhance my nonfiction work about consensus building, persuasion and communication. My first book, Bridges to Consensus, includes a number of realistic sample dialogues. Love on the Rocks with a Twist presents a series of short stories, each followed by study notes on what the characters did well or could have done better in their communications.

I have now written “Crinkle, Crumple, Crinkle” for a contest on spooky Christmas Stories sponsored by Women In Visual and Literary Arts (WIVLA). Like all my stories, this one provides communication skills lessons. Read it below. Then, try figure out what Iris did well and her dad could have done better.

Mom finished stitching “Iris” in golden thread on the Christmas stocking and held it up. “There.”

Mom chuckled. “You could get both legs in there. Then you’d have to hop around instead of walking.”

Dad crumpled his newspaper to look over the top. He didn’t look happy. “Don’t even think about wearing that stocking your mother made. You could tear it.”

But Iris couldn’t sleep. She crept downstairs, pulled the ottoman close to the fireplace, and took her stocking down. She climbed onto Mom’s chair and slid her legs inside.

“Umph! Ouch! Get your legs out of my bed, or I’ll bite your toe off!” said the stocking.

Quick as a bunny, Iris threw the stocking onto the carpet and squinched herself deep into the chair. As she stared at the stocking, a small gray head peeked out the top, such a light gray head that she could see right through it. The head had a pointy nose, pointy ears and a little pointy hat.

With a sigh, a little gray elf climbed out of the stocking. “My name used to be ‘Crinkle,’ but now it’s ‘Crumple.’”

“How did that happen?”

“I was one of Santa’s top elves. I had such a delicate touch that Santa chose me to stitch claws on Teddy bears’ toes. Sometimes Mumble and Jumble put too many toes on a bear, and I had to bite one off and stitch up the gap.”

Crinkle flopped onto his tummy, resting his head in his hands.

“But you said you were one of Santa’s top elves,” said Iris. Why aren’t you at the North Pole stitching Teddy toes?”

Crinkle sat up and crossed his legs. “Mumble and Jumble were jealous of me. One night, while I was sleeping, they rolled me up in my blanket and carried me out to the reindeer barn. They unrolled me into Prancer’s stall, and she accidentally stepped on me. Mumble and Jumble shouted ‘We’re changing your name from ‘Crinkle’ to ‘Crumple. Hahaha.’”

“I went back to the elf dormitory and yelled at Mumble and Jumble, but they couldn’t hear me or see me. That’s when I knew I was a ghost, so I ran away.”

“You can sleep in my stocking anytime you want,” said Iris, “but I don’t think you should let those bad elves change your name. I’ll call you ‘Crinkle,’ not ‘Crumple.’ Okay?”

She hung up the stocking and watched Crinkle jump inside.

On Christmas Eve, Iris told her parents all about Crinkle the ghost. Mom smiled and said, “You’re a kind and generous girl to help Crinkle reclaim his real name and let him sleep in your stocking.”

That night, Iris heard loud voices coming from her parents’ room. She crept down the hall and listened.

Dad replied, “A ghost elf? You shouldn’t encourage such nonsense. And she’s getting too old for magical thinking. Santa Claus! You should tell her the truth.”

Iris’ eyes felt wet and hot as she turned toward her room. She spotted Crinkle in the hall. He didn’t look happy.

But who could be sad on Christmas Day? As soon as Iris woke, she raced down to the living room. It was magical, no matter what Dad said. He and Mom loved the pictures Iris had painted for them.

Before she could even grab one candy cane from her stocking, Crinkle’s face popped out and winked at her.

While Dad was opening a present, Iris caught her mother’s eye and nodded at the stocking. Mom smiled and winked, just like Crinkle. Then Crinkle jumped out of the stocking and scampered away.

Soon it was time to dress for Christmas dinner at Auntie’s. Iris put on her new jeans and pulled her Christmas sweater over her head. As she reached for her shoes, she heard Dad’s voice, “Ouch. Ow! OW!”

She ran to her parents room and saw Dad kick off his shoe and yank off the sock.

His foot had only four toes—plus a few tidy stitches.

Don’t forget to send me your ideas about these characters’ communication skills. I’ll share my own ideas in my next post.

Margaret Anderson’s presentation takes the wisdom of Ben Franklin’s stated virtue: “Speak not but what may benefit others or yourself” into the realm … END_OF_DOCUMENT_TOKEN_TO_BE_REPLACED

While reading “Bridges to Consensus”, I volunteered to organize a project with my quilt bee, 15 professional, talented, and strongly-opinionated w… END_OF_DOCUMENT_TOKEN_TO_BE_REPLACED

Thank you. It was a pleasure attending your class. It taught me to ask “Why?” when I am trying to resolve an issue. I learned a lot and am happy I had… END_OF_DOCUMENT_TOKEN_TO_BE_REPLACED

Although the book [Bridges to Consensus] is written with clergy in mind, I was instantly engrossed in the material and could see my way to using her s… END_OF_DOCUMENT_TOKEN_TO_BE_REPLACED

So much of our daily communication consists of argument, I’m delighted to learn new methods that remove the argument and place both parties on the roa… END_OF_DOCUMENT_TOKEN_TO_BE_REPLACED

My life has gone much more smoothly since taking your class.  Be it a discussion with…or a coworker, there is less stress and more preferable resul… END_OF_DOCUMENT_TOKEN_TO_BE_REPLACED

I believe Bridges to Consensus applies to every facet of our lives… It doesn’t knock you over like a fire hose. It enters your spirit quietly and ge… END_OF_DOCUMENT_TOKEN_TO_BE_REPLACED

It Strikes a Chord: I’ve spent a lifetime reading stories, and I’m not easy to please. This little pocketful kept me pleasurably engaged all the way t… END_OF_DOCUMENT_TOKEN_TO_BE_REPLACED

The course was very interesting and learning the skill set in the classroom to apply in real life situations is invaluable.  It’s definitely about … END_OF_DOCUMENT_TOKEN_TO_BE_REPLACED

As a ghostwriter, I negotiate contracts often, and for “invisible” goods. …Margaret has taught me how to appeal to a prospect’s often hidden needs a… END_OF_DOCUMENT_TOKEN_TO_BE_REPLACED

It [Bridges to Consensus] lends itself specifically to church issues, while making itself significantly useful for understanding communications in any… END_OF_DOCUMENT_TOKEN_TO_BE_REPLACED

Working with Margaret helped me understand that conflict does not automatically have to mean confrontation. Now I know how to seek solutions that bene… END_OF_DOCUMENT_TOKEN_TO_BE_REPLACED

Margaret Anderson was instrumental in helping me hone my skills so that I could sort out, get clear, select, and land a “practically perfect” new busi… END_OF_DOCUMENT_TOKEN_TO_BE_REPLACED

It has been said that one of the best ways to teach is through story. In Love on the Rocks with a Twist, Margaret Anderson teaches the fine art of con… END_OF_DOCUMENT_TOKEN_TO_BE_REPLACED

As a ghostwriter, I negotiate contracts often, and for “invisible” goods. …Margaret has taught me how to appeal to a prospect’s often hidden needs a… END_OF_DOCUMENT_TOKEN_TO_BE_REPLACED

A Go-To Reference & Entertaining Read in One Book: Delightful fiction, indeed! Each of the stories is a standalone pleasure. I especially enjoyed the … END_OF_DOCUMENT_TOKEN_TO_BE_REPLACED