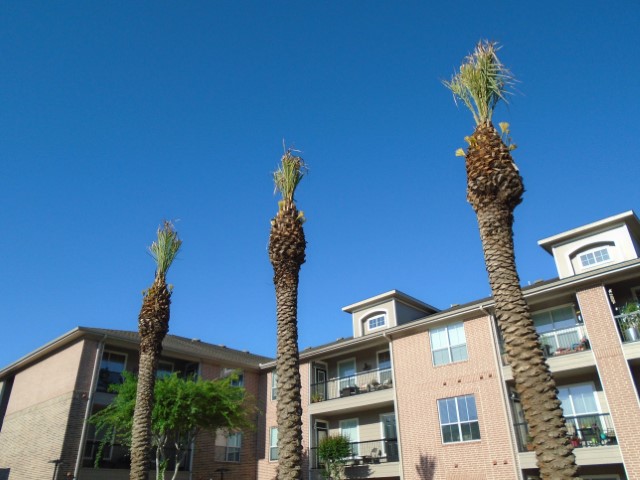 Here’s another potpourri blog for you all:

I just landed a video speaking engagement for the San Diego chapter of the Project Management Institute. My chosen topic is Five Top Communication Tips for Project Managers.

I have written about the downsides of videoconferencing, although it is, at present, safer than in-person meetings. The upside is that I can speak to groups anywhere in the world, and this is one example. While speaking about communication skills, I will also use my skills to keep the audience engaged, not losing interest, as so often happens in video conferences. Specifically, I will interrupt my talk about every 10-15 minutes and give the audience some type of participative activity. For example, I might ask them to think of a time when they tried to tell somebody something over and over, but the other person didn’t get it. I will invite them to share, and I will demonstrate how to alter what they tried to say in that past event so that the other person might better understand.

Here’s an amazing story of survival that came about through the efforts of a person in a desperate situation and the coincidence of a man with a very unusual hobby. https://www.washingtonpost.com/lifestyle/2021/04/22/lost-hiker-satelite-rescue/

Rene Compean became hopelessly lost while hiking off trail in mountains. The day was waning, the temperature dropping, the winds whipping. He really believed he was going to die, but he kept thinking, casting about for anything he might do to help himself. He periodically climbed higher when he could summon the strength, to more visible from the air, using a charred stick from a campfire to write SOS on rocks along the way.

He only had 10% battery life left on his phone. He took two pictures and texted them to a friend. Only one of the pictures got through, the less helpful one, a close shot of his legs beside some rocks. The friend send the picture to the LA County Sheriffs Dept., which in turn, tweeted, asking if local hikers could identify the location.

Amazingly, Ben Kuo, who received the tweet, loved looking for where photos were taken. After narrowing his search to the area near where Compean’s car was spotted, he used satellite images to find the type of rocks in the photo, and so, the approximate location of the lost hiker. From there, a rescue helicopter was able to spot and retrieve Compean.

Compean’s actions might seem far afield from persuasion, consensus building, and related communication skills. In fact, however, the two have a common mindset or approach to problems. In my interactional skill set, we begin with interests, what people ultimately want to achieve. The hiker’s main interest was survival. Thus, a key second interest was getting found.

When our first idea for achieving an interest won’t work for another party, or their first idea for achieving their interest won’t work for us, we look for other options. Compean looked for survival options. Before using up a precious bit of battery life, he looked for other means of communication and found the charred stick. He took time to think about how to use his 10% phone battery life.

Of course, a seemingly miraculous chain of events also happened. Kuo happened to see the sheriff’s tweet, to live so near that he recognized the type of rock, and to have special location-finding skills. But Compean’s text set them in motion. He could use up his remaining battery life, or get prepared to die. So why not try what he could? We see unbelievably awful things happening in the news, why not unbelievably good things, miracles?

Fortunately, you neither must nor should wait until you’re staring death in the face to begin practicing this problem-solving mindset and approach. Begin practicing on small problems, and you will find yourself building more mutually satisfactory consensuses in major consensus seeking endeavors.

Bert the Palm Tree (and his siblings)

Are you wondering about the image for this post? In the great Texas freeze in February, all the big palm tree fronds froze and eventually had to be removed. But, even then, new green growth was shooting up from the centers of the tops of the trees. The result reminded me of Bert the Muppet with his narrow forehead and little tuft of hair sticking up. And if you look carefully, in the bulbous part of the tree, you will see more new fronds already coming out where the old ones were cut. They look like little green hands with more than five fingers.

Another miracle, the miracle of renewal and regrowth.

When have you used problem-solving skills in an unusual way?

Margaret Anderson’s presentation takes the wisdom of Ben Franklin’s stated virtue: “Speak not but what may benefit others or yourself” into the realm … END_OF_DOCUMENT_TOKEN_TO_BE_REPLACED

While reading “Bridges to Consensus”, I volunteered to organize a project with my quilt bee, 15 professional, talented, and strongly-opinionated w… END_OF_DOCUMENT_TOKEN_TO_BE_REPLACED

Thank you. It was a pleasure attending your class. It taught me to ask “Why?” when I am trying to resolve an issue. I learned a lot and am happy I had… END_OF_DOCUMENT_TOKEN_TO_BE_REPLACED

Although the book [Bridges to Consensus] is written with clergy in mind, I was instantly engrossed in the material and could see my way to using her s… END_OF_DOCUMENT_TOKEN_TO_BE_REPLACED

So much of our daily communication consists of argument, I’m delighted to learn new methods that remove the argument and place both parties on the roa… END_OF_DOCUMENT_TOKEN_TO_BE_REPLACED

My life has gone much more smoothly since taking your class.  Be it a discussion with…or a coworker, there is less stress and more preferable resul… END_OF_DOCUMENT_TOKEN_TO_BE_REPLACED

I believe Bridges to Consensus applies to every facet of our lives… It doesn’t knock you over like a fire hose. It enters your spirit quietly and ge… END_OF_DOCUMENT_TOKEN_TO_BE_REPLACED

It Strikes a Chord: I’ve spent a lifetime reading stories, and I’m not easy to please. This little pocketful kept me pleasurably engaged all the way t… END_OF_DOCUMENT_TOKEN_TO_BE_REPLACED

The course was very interesting and learning the skill set in the classroom to apply in real life situations is invaluable.  It’s definitely about … END_OF_DOCUMENT_TOKEN_TO_BE_REPLACED

As a ghostwriter, I negotiate contracts often, and for “invisible” goods. …Margaret has taught me how to appeal to a prospect’s often hidden needs a… END_OF_DOCUMENT_TOKEN_TO_BE_REPLACED

It [Bridges to Consensus] lends itself specifically to church issues, while making itself significantly useful for understanding communications in any… END_OF_DOCUMENT_TOKEN_TO_BE_REPLACED

Working with Margaret helped me understand that conflict does not automatically have to mean confrontation. Now I know how to seek solutions that bene… END_OF_DOCUMENT_TOKEN_TO_BE_REPLACED

Margaret Anderson was instrumental in helping me hone my skills so that I could sort out, get clear, select, and land a “practically perfect” new busi… END_OF_DOCUMENT_TOKEN_TO_BE_REPLACED

It has been said that one of the best ways to teach is through story. In Love on the Rocks with a Twist, Margaret Anderson teaches the fine art of con… END_OF_DOCUMENT_TOKEN_TO_BE_REPLACED

As a ghostwriter, I negotiate contracts often, and for “invisible” goods. …Margaret has taught me how to appeal to a prospect’s often hidden needs a… END_OF_DOCUMENT_TOKEN_TO_BE_REPLACED

A Go-To Reference & Entertaining Read in One Book: Delightful fiction, indeed! Each of the stories is a standalone pleasure. I especially enjoyed the … END_OF_DOCUMENT_TOKEN_TO_BE_REPLACED