Part I, Lessons from the Capitol, Ashli Babbitt and Twitter 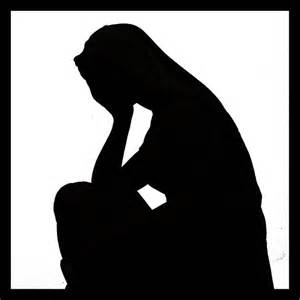 Ever since the insurrection on January 6, I’ve been debating what in the world to write. I decided to stay within my own field of expertise, specifically to the sub-categories of influence and communication. I begin with a true story that, from any perspective, is sad and sobering, the story of Ashli Babbitt, the insurrectionist shot by an officer while trying to break into the Speaker’s Lobby on the second floor of the U. S. Capitol. I see her as a criminal, but also a victim–of Twitter.

Influence: The Psychology of Persuasion by Robert Cialdini explains ways people who sell—whether they sell goods, services, opinions or ideologies—can influence us without our awareness, as I like to put it, below our conscious radar screens or “sub-radar.” One such influence is the hard-wired human need to remain consistent.

A chilling example comes from the Korean War. Whereas the North Koreans tried to coerce POWs’ cooperation through cruelty and punishment, the Chinese took a different, and much more successful, approach, their “lenient policy.” They began by asking the prisoner to make a seemingly inconsequential—and clearly true—statement like, “The United States is not perfect.” Once the prisoner took the position that the U.S. isn’t perfect, the interrogator could usually get him to build on it later, as by listing problems with the U. S. and signing the list. Now the prisoner has gone on record while also elaborating on U. S. imperfections. Still later, the prisoner agreed to discuss the list with other prisoners or write a more complete essay, which was then aired on radio broadcasts to other POW camps.

Cialdini writes, “Aware that he had written the essay without any strong threats or coercion, many times a man would change his image of himself to be consistent with the deed and with the new ‘collaborator’ label.” When an American escaped from a Chinese camp, at least one such ‘collaborator’ was willing to inform on him for as little as a bag of rice. The Chinese had a near perfect record for recapture.”

According to the article “The Journey of Ashli Babbitt [1], Babbitt voted for Barack Obama, and at the time of the 2016 election, she still tweeted about her praise and support for him. She stated that she voted for Donald Trump because she didn’t want to vote for Hillary Clinton. She took a position by voting, then, confirmed it in writing when she tweeted about it; she went on record. Step-by-step, she was drawn under the influence of such extremist groups as QAnon. Ultimately, she was willing to commit a serious crime and paid for it with her life.

Social Media Posts Are Not Conversations

I have written before about how attempting to “discuss” politics on social media is not only ineffective, it is counterproductive. It fires up those who already agree with you, so that they are disinclined to have real conversations, and worse, it causes those who disagree to dig their heels deeper into their own opinions because they, too, have gone on record with those opinions. Twitter is the worst because it limits the number of words a person can post. The fewer the words, the less likely that one can adequately explain things or temper an opinion. Ashli Babbit’s story shows how much worse it can get.

If, instead of so much tweeting, Babbitt had calmly, rationally discussed her political leanings with acquaintances, she might or might not have changed her mind, but it is certainly less likely that she would have turned into a violent criminal. Calm, rational conversations, however, are just what extremists don’t want. They operate on a principle expressed by Yoda in Star Wars, “Fear leads to anger. Anger leads to hate. Hate leads to suffering.” They want us to be too scared to attempt civilized conversations. They want us to hate and avoid those who might disagree with their extremist views.

The substitution of tweets and Facebook memes for civilized conversation is not the only problem with social media. There is a phenomenon with these media that gives people what I can best describe as a sense of quasi-anonymity, although that term doesn’t really catch the full essence of this gut level feeling. On social media, people feel less inhibited and express themselves in nasty ways that, at least in the past, they would never use to another person’s face. But having gotten used to this type of language, people are now more likely to use offensive terms; loud, threatening tones of voice; etc. when speaking in person.

Though I know that civilized conversation is our best hope to heal this country, even I hesitate to discuss politics with anyone of another persuasion out of pure, gut level fear. About six years ago, I was in the fitness room at the apartment complex where I live. A couple entered, and the man got onto a treadmill, turned on the TV, and tuned to a 24 hour news channel that I find not only biased, but inappropriately inflammatory in the way some of the journalist express their opinions. I told him I was almost finished, and asked if he would turn off the TV or change the channel for just a few minutes until I was done. The man jumped off the treadmill and came charging over to me pointing his finger in my face and shouting at me. I was so startled and frightened, that I didn’t know what to do. Fortunately, the man’s wife called him off. But I don’t use that fitness room anymore.

So What to Do?

Does this mean I’m asking everyone to swear off social media? No. I use it myself, but in limited ways. In Part II of this series, I will describe my ways of limiting social media activity, and suggest ways you can enjoy the benefits without creating risks to yourself and others

I believe Bridges to Consensus applies to every facet of our lives… It doesn’t knock you over like a fire hose. It enters your spirit quietly and ge… END_OF_DOCUMENT_TOKEN_TO_BE_REPLACED

Working with Margaret helped me understand that conflict does not automatically have to mean confrontation. Now I know how to seek solutions that bene… END_OF_DOCUMENT_TOKEN_TO_BE_REPLACED

Margaret Anderson’s presentation takes the wisdom of Ben Franklin’s stated virtue: “Speak not but what may benefit others or yourself” into the realm … END_OF_DOCUMENT_TOKEN_TO_BE_REPLACED

Although the book [Bridges to Consensus] is written with clergy in mind, I was instantly engrossed in the material and could see my way to using her s… END_OF_DOCUMENT_TOKEN_TO_BE_REPLACED

The course was very interesting and learning the skill set in the classroom to apply in real life situations is invaluable.  It’s definitely about … END_OF_DOCUMENT_TOKEN_TO_BE_REPLACED

So much of our daily communication consists of argument, I’m delighted to learn new methods that remove the argument and place both parties on the roa… END_OF_DOCUMENT_TOKEN_TO_BE_REPLACED

A Go-To Reference & Entertaining Read in One Book: Delightful fiction, indeed! Each of the stories is a standalone pleasure. I especially enjoyed the … END_OF_DOCUMENT_TOKEN_TO_BE_REPLACED

Margaret Anderson was instrumental in helping me hone my skills so that I could sort out, get clear, select, and land a “practically perfect” new busi… END_OF_DOCUMENT_TOKEN_TO_BE_REPLACED

While reading “Bridges to Consensus”, I volunteered to organize a project with my quilt bee, 15 professional, talented, and strongly-opinionated w… END_OF_DOCUMENT_TOKEN_TO_BE_REPLACED

It [Bridges to Consensus] lends itself specifically to church issues, while making itself significantly useful for understanding communications in any… END_OF_DOCUMENT_TOKEN_TO_BE_REPLACED

Thank you. It was a pleasure attending your class. It taught me to ask “Why?” when I am trying to resolve an issue. I learned a lot and am happy I had… END_OF_DOCUMENT_TOKEN_TO_BE_REPLACED

As a ghostwriter, I negotiate contracts often, and for “invisible” goods. …Margaret has taught me how to appeal to a prospect’s often hidden needs a… END_OF_DOCUMENT_TOKEN_TO_BE_REPLACED

It has been said that one of the best ways to teach is through story. In Love on the Rocks with a Twist, Margaret Anderson teaches the fine art of con… END_OF_DOCUMENT_TOKEN_TO_BE_REPLACED

My life has gone much more smoothly since taking your class.  Be it a discussion with…or a coworker, there is less stress and more preferable resul… END_OF_DOCUMENT_TOKEN_TO_BE_REPLACED

As a ghostwriter, I negotiate contracts often, and for “invisible” goods. …Margaret has taught me how to appeal to a prospect’s often hidden needs a… END_OF_DOCUMENT_TOKEN_TO_BE_REPLACED

It Strikes a Chord: I’ve spent a lifetime reading stories, and I’m not easy to please. This little pocketful kept me pleasurably engaged all the way t… END_OF_DOCUMENT_TOKEN_TO_BE_REPLACED