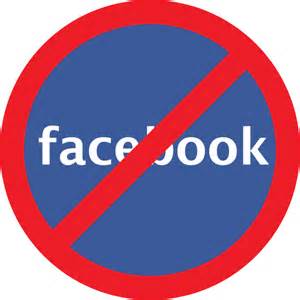 A few weeks ago, I heard from people I know personally–highly intelligent, educated and decent people–that the government was putting National Guard troops in place to quell riots and looting in connection with COVID19. As it happened, that same day, I had read from a fact checker about a hoax that sounded very similar to what I heard from my friends.

The story seemed unlikely. Yet, I couldn’t simply dismiss it. What if new information had become available after the fact checkers wrote their email? On the outside chance that this might be true, should I advise other friends? But even if it were true, what could any of us do about it but worry? And spreading the story could cause useless anxiety, even panic.

Later that day, the Mayor of Houston, along with the Chief of Police, held a news conference exposing this story as a hoax started via social media. The police chief emphasized that law enforcement organizations from the federal government on down had conclusive proof that, in the past, hostile foreign governments had started other hoaxes intended to frighten Americans and/or create controversy among us. He gave two examples: 1.That the Obama administration had been planning to confiscate all privately owned firearms; 2. That they (whoever “they” were) meant to tear down a huge statue of Sam Houston, the first president of the Republic of Texas, on interstate 45.

Because of the way the original social media post was worded and disseminated, the Chief thought it seemed very much like the sorts of posts that hostile foreign governments had used in the past. But he declared that, whether domestic or foreign, organization or individual, the perpetrator of this hoax would be found.

Both the Mayor and the Chief pleaded with people not to take things they see on social media at face value, but rather, seek information from reliable official sources.

The fact checker I mentioned above always gives the sources of any statements they check out. More and more often, since the beginning of COVID-19, the source is given as “viral image” or “viral post.”

Social media are neither reliable nor official sources of news.

Yet, a few years ago, I read, to my horror, that, in a survey about where people get news, a depressingly large number replied, “social media.” As a small business owner, I’d be foolish not to have some social media presence. Not to do so would be as if, thirty years ago, I were not using the Internet. But I use only two social media and spend as little time on them as possible.

Quite apart from the truth or falsehood of an allegation, there are other reasons to limit social media time. Facebook, for example, is awash in verbal hand wringing, what I call “ain’t-it-awful” talk. People aren’t telling friends anything they didn’t already know. All they do is wind people up, keep them focused on negatives, keep their emotions churned up. In other words, they’re doing the same things that hostile foreign governments try to do by posting hoaxes.

And I’m not just referring to people whose political views differ from mine. As I’ve written before, I believe there are reasons, although they are just now being discovered, why we attract what we focus on, whether positive or negative.[See note 1 below] So I resent like-minded people who post ain’t-it-awful talk, especially since they have nothing to lose by not singing to the choir an old song they could all sing in their sleep. When an election doesn’t go the way I’d like, I can’t help feeling that these like-minded people might have contributed to the very thing they fear and we all wanted to avoid.

Stress evolved for dealing with immediate emergencies, like saving oneself from a sabertooth cat. A constant undercurrent of stress is unhealthy. Our bodies aren’t designed to handle that. And by causing excessive, useless stress, verbal hand wringers actually take years off of one another’s lives.

Question anything you hear from another individual unless you know their source.

The more something frightens you, the more important it is to try to trace it to its original source before passing it along to anyone else or allowing yourself to stew over it.

Limit your time on social media.

Even better, why not swear off social media during COVID-19, or at least limit how much time you spend and what you do there? I limit my social media actions to things related to my business and to positive things.

Also, don’t interact with ain’t-it-awful posts. A social medium, such as Facebook, tries to send you more of what their computers think you want. So, when you like or comment on a post, you will get more posts about that subject matter.

When you read a frightening post, ask yourself: If this were true, what would I do now that I’m not already doing? If your answer is, “Nothing,” then you’re doing more harm than good to keep reading verbal hand wringing and verbally wringing your own hands in turn.

Instead, take every opportunity to experience, talk and think about positive things. If you must post on social media, post something positive. I wrote about some such things in my last post, “Coping with Corona.” Readers and I continually add comments to “Coping with Corona” with additional reasons for hope and upbeat things to do. So, if you haven’t read the previous post yet, please do. And if you have read it, go back to it every few days and scroll down to comments.

Next time: “More Corona Misinformation–There’s Science, and Then There’s…”

[1] See my series on “Politics and the Law of Attraction,” Part I and Part 2.

Margaret Anderson’s presentation takes the wisdom of Ben Franklin’s stated virtue: “Speak not but what may benefit others or yourself” into the realm … END_OF_DOCUMENT_TOKEN_TO_BE_REPLACED

While reading “Bridges to Consensus”, I volunteered to organize a project with my quilt bee, 15 professional, talented, and strongly-opinionated w… END_OF_DOCUMENT_TOKEN_TO_BE_REPLACED

Thank you. It was a pleasure attending your class. It taught me to ask “Why?” when I am trying to resolve an issue. I learned a lot and am happy I had… END_OF_DOCUMENT_TOKEN_TO_BE_REPLACED

Although the book [Bridges to Consensus] is written with clergy in mind, I was instantly engrossed in the material and could see my way to using her s… END_OF_DOCUMENT_TOKEN_TO_BE_REPLACED

So much of our daily communication consists of argument, I’m delighted to learn new methods that remove the argument and place both parties on the roa… END_OF_DOCUMENT_TOKEN_TO_BE_REPLACED

My life has gone much more smoothly since taking your class.  Be it a discussion with…or a coworker, there is less stress and more preferable resul… END_OF_DOCUMENT_TOKEN_TO_BE_REPLACED

I believe Bridges to Consensus applies to every facet of our lives… It doesn’t knock you over like a fire hose. It enters your spirit quietly and ge… END_OF_DOCUMENT_TOKEN_TO_BE_REPLACED

It Strikes a Chord: I’ve spent a lifetime reading stories, and I’m not easy to please. This little pocketful kept me pleasurably engaged all the way t… END_OF_DOCUMENT_TOKEN_TO_BE_REPLACED

The course was very interesting and learning the skill set in the classroom to apply in real life situations is invaluable.  It’s definitely about … END_OF_DOCUMENT_TOKEN_TO_BE_REPLACED

As a ghostwriter, I negotiate contracts often, and for “invisible” goods. …Margaret has taught me how to appeal to a prospect’s often hidden needs a… END_OF_DOCUMENT_TOKEN_TO_BE_REPLACED

It [Bridges to Consensus] lends itself specifically to church issues, while making itself significantly useful for understanding communications in any… END_OF_DOCUMENT_TOKEN_TO_BE_REPLACED

Working with Margaret helped me understand that conflict does not automatically have to mean confrontation. Now I know how to seek solutions that bene… END_OF_DOCUMENT_TOKEN_TO_BE_REPLACED

Margaret Anderson was instrumental in helping me hone my skills so that I could sort out, get clear, select, and land a “practically perfect” new busi… END_OF_DOCUMENT_TOKEN_TO_BE_REPLACED

It has been said that one of the best ways to teach is through story. In Love on the Rocks with a Twist, Margaret Anderson teaches the fine art of con… END_OF_DOCUMENT_TOKEN_TO_BE_REPLACED

As a ghostwriter, I negotiate contracts often, and for “invisible” goods. …Margaret has taught me how to appeal to a prospect’s often hidden needs a… END_OF_DOCUMENT_TOKEN_TO_BE_REPLACED

A Go-To Reference & Entertaining Read in One Book: Delightful fiction, indeed! Each of the stories is a standalone pleasure. I especially enjoyed the … END_OF_DOCUMENT_TOKEN_TO_BE_REPLACED