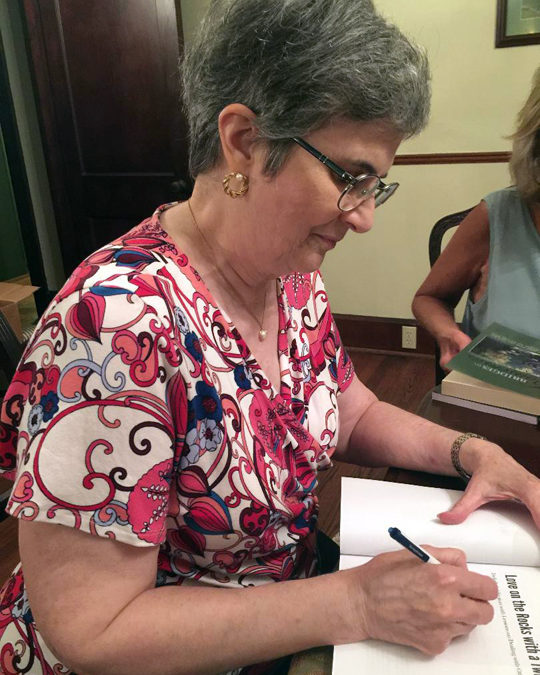 I recently learned that fight and flight aren’t the only defense instincts programmed into the human brain. Another, the immobility tonic, is actually quite common, but rarely understood. It inspired a whole new section of my book in progress, Talking about Touchy Topics–Beyond Me Too, in which I answer an additional type of question people tend to ask about rape, “Why didn’t she…?” Why didn’t she fight? Why didn’t she flee? I thought this information so important that I decided to share the draft section right away, rather than wait until the book is polished and published. Here it is:

“We all know about fight or flight defenses to situations that threaten serious and imminent danger. They are hardwired, instinctive. But they aren’t the only such defenses. Another is “the immobility tonic,” a rather confusing term. It’s not the kind of tonic that comes in a bottle.

“The immobility tonic is a crisis defense mechanism hardwired so deep in such an elementary part of the brain that we share it with animals. Think of it as a freeze defense, for example, an animal “playing dead” so as to not attract a predator, which predator is, in turn, wired to eat only a fresh kill (as opposed to a scavenger wired to eat carrion).

“Rebecca Heiss, PhD conducts research on birds that involves trapping the birds, measuring and weighing them, taking blood samples, and tagging their legs. Of course, this process places extremely high stress on the birds in what they sense as extreme danger.[1]

“Once a bird has the little ring around its leg, the researcher lays it down in a safe place outdoors. The bird doesn’t move for about five minutes. The first time someone observes this, they may conclude that the bird is dead, dying, or injured. But after those five minutes, the bird begins to move about and flies away. Many people tell similar stories about injured birds they have rescued.

“We don’t know enough about what goes in an animal’s brain, but at least in humans, the immobility tonic is more complex than a simple and total freeze. It suppresses both bodily movements and the rational thinking part of the brain, but not completely. The freeze mechanism filters what the brain and the body can and can’t, will or won’t do.

“A danger, such as rape, can cause an initial total freeze, even an out of body defense, but even if it does, the human brain remains able to discern at least some of what’s happening because this assists in the defense, for example, by allowing one to realize if the danger is suspended or stopped, so it’s now safe to flee.

“The body remains able to execute some movements. These include defensive gestures of submission and appeasement. For example, when a dog rolls over on its back, exposing its throat to a more powerful dog, this says, “White flag. I submit. No need to hurt me.”

“Bonobos and chimpanzees perform an appeasement gesture by baring their teeth in a manner resembling a human smile.

“The immobility tonic not only allows the body to execute submission and appeasements movements and the brain to consciously sense and think certain things, it actually triggers them. In the same article cited above, Dr. Heiss describes how she survived a rape by means of, first, freezing, then, executing appeasement gestures such as smiling at her attacker and non-verbal utterances.

“She writes that, once the rapist had collapsed, exhausted, she had time to gather her things and flee the room. But even before she was safely locked in another room, she began questioning and blaming herself in much the same way as those who ask, “Why didn’t she…?” of other rape survivors.

“Like experiment subjects who thought they had decided to raise their arms, when in fact the movement was caused by electronic equipment to which they knew they were hooked up [2], Dr. Heiss questioned her appeasement gestures. This was date rape; she questioned the fact that she willingly started kissing and so on before the man became aggressive. She asked herself if this was really rape. She told herself it wasn’t violent, even though, in describing the rape, she wrote, ‘I felt him rip himself from my body, carrying pieces of me with him.’

“Sometimes, humans can resist the fight response. If your boss punches you, you might feel the fight response first, and very strongly, but most people can resist and flee instead.  Sometimes humans can resist the flight response. On July 27, 2008, a man entered a Unitarian church in Knoxville, Tennessee, where children were up front performing a pageant. He began shooting at them. Usher Greg McKendry, described as built like a walking refrigerator, stepped in front of the shooter and was killed, but saved many another person’s life and limbs.

“But the way the immobility tonic limits what the brain can and can’t do is irresistible. In the words of Dr. Heiss, ‘It’s like trying not to blink when dust flies in your face.’

“One might think that the immobility tonic rarely happens. However, a Swedish study found that 70% of rape survivors interviewed had experienced this auto-pilot freeze.

“For most of human history, almost everyone believed that rape was motivated by sexual desire. It was thought that, if a man became sufficiently aroused, he couldn’t prevent himself from consummating the interaction and/or that, if the woman had allowed him to proceed to that state of arousal, he had a right to consummate. If a woman filed criminal charges against a rapist, she would find herself on trial. If a defense attorney could show a judge or jury that the man had no firearm and she had not fought within an inch of her life, if she was not covered with bruises or cuts, the rapist often went free.

“What’s worse, even if the survivor had clearly been beaten, stabbed, or otherwise injured, her past sexual history was scrutinized in open court. If she had had voluntary sexual relations outside of marriage, then, once again, the courts, as well as much of the general public, treated the attack as her fault. If she was “that kind of woman,” she must have led the guy on. It was within my own lifetime that evidence of past sexual history of a complainant became inadmissible in court. This was a huge step forward.

“Now, many more people understand that rape is not motivated by sexual passion, but rather, by a fierce desire to control, humiliate or punish another human being. In some cases, it’s easy to see this, for example, when a man spots an unknown woman walking down the sidewalk minding her own business, strikes or grabs her so she can’t fight or flee, then proceeds with the rape.

“Some find it more difficult to see such motives in cases of date rape. The man might begin with sexual desire, but if the woman resists proceeding beyond a certain point, if she rejects his advances, that reads to him as her taking control. The rapist views every interaction as hierarchical, one is either controlling or being controlled, and by golly, no woman is going to get away with controlling him. The sexual passion transforms into equally passionate anger and vindictiveness.”

If this helps you understand something that happened to you or to someone you care about, I sure would like to hear about it.

For now, I’ll get back to drafting the next section of Talking about Touchy Topics!

[2] This experiment is described in a previous chapter of Talking about Touchy Topics.

The course was very interesting and learning the skill set in the classroom to apply in real life situations is invaluable.  It’s definitely about … END_OF_DOCUMENT_TOKEN_TO_BE_REPLACED

It Strikes a Chord: I’ve spent a lifetime reading stories, and I’m not easy to please. This little pocketful kept me pleasurably engaged all the way t… END_OF_DOCUMENT_TOKEN_TO_BE_REPLACED

Thank you. It was a pleasure attending your class. It taught me to ask “Why?” when I am trying to resolve an issue. I learned a lot and am happy I had… END_OF_DOCUMENT_TOKEN_TO_BE_REPLACED

As a ghostwriter, I negotiate contracts often, and for “invisible” goods. …Margaret has taught me how to appeal to a prospect’s often hidden needs a… END_OF_DOCUMENT_TOKEN_TO_BE_REPLACED

My life has gone much more smoothly since taking your class.  Be it a discussion with…or a coworker, there is less stress and more preferable resul… END_OF_DOCUMENT_TOKEN_TO_BE_REPLACED

It [Bridges to Consensus] lends itself specifically to church issues, while making itself significantly useful for understanding communications in any… END_OF_DOCUMENT_TOKEN_TO_BE_REPLACED

I believe Bridges to Consensus applies to every facet of our lives… It doesn’t knock you over like a fire hose. It enters your spirit quietly and ge… END_OF_DOCUMENT_TOKEN_TO_BE_REPLACED

A Go-To Reference & Entertaining Read in One Book: Delightful fiction, indeed! Each of the stories is a standalone pleasure. I especially enjoyed the … END_OF_DOCUMENT_TOKEN_TO_BE_REPLACED

Margaret Anderson was instrumental in helping me hone my skills so that I could sort out, get clear, select, and land a “practically perfect” new busi… END_OF_DOCUMENT_TOKEN_TO_BE_REPLACED

While reading “Bridges to Consensus”, I volunteered to organize a project with my quilt bee, 15 professional, talented, and strongly-opinionated w… END_OF_DOCUMENT_TOKEN_TO_BE_REPLACED

Although the book [Bridges to Consensus] is written with clergy in mind, I was instantly engrossed in the material and could see my way to using her s… END_OF_DOCUMENT_TOKEN_TO_BE_REPLACED

Margaret Anderson’s presentation takes the wisdom of Ben Franklin’s stated virtue: “Speak not but what may benefit others or yourself” into the realm … END_OF_DOCUMENT_TOKEN_TO_BE_REPLACED

It has been said that one of the best ways to teach is through story. In Love on the Rocks with a Twist, Margaret Anderson teaches the fine art of con… END_OF_DOCUMENT_TOKEN_TO_BE_REPLACED

So much of our daily communication consists of argument, I’m delighted to learn new methods that remove the argument and place both parties on the roa… END_OF_DOCUMENT_TOKEN_TO_BE_REPLACED

Working with Margaret helped me understand that conflict does not automatically have to mean confrontation. Now I know how to seek solutions that bene… END_OF_DOCUMENT_TOKEN_TO_BE_REPLACED

As a ghostwriter, I negotiate contracts often, and for “invisible” goods. …Margaret has taught me how to appeal to a prospect’s often hidden needs a… END_OF_DOCUMENT_TOKEN_TO_BE_REPLACED