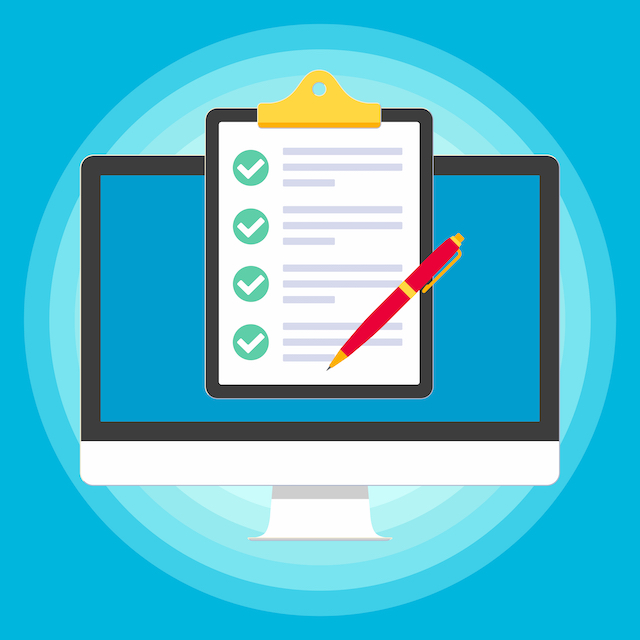 Sometimes I post articles in a category I call “Defense Against the Dark Arts of Persuasion” or “DADA.” These posts describe sales ploys or tactics used to influence large numbers of people. Here’s my latest in the DADA series.

[Note: The examples I’ve given below are about phony websites posing as Democratic presidential candidates’ sites because those are the ones I have seen reported currently. Makes sense because, as far as we know for now, there is only one GOP candidate for President, thus no primary contest for that office. However, the advice about how to recognize phony candidate sites would also pertain to phony GOP candidates’ sites, should you come across any. now or in connection with the general election in 2020]

A New York Times article reports phony websites purporting to be those of Joseph Biden, Bernie Sanders, Elizabeth Warren and Kamala Harris. Some material on these sites is simply false. Other content is taken out of original context and re-positioned in a different context that creates a false impression.

Sadly, the article states that this ploy is working. People are erroneously taking the phony sites to be the valid, official sites of the candidates. Phony candidate sites can be subtle, and thus, more likely to be mistaken for valid sites. A report by KHOU TV, Houston, describes these phony sites as lifting a lot of photographs and content from a candidate’s true official site. At a glance, such sites look like official sites. Then, they slip in a false tidbit or two. The report states:

Do any of these statements seem out of place for these Democratic presidential candidates?

Joe Biden is ready to take a “hands-on” approach to America’s problems. Bernie Sanders is ready to take our country to a “true socialist Republic.” Elizabeth Warren is sharing her Authentic Native American Recipes. Kamala Harris’ main political position is just to be “for Arresting People.”

These are all statements taken from websites that appear to be the main campaign page of each candidate, but if they sound strange or politically incorrect, it’s because they are.

The good news is that the KHOU report also offers tips for recognizing phony websites, and I’ll add a few more. First, look at the site’s URL or web address, specifically, the part following the dot (.). A valid site will usually end with “.com” or “.org”. The phony sites KHOU reported use “.co” or “.info”.

Pay particular attention to any disclaimers, especially those appearing in an unobtrusive position on the website, for example, in small print at the bottom of the page. Both the NY Times and KHOU pieces report a particular type of disclaimer used on current phony sites. It states that the site is a political parody built and paid for “BY AN American citizen FOR American citizens,” and not the work of any campaign or political action committee.

The NY Times continues: “There is indeed an American behind the website — that much is unambiguously true. But he is very much a political player… His name is Patrick Mauldin, and he makes videos and other digital content for President Trump’s re-election campaign.”

Try some old-fashioned common sense. For example, ask yourself, “Would any candidate or her campaign workers state on her real website that she “is just for arresting people”?

Search online for the candidate’s name + “campaign.” If multiple result entries look like they might be the official site, compare them. Does one use “.com” or “.org” while the other uses an uncommon term, like “.co” or “.info”? Does one site’s content make sense as the sort of thing that candidates would likely say about themselves, while the other includes things the candidates’ opponents might say?

I recommend this political fact-checking site: https://www.politifact.com . As you will see, it isn’t one-sided. Various statements by both Democrats and Republicans get rated True, False, and in between.

No matter what, don’t ever consider a tweet or some handy-dandy Facebook meme as news. Always fact check several sources before believing, acting on or sharing. And if you subscribe to any political action committee (PAC) email list services, fact check their emails.

Sometimes, I feel frustrated by the time I spend trying to stay informed. But a lot of people shed blood and died in the revolutionary war to ensure our basic freedoms of speech and press, as eventually laid out in the US Constitution. Rights come with responsibilities. Freedom of speech protects the publication of falsehoods about an American political candidate by another American. (For foreigners, it’s illegal.) This is the price we pay for our government not to have the right to censor any of us. So the corresponding responsibility is for us to question and fact check political speech and press. Please use the tips above to do so, and thanks in advance.

I believe Bridges to Consensus applies to every facet of our lives… It doesn’t knock you over like a fire hose. It enters your spirit quietly and ge… END_OF_DOCUMENT_TOKEN_TO_BE_REPLACED

Working with Margaret helped me understand that conflict does not automatically have to mean confrontation. Now I know how to seek solutions that bene… END_OF_DOCUMENT_TOKEN_TO_BE_REPLACED

Margaret Anderson’s presentation takes the wisdom of Ben Franklin’s stated virtue: “Speak not but what may benefit others or yourself” into the realm … END_OF_DOCUMENT_TOKEN_TO_BE_REPLACED

Although the book [Bridges to Consensus] is written with clergy in mind, I was instantly engrossed in the material and could see my way to using her s… END_OF_DOCUMENT_TOKEN_TO_BE_REPLACED

The course was very interesting and learning the skill set in the classroom to apply in real life situations is invaluable.  It’s definitely about … END_OF_DOCUMENT_TOKEN_TO_BE_REPLACED

So much of our daily communication consists of argument, I’m delighted to learn new methods that remove the argument and place both parties on the roa… END_OF_DOCUMENT_TOKEN_TO_BE_REPLACED

A Go-To Reference & Entertaining Read in One Book: Delightful fiction, indeed! Each of the stories is a standalone pleasure. I especially enjoyed the … END_OF_DOCUMENT_TOKEN_TO_BE_REPLACED

Margaret Anderson was instrumental in helping me hone my skills so that I could sort out, get clear, select, and land a “practically perfect” new busi… END_OF_DOCUMENT_TOKEN_TO_BE_REPLACED

While reading “Bridges to Consensus”, I volunteered to organize a project with my quilt bee, 15 professional, talented, and strongly-opinionated w… END_OF_DOCUMENT_TOKEN_TO_BE_REPLACED

It [Bridges to Consensus] lends itself specifically to church issues, while making itself significantly useful for understanding communications in any… END_OF_DOCUMENT_TOKEN_TO_BE_REPLACED

Thank you. It was a pleasure attending your class. It taught me to ask “Why?” when I am trying to resolve an issue. I learned a lot and am happy I had… END_OF_DOCUMENT_TOKEN_TO_BE_REPLACED

As a ghostwriter, I negotiate contracts often, and for “invisible” goods. …Margaret has taught me how to appeal to a prospect’s often hidden needs a… END_OF_DOCUMENT_TOKEN_TO_BE_REPLACED

It has been said that one of the best ways to teach is through story. In Love on the Rocks with a Twist, Margaret Anderson teaches the fine art of con… END_OF_DOCUMENT_TOKEN_TO_BE_REPLACED

My life has gone much more smoothly since taking your class.  Be it a discussion with…or a coworker, there is less stress and more preferable resul… END_OF_DOCUMENT_TOKEN_TO_BE_REPLACED

As a ghostwriter, I negotiate contracts often, and for “invisible” goods. …Margaret has taught me how to appeal to a prospect’s often hidden needs a… END_OF_DOCUMENT_TOKEN_TO_BE_REPLACED

It Strikes a Chord: I’ve spent a lifetime reading stories, and I’m not easy to please. This little pocketful kept me pleasurably engaged all the way t… END_OF_DOCUMENT_TOKEN_TO_BE_REPLACED