How the Skills I Teach Changed My Life 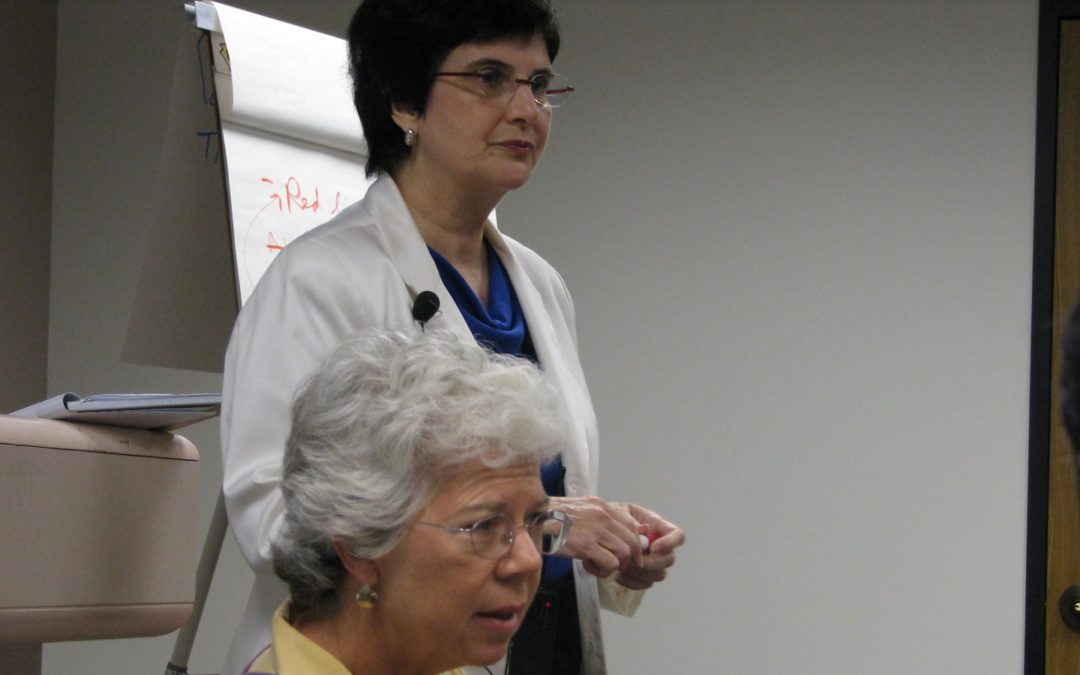 I’m delighted that so many visitors to my new website enjoy the chalkboard slider at the top of the homepage, with its rotating phrases about persuasion, consensus and communication. After reading the phrase, “Learn the skills that changed Margaret’s life,” one man wrote to me, “I want that story.” So here it is:

Decades ago, I read the negotiation classic Getting to Yes as soon as it hit the market. I felt relieved to know that I didn’t have to “play hardball” to succeed. On the contrary, the negotiation practices that had been scientifically proven to work best  for me were compatible with my moral and ethical standards.

Some years later, I heard that professors Roger Fisher and William Ury, authors of Getting to Yes, gave summer continuing ed courses at Harvard University. Of course, I signed up for Dr. Fisher’s basic course the very next summer.

We spent eight hour days for a whole week, and prepared for the next day’s exercises by night. We negotiated with partners up to four times a day. We practiced dealing with neighbors, bosses, coworkers, all kinds of things you don’t think of as negotiation. By the end of that week, I didn’t just know the skills. I had assimilated them.

A couple of years later, I returned to summer school for Dr. Ury’s Advanced course. Wow, was it challenging. In addition to paired exercises, we had a number of multiple-party exercises, which complicated the work exponentially. The fact scenarios were more difficult as well.

These courses changed my life. Because I have a talent for logical argument. But after those courses, if I wanted to persuade someone who disagreed with me, instead of arguing logic, I talked about interests. I tried to address their interests in ways that also met my interests. My persuasion successes sky rocketed.

I began resolving differences between my coworkers and myself. I settled differences between coworkers even when I wasn’t directly involved. Often, I found myself using the skills to dissuade customers from acting on their potentially disastrous ideas. I used the skills in professional organizations, with family, among friends, everywhere. These real-life successes built on my formal training.

I not only built the skills, I also learned how to teach them—give the trainees plenty of hands-on practice.  I’d always wanted to teach. But not to a captive audience of kids who didn’t want to be there. I wanted to teach adults something useful that they wanted to learn.

And though I could have sought a license to teach the Harvard materials, I didn’t want to do that either. I wanted to add my own perspective and to get into ancillary topics. So I developed all my own course materials, adding things I’d learned by experience and from sources other than the Harvard Negotiation Project. I wrote my own detailed and realistic hypothetical scenarios for trainee exercises. I started going into organizations and training people. I also coached individuals.

The entire experience sparked my interest in how communication disconnects masquerade as (or turn into) conflicts. Why do certain communications grab some folks’ attention and make others’ eyes glaze over with boredom? Why does one person’s sense of polite speech seem impolite to another? I augmented my course materials with classes on how differences in temperament, culture, learning style and gender affect communication style, how to recognize the disconnects, and how to correct them.

Eventually, I decided to quit my “day job” to teach and consult full-time. I also did some adjunct teaching and guest lecturing at universities. From 2002 – 2014, I taught my own curricula at Rice University’s Glasscock School of Continuing Studies. Next, I began writing about the skills. I’ve published two books and am working on a third.

This work is so fulfilling to me that I can’t imagine ever completely retiring. And  trainee, client and reader feedback is a big part of what makes my job so rewarding. Every success story makes me want to teach even more. Every time someone tells me they learned something new and useful, I want to write even more.

So thanks, everyone, for inspiring me, and please keep your comments and questions coming.

The course was very interesting and learning the skill set in the classroom to apply in real life situations is invaluable.  It’s definitely about … END_OF_DOCUMENT_TOKEN_TO_BE_REPLACED

It Strikes a Chord: I’ve spent a lifetime reading stories, and I’m not easy to please. This little pocketful kept me pleasurably engaged all the way t… END_OF_DOCUMENT_TOKEN_TO_BE_REPLACED

Thank you. It was a pleasure attending your class. It taught me to ask “Why?” when I am trying to resolve an issue. I learned a lot and am happy I had… END_OF_DOCUMENT_TOKEN_TO_BE_REPLACED

As a ghostwriter, I negotiate contracts often, and for “invisible” goods. …Margaret has taught me how to appeal to a prospect’s often hidden needs a… END_OF_DOCUMENT_TOKEN_TO_BE_REPLACED

My life has gone much more smoothly since taking your class.  Be it a discussion with…or a coworker, there is less stress and more preferable resul… END_OF_DOCUMENT_TOKEN_TO_BE_REPLACED

It [Bridges to Consensus] lends itself specifically to church issues, while making itself significantly useful for understanding communications in any… END_OF_DOCUMENT_TOKEN_TO_BE_REPLACED

I believe Bridges to Consensus applies to every facet of our lives… It doesn’t knock you over like a fire hose. It enters your spirit quietly and ge… END_OF_DOCUMENT_TOKEN_TO_BE_REPLACED

A Go-To Reference & Entertaining Read in One Book: Delightful fiction, indeed! Each of the stories is a standalone pleasure. I especially enjoyed the … END_OF_DOCUMENT_TOKEN_TO_BE_REPLACED

Margaret Anderson was instrumental in helping me hone my skills so that I could sort out, get clear, select, and land a “practically perfect” new busi… END_OF_DOCUMENT_TOKEN_TO_BE_REPLACED

While reading “Bridges to Consensus”, I volunteered to organize a project with my quilt bee, 15 professional, talented, and strongly-opinionated w… END_OF_DOCUMENT_TOKEN_TO_BE_REPLACED

Although the book [Bridges to Consensus] is written with clergy in mind, I was instantly engrossed in the material and could see my way to using her s… END_OF_DOCUMENT_TOKEN_TO_BE_REPLACED

Margaret Anderson’s presentation takes the wisdom of Ben Franklin’s stated virtue: “Speak not but what may benefit others or yourself” into the realm … END_OF_DOCUMENT_TOKEN_TO_BE_REPLACED

It has been said that one of the best ways to teach is through story. In Love on the Rocks with a Twist, Margaret Anderson teaches the fine art of con… END_OF_DOCUMENT_TOKEN_TO_BE_REPLACED

So much of our daily communication consists of argument, I’m delighted to learn new methods that remove the argument and place both parties on the roa… END_OF_DOCUMENT_TOKEN_TO_BE_REPLACED

Working with Margaret helped me understand that conflict does not automatically have to mean confrontation. Now I know how to seek solutions that bene… END_OF_DOCUMENT_TOKEN_TO_BE_REPLACED

As a ghostwriter, I negotiate contracts often, and for “invisible” goods. …Margaret has taught me how to appeal to a prospect’s often hidden needs a… END_OF_DOCUMENT_TOKEN_TO_BE_REPLACED