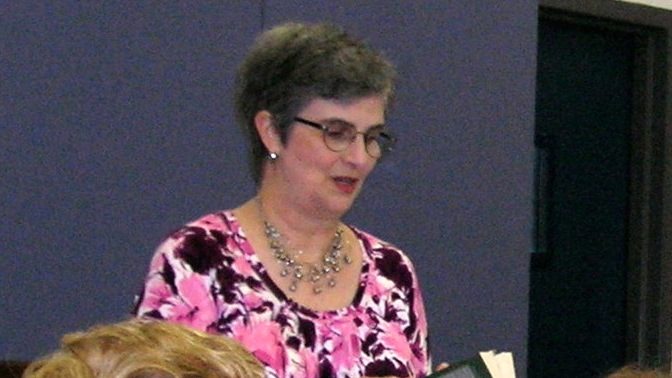 Several days ago, I was driving at about 50 mph. All of a sudden, when I pushed on the accelerator, I found I was going slower, not faster, and the car was mighty quiet. The engine wasn’t running!

Fortunately, I was near an exit and managed to coast onto the left-hand lane of the service road. I put my flashers on, tried restarting the car, no luck. I was trying to think what to do when I saw a small red car that had passed me on the right stop, back into the left-hand lane and back to within a few yards of my car. This beautiful African-American lady got out came up to my window and asked me if I wanted help.

I told her, “Yes, help deciding what to do.” We agreed that I should not stay in the car or stand on the median. Instead, we walked across the service road to a hike and bike trail.

I was rattled, had trouble holding the AAA card and the phone and reading them both. My phone screen wasn’t bright enough outdoors. My angel of mercy saw my predicament. So she called AAA for me on her phone, gave them all the information, and insisted on staying with me until the tow truck arrived. She must have been with me about an hour.

Meanwhile, a man running on the trail, stopped and asked if we needed help. He offered to try again to start my car. It wouldn’t start, but he put the hood up, which I had not thought to do.

The whole hour or so I was there, pretty much every person who passed us on foot (walking or running) stopped and asked if we needed help. Even one cyclist asked us if we needed help. All the other cyclists slowed down to pass us carefully.

For me, this was the best medicine in the world for all the upsetting things we see on the news. I was reminded that most people are good and want to help others. They just don’t make the news.

I posted a shorter version of this story on Facebook. I got an exceptionally large number of reactions and comments. Everyone thought, as I did, that there are a lot of good people out there, but they don’t make the news.

Sometimes, I get discouraged. I truly believe that, if a critical mass of people became proficient in the consensus building and communication skills I teach, we could reverse some of the polarization in society today. But practicing those skills involves real conversations, conversations that require investments of time and attention, but pay off in quality relationships with depth and understanding.

A whole generation has grown up communicating in soundbites and emojis on screens, rarely hearing one another’s voices or looking into their faces, rarely sharing more than a sentence or two. It seems that they don’t know what they’re missing, which is precisely why they aren’t motivated to try to learn interactional skills. I wonder if interest in my subject matter will gradually die out along with us Baby Boomers and Gen-Xers.

But the young aren’t the only ones who are different nowadays. I know many middle-aged and older people who have become addicted to texting, tweeting, sharing canned memes on Facebook, and worst of all, drenching themselves in the bad news and alarmist news commentary of twenty-four-hour news TV channels at every available moment.

That’s why my car break down turned out to be a blessing in disguise for me. That wonderful woman who took so much time with me isn’t young, but she’s a good 30 years younger than I am. She and I shared some real, quality conversation while waiting for the tow truck. She’s well-spoken, knows how to choose words and put them together. And she’s a high school English teacher. So she’s modeling depth of thought and good communication to dozens and dozens of teenagers. There must be lots more like her in this world.

And all those nice people we encountered on the trail were not at home glued to the TV. They were out in the fresh air, enjoying some scenery.

I have to buy a new fuel pump, to the tune of some $900+. But I wouldn’t undo that break down and aftermath if I could.

As a ghostwriter, I negotiate contracts often, and for “invisible” goods. …Margaret has taught me how to appeal to a prospect’s often hidden needs a… END_OF_DOCUMENT_TOKEN_TO_BE_REPLACED

Working with Margaret helped me understand that conflict does not automatically have to mean confrontation. Now I know how to seek solutions that bene… END_OF_DOCUMENT_TOKEN_TO_BE_REPLACED

My life has gone much more smoothly since taking your class.  Be it a discussion with…or a coworker, there is less stress and more preferable resul… END_OF_DOCUMENT_TOKEN_TO_BE_REPLACED

So much of our daily communication consists of argument, I’m delighted to learn new methods that remove the argument and place both parties on the roa… END_OF_DOCUMENT_TOKEN_TO_BE_REPLACED

It Strikes a Chord: I’ve spent a lifetime reading stories, and I’m not easy to please. This little pocketful kept me pleasurably engaged all the way t… END_OF_DOCUMENT_TOKEN_TO_BE_REPLACED

Although the book [Bridges to Consensus] is written with clergy in mind, I was instantly engrossed in the material and could see my way to using her s… END_OF_DOCUMENT_TOKEN_TO_BE_REPLACED

Margaret Anderson was instrumental in helping me hone my skills so that I could sort out, get clear, select, and land a “practically perfect” new busi… END_OF_DOCUMENT_TOKEN_TO_BE_REPLACED

It has been said that one of the best ways to teach is through story. In Love on the Rocks with a Twist, Margaret Anderson teaches the fine art of con… END_OF_DOCUMENT_TOKEN_TO_BE_REPLACED

Margaret Anderson’s presentation takes the wisdom of Ben Franklin’s stated virtue: “Speak not but what may benefit others or yourself” into the realm … END_OF_DOCUMENT_TOKEN_TO_BE_REPLACED

It [Bridges to Consensus] lends itself specifically to church issues, while making itself significantly useful for understanding communications in any… END_OF_DOCUMENT_TOKEN_TO_BE_REPLACED

While reading “Bridges to Consensus”, I volunteered to organize a project with my quilt bee, 15 professional, talented, and strongly-opinionated w… END_OF_DOCUMENT_TOKEN_TO_BE_REPLACED

Thank you. It was a pleasure attending your class. It taught me to ask “Why?” when I am trying to resolve an issue. I learned a lot and am happy I had… END_OF_DOCUMENT_TOKEN_TO_BE_REPLACED

I believe Bridges to Consensus applies to every facet of our lives… It doesn’t knock you over like a fire hose. It enters your spirit quietly and ge… END_OF_DOCUMENT_TOKEN_TO_BE_REPLACED

As a ghostwriter, I negotiate contracts often, and for “invisible” goods. …Margaret has taught me how to appeal to a prospect’s often hidden needs a… END_OF_DOCUMENT_TOKEN_TO_BE_REPLACED

The course was very interesting and learning the skill set in the classroom to apply in real life situations is invaluable.  It’s definitely about … END_OF_DOCUMENT_TOKEN_TO_BE_REPLACED

A Go-To Reference & Entertaining Read in One Book: Delightful fiction, indeed! Each of the stories is a standalone pleasure. I especially enjoyed the … END_OF_DOCUMENT_TOKEN_TO_BE_REPLACED