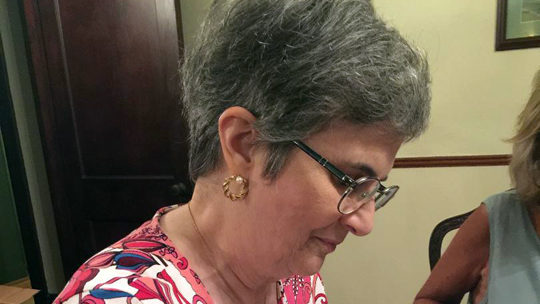 As promised, here’s an excerpt from Chapter 2 of Bridges to Consensus, Chapter, pp. 14-15:

Just as we all agree that we should drive carefully, defensively and alertly, we embrace basic principles of how to deal with one another. Many religious leaders, philosophers and sages have pronounced a Golden Rule of Love—we should treat others as we ourselves would like to be treated.

Judaism teaches, “[L]ove your neighbor as yourself.”[1]

Jesus is described as honoring this teaching and illustrating it with the parable of The Good Samaritan, suggesting a broad view of who our neighbors are.[2]

One of the teachings attributed to Muhammad is that a Muslim owes six duties to a Muslim, one of which is, “He should love for him what he loves for himself.”[3]

Buddha said, “A generous heart, kind speech, and a life of service and compassion are the things which renew humanity.”

The Hindu scriptures teach: “What is the value of eyes in which there is no kindness?  Kindness is the real wealth.”[4]

A Unitarian Universalist affirmation, called the Williams Covenant, states: “Love is the doctrine of this church; the quest for truth is its sacrament; and service is its prayer.”

You might say that the Golden Rule is the moral equivalent of “Drive carefully.” Yet people, even people of the same faith, differ about what love looks like in various situations. They differ about how they themselves would like to be treated. Many of these differences pertain to how we speak to one another.

Take Charlie, the chair of a congregational committee on ministering to the homeless. He’s a great organizer and works hard but frequently mispronounces words such as “indigent” and “philanthropy.” He will soon attend an inter-denominational meeting where he is likely to use these terms in front of people from other congregations.

If any of the committee members act on their respective preferences, they might be accused of unkindness by other members. For example, if Darlene takes Charlie aside for a private talk, Ethan might accuse her of embarrassing Charlie by making too big a deal of the matter. If Ethan corrects Charlie in a meeting, “Hey, Charlie, that’s INdigent,” Nell may accuse Ethan of being unkind. And either of those approaches might offend Charlie if his preference is for someone to make a point of pronouncing the word correctly during meetings.

As you know, the foundation of our consensus building system is identifying and talking about both parties’ interests. To uncover Charlie’s interests, one might ask him, “How would you like to come across in the interdenominational meeting?” Or “How would you like the other people in the interdenominational meeting to think of us after the meeting is over?”

If Charlie says, “I’d like them to respect us and to know that we aren’t a bunch of crackpots and weirdos,” that suggests that he would want to know if he’s mispronouncing certain words. The other committee member can then ask permission to make a suggestion on how to make a good impression.

Suppose Charlie answers the question, “I want them to know that we aren’t a bunch of elitist intellectual snobs. We don’t care about people’s backgrounds and status. We value everyone, high or low, rich or poor, brainy or ordinary.” This suggests that Charlie might see the committee members as taking an elitist attitude toward him if they correct his pronunciation. Now, they identify and prioritize their own interests. Keeping Charlie enthused and positive about the committee’s work outweighs whatever embarrassment might occur if he mispronounces something at the meeting. They might either drop the “indigent” issue, like Abby prefers, or take Bill’s approach of casually working “indigent” into a conversation, and leave Charlie to get it or not.

Think back to a time when someone offended you. Can you interpret their behavior as a way of treating you as they would like to be treated? If so, I’d love to hear about it.

Margaret Anderson’s presentation takes the wisdom of Ben Franklin’s stated virtue: “Speak not but what may benefit others or yourself” into the realm … END_OF_DOCUMENT_TOKEN_TO_BE_REPLACED

While reading “Bridges to Consensus”, I volunteered to organize a project with my quilt bee, 15 professional, talented, and strongly-opinionated w… END_OF_DOCUMENT_TOKEN_TO_BE_REPLACED

Thank you. It was a pleasure attending your class. It taught me to ask “Why?” when I am trying to resolve an issue. I learned a lot and am happy I had… END_OF_DOCUMENT_TOKEN_TO_BE_REPLACED

Although the book [Bridges to Consensus] is written with clergy in mind, I was instantly engrossed in the material and could see my way to using her s… END_OF_DOCUMENT_TOKEN_TO_BE_REPLACED

So much of our daily communication consists of argument, I’m delighted to learn new methods that remove the argument and place both parties on the roa… END_OF_DOCUMENT_TOKEN_TO_BE_REPLACED

My life has gone much more smoothly since taking your class.  Be it a discussion with…or a coworker, there is less stress and more preferable resul… END_OF_DOCUMENT_TOKEN_TO_BE_REPLACED

I believe Bridges to Consensus applies to every facet of our lives… It doesn’t knock you over like a fire hose. It enters your spirit quietly and ge… END_OF_DOCUMENT_TOKEN_TO_BE_REPLACED

It Strikes a Chord: I’ve spent a lifetime reading stories, and I’m not easy to please. This little pocketful kept me pleasurably engaged all the way t… END_OF_DOCUMENT_TOKEN_TO_BE_REPLACED

The course was very interesting and learning the skill set in the classroom to apply in real life situations is invaluable.  It’s definitely about … END_OF_DOCUMENT_TOKEN_TO_BE_REPLACED

As a ghostwriter, I negotiate contracts often, and for “invisible” goods. …Margaret has taught me how to appeal to a prospect’s often hidden needs a… END_OF_DOCUMENT_TOKEN_TO_BE_REPLACED

It [Bridges to Consensus] lends itself specifically to church issues, while making itself significantly useful for understanding communications in any… END_OF_DOCUMENT_TOKEN_TO_BE_REPLACED

Working with Margaret helped me understand that conflict does not automatically have to mean confrontation. Now I know how to seek solutions that bene… END_OF_DOCUMENT_TOKEN_TO_BE_REPLACED

Margaret Anderson was instrumental in helping me hone my skills so that I could sort out, get clear, select, and land a “practically perfect” new busi… END_OF_DOCUMENT_TOKEN_TO_BE_REPLACED

It has been said that one of the best ways to teach is through story. In Love on the Rocks with a Twist, Margaret Anderson teaches the fine art of con… END_OF_DOCUMENT_TOKEN_TO_BE_REPLACED

As a ghostwriter, I negotiate contracts often, and for “invisible” goods. …Margaret has taught me how to appeal to a prospect’s often hidden needs a… END_OF_DOCUMENT_TOKEN_TO_BE_REPLACED

A Go-To Reference & Entertaining Read in One Book: Delightful fiction, indeed! Each of the stories is a standalone pleasure. I especially enjoyed the … END_OF_DOCUMENT_TOKEN_TO_BE_REPLACED