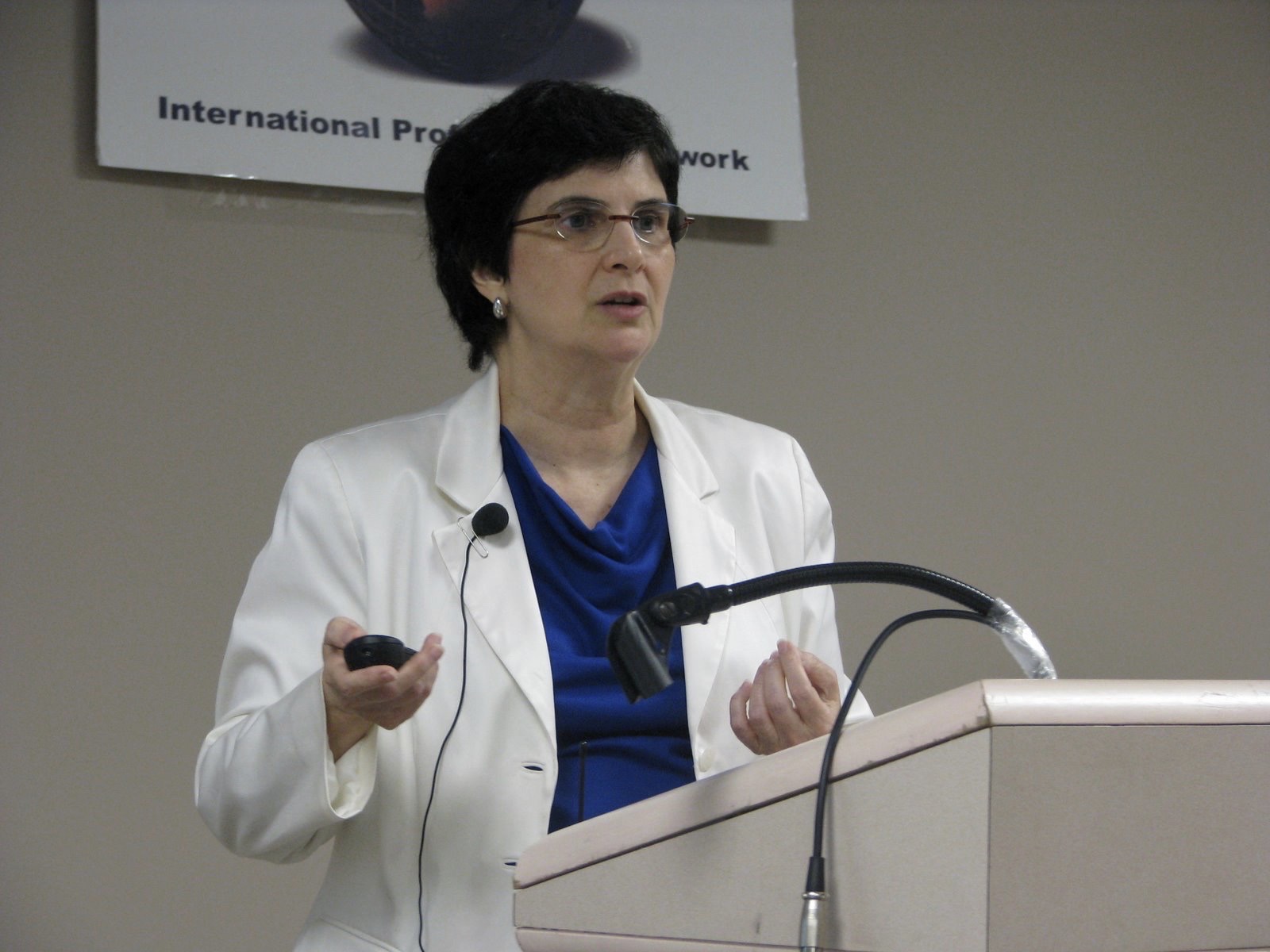 I’m an owl, not a lark. I like to stay up late and get up correspondingly late. But recently, I’ve tried to shift to a slightly earlier schedule. Yet, I’ve done just the reverse–stay up even later.

Tuesday, I lay down with a book in the afternoon and dozed off. When I woke, I thought, “Dang, now I won’t sleep well tonight.” I knew the power of that kind of thinking to create a self-fulfilling prophecy. I probably wouldn’t sleep well that night precisely because I didn’t expect to. I tried to suppress that negative thought. Yet, I sensed it flying below my conscious radar screen the rest of the day. Sure enough, I didn’t even feel sleepy enough to try to go to bed till about 5 AM Wed.

Adding insult to injury, when I got up Wednesday, my head talk beat me up, “This is awful! It can’t continue. I’ll soon be as out of sync with other people around here as if I were in Asia! I feel like a lazy slug.”

I stepped back and recognized two reasons my mind was working against my objectives. Once I realized that, I applied persuasion skills to my own contrary mind.

You can experience the first reason for my contrariness by doing this: Don’t think of a donut. What image just popped into your mind? A donut, right? Telling ourselves (or others) not to think about something instantly causes them to think of that very thing. The mind processes the “donut” quicker than the “don’t.”

The solution is to deliberately think about something else. If you don’t want to think about a donut, think about a salad. Want to stop that tune that’s been playing in your head all day? Mentally play a different tune, or better, hum it aloud. Want your child to stop thinking about monsters? Tell her to dream about visiting Granny.

On Wednesday, I didn’t want to think about lack of sleep. Instead, I reminded myself why it doesn’t matter when I go to sleep. I can write at any time of day or night. Most of my individual clients prefer to see me after close of business. If I have an early group training session, I know that, when I turn on my trainer mentally, I can function perfectly well on only a few hours sleep. I’ve proven that many times.

As to the second reason for my mind’s contrariness, recall that people instinctively resist being “made wrong.” [See Bridges to Consensus, Chapter 4; and Love on the Rocks with a Twist, short story “Duet for Flute and Phantom,” and “Study Notes” that follow.] The more you indicate that others are wrong, the harder they resist. Hence my “Silver Rule”: Avoid making people wrong, as by contradicting, arguing, reprimanding, criticizing or indirectly implying that they’re wrong by a should statement like, “You should get on an earlier schedule.”

This applies to self criticism, too. Whether you accept your own self-criticism and beat yourself up or you argue with the head talk and try to justify yourself, making yourself wrong is actually physically weakening. In my classes, I often do an impromptu demonstration in which a trainee holds her arm out, and I try to push it down. Her ability to resist me weakens after I instruct her to engage in a bit of self-critical head talk. Conversely, re-focusing on a legitimate self-compliment boosts her strength back up. Words like “should,” “have to,” and “need to” have the same weakening effect as self-criticism.

The solution is to reality-test, rephrase and reframe your wrong-making head talk. [See Bridges to Consensus, pp. 177-8.]

To counter the implicit self-criticism in “This is awful! It can’t continue….lazy slug,” I focused on the benefits of a late schedule. If I get up late, I’m still fresh for those after-business clients. I love the quietness after all the neighbors are in bed. I love looking out my window at the midnight blue pool rippling in the breeze. I produce some of my best breakthrough ideas late at night.

Wednesday night, I fell asleep at what had been my normal time before Tuesdays’s 5:00 AM-er. More importantly, I woke on Thursday feeling positive.

As a ghostwriter, I negotiate contracts often, and for “invisible” goods. …Margaret has taught me how to appeal to a prospect’s often hidden needs a… END_OF_DOCUMENT_TOKEN_TO_BE_REPLACED

Working with Margaret helped me understand that conflict does not automatically have to mean confrontation. Now I know how to seek solutions that bene… END_OF_DOCUMENT_TOKEN_TO_BE_REPLACED

My life has gone much more smoothly since taking your class.  Be it a discussion with…or a coworker, there is less stress and more preferable resul… END_OF_DOCUMENT_TOKEN_TO_BE_REPLACED

So much of our daily communication consists of argument, I’m delighted to learn new methods that remove the argument and place both parties on the roa… END_OF_DOCUMENT_TOKEN_TO_BE_REPLACED

It Strikes a Chord: I’ve spent a lifetime reading stories, and I’m not easy to please. This little pocketful kept me pleasurably engaged all the way t… END_OF_DOCUMENT_TOKEN_TO_BE_REPLACED

Although the book [Bridges to Consensus] is written with clergy in mind, I was instantly engrossed in the material and could see my way to using her s… END_OF_DOCUMENT_TOKEN_TO_BE_REPLACED

Margaret Anderson was instrumental in helping me hone my skills so that I could sort out, get clear, select, and land a “practically perfect” new busi… END_OF_DOCUMENT_TOKEN_TO_BE_REPLACED

It has been said that one of the best ways to teach is through story. In Love on the Rocks with a Twist, Margaret Anderson teaches the fine art of con… END_OF_DOCUMENT_TOKEN_TO_BE_REPLACED

Margaret Anderson’s presentation takes the wisdom of Ben Franklin’s stated virtue: “Speak not but what may benefit others or yourself” into the realm … END_OF_DOCUMENT_TOKEN_TO_BE_REPLACED

It [Bridges to Consensus] lends itself specifically to church issues, while making itself significantly useful for understanding communications in any… END_OF_DOCUMENT_TOKEN_TO_BE_REPLACED

While reading “Bridges to Consensus”, I volunteered to organize a project with my quilt bee, 15 professional, talented, and strongly-opinionated w… END_OF_DOCUMENT_TOKEN_TO_BE_REPLACED

Thank you. It was a pleasure attending your class. It taught me to ask “Why?” when I am trying to resolve an issue. I learned a lot and am happy I had… END_OF_DOCUMENT_TOKEN_TO_BE_REPLACED

I believe Bridges to Consensus applies to every facet of our lives… It doesn’t knock you over like a fire hose. It enters your spirit quietly and ge… END_OF_DOCUMENT_TOKEN_TO_BE_REPLACED

As a ghostwriter, I negotiate contracts often, and for “invisible” goods. …Margaret has taught me how to appeal to a prospect’s often hidden needs a… END_OF_DOCUMENT_TOKEN_TO_BE_REPLACED

The course was very interesting and learning the skill set in the classroom to apply in real life situations is invaluable.  It’s definitely about … END_OF_DOCUMENT_TOKEN_TO_BE_REPLACED

A Go-To Reference & Entertaining Read in One Book: Delightful fiction, indeed! Each of the stories is a standalone pleasure. I especially enjoyed the … END_OF_DOCUMENT_TOKEN_TO_BE_REPLACED