Me Too: Questions and Analogies 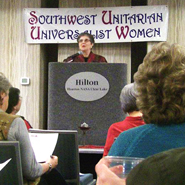 The Me Too movement raises emotions, questions and speculative answers. How could so many famous men have sexually harassed or abused women? Some of those men have made large, positive contributions to our society. Others, if not angels, at least seemed normal, respectable.

It’s shocking enough to learn that one person of whom we think well has seriously harmed another. It shakes our faith in that person and in our own judgment. Were they ever honest with me? How could they have done this terrible thing, and I never had a clue? We feel even more shocked and incredulous when larger numbers of whistle blowers and accused are involved.

We don’t want to believe it, so our first impulse is to explain it away. I once had a plumber I’ll call “Barney,” recommended by my sister. He was the nicest, most easy-going man you could ever hope to meet. He didn’t charge an arm and a leg. He actually cleaned up after himself. He didn’t work weekends or evenings because he had remarried and wanted to spend more time at home this second time around.

One evening, my sister emailed, “OMG, this was Barney,” with a link to a local news story. Barney had shot his wife and father-in-law, set the house afire, and shot himself. The ATF carried box after box of ammunition and firearms from the premises.

We tried to explain what we didn’t want to believe. “I heard his son was killed,” said my sister.” Maybe that sent him over the edge.” Perhaps he was drawn into a cult or paramilitary group that brainwashed him, I thought.

With respect to Me Too, we might hear:  “Those women are lying to get money; why else would only prominent men be targeted?” or “OK, maybe the men did those things, but it couldn’t have harmed all those women all that much.” To some minds, the more people involved, the greater the urge to disbelieve and rationalize.

Yet, many times in history, someone discovered that a common practice by a large group of people seriously harmed, or even killed, another large group. These discoveries were denied, squelched or explained away, only to be verified years later. In Bridges to Consensus, p. 40, I wrote:

The more…a concept…guides…day-to-day actions…, the more we…resist changing it… Consider this example from an online article about a disease known as “childbed fever”[1]:

“In the late 1840’s, Dr. Ignaz Semmelweis was an assistant in the maternity wards of a Vienna hospital. There he observed that the mortality rate in a delivery room staffed by medical students was up to three times higher than in a second delivery room staffed by midwives… [W]omen were terrified of…the medical students. Semmelweis observed that the students were coming straight from their lessons in the autopsy room to the delivery room. He postulated that the students might be carrying the infection from their dissections to birthing mothers. He ordered doctors and medical students to wash their hands with a chlorinated solution before examining women in labor. The mortality rate in his maternity wards eventually dropped to less than one percent.

“Despite the remarkable results, Semmelweis’s colleagues greeted his findings with hostility. He eventually resigned his position. Later, he had similar dramatic results with handwashing in another maternity clinic, but to no avail. Ironically Semmelweis died in 1865 of Streptococcus pyogenes, with his views still largely ridiculed.”

For Semmelweis’s colleagues, accepting the simple measure of hand washing would be tantamount to admitting that their dirty paws had killed many people. That would make them very wrong indeed. So they went into denial, kept up their current practice, taking even more lives.

Even the one who discovers a harmful practice may later reverse himself. At one time, Sigmund Freud noticed that most of his female patients reported past incest. He saw the link between the patients’ histories and their symptoms. Freud grossly minimized the harm of incest by referring to this phenomenon as ”Infant seduction.” The term “seduction” suggests that a child is capable of consenting to sexual advances by a close relative. But at least he knew it was harmful.

In fact, a child can’t resist such advances by an adult on whom the child depends for the basic necessities of life. Moreover, in the late 1800s, it was scandalous for a single woman not to live with her parents. So even adult women were effectively precluded from resisting incestuous advances.

But the story gets worse. In time, Freud asserted that he had been mistaken about infant seduction, that the real cause of these women’s symptoms was an “Oedipal fantasy,” the desire of a child for the parent of the opposite sex. So he not only first claimed that a dependent child could resist incest, he not only later put the blame on the child herself, but by using the word “fantasy,” he suggested that the child only imagined the incestuous activity.

In the late 20th century, a number of psychologists and psychiatrists rediscovered the harmfulness of incest. They found that the harm is much greater, and incest much more prevalent, than we would guess or want to believe.

We see the same tendency to disbelief of Me Too women. As you all know, I’m not a fan of categorical statements such as, “All of those women must be lying,” or “None of those women exaggerated.” But even if one or two accusers exaggerated, or even lied, the large number of accusations doesn’t dissuade me from believing the accusations. Rather it convinces me that most, if not all, of them have validity.

For reasons I’ll develop in a future post, going public about abuse or sexual harassment is extremely difficult, even dangerous. As a persuasion expert, I am all the more aware of the hurdles these women faced in convincing people that the workplace incidents even occurred, let alone of the prevalence of such incidents and the suffering and damage they cause. In addition to the psychological pain of reliving and describing their experiences, they knew they would meet with ridicule, anger, hate, and threats. These repercussions would be even worse if they had lied. No way do I believe that any significant number of the Me Too women took these risks lightly.

In future posts in this series, I’ll address the question of why so many of the men recently accused are famous. I’ll also explain why my own experiences, as well as those reported to me by other women, lead to the conclusion that these famous men are only the tip of the iceberg.

[1] The article “Handwashing,” by Christine L. Case, Ed.D, is no longer found online.

The course was very interesting and learning the skill set in the classroom to apply in real life situations is invaluable.  It’s definitely about … END_OF_DOCUMENT_TOKEN_TO_BE_REPLACED

It Strikes a Chord: I’ve spent a lifetime reading stories, and I’m not easy to please. This little pocketful kept me pleasurably engaged all the way t… END_OF_DOCUMENT_TOKEN_TO_BE_REPLACED

Thank you. It was a pleasure attending your class. It taught me to ask “Why?” when I am trying to resolve an issue. I learned a lot and am happy I had… END_OF_DOCUMENT_TOKEN_TO_BE_REPLACED

As a ghostwriter, I negotiate contracts often, and for “invisible” goods. …Margaret has taught me how to appeal to a prospect’s often hidden needs a… END_OF_DOCUMENT_TOKEN_TO_BE_REPLACED

My life has gone much more smoothly since taking your class.  Be it a discussion with…or a coworker, there is less stress and more preferable resul… END_OF_DOCUMENT_TOKEN_TO_BE_REPLACED

It [Bridges to Consensus] lends itself specifically to church issues, while making itself significantly useful for understanding communications in any… END_OF_DOCUMENT_TOKEN_TO_BE_REPLACED

I believe Bridges to Consensus applies to every facet of our lives… It doesn’t knock you over like a fire hose. It enters your spirit quietly and ge… END_OF_DOCUMENT_TOKEN_TO_BE_REPLACED

A Go-To Reference & Entertaining Read in One Book: Delightful fiction, indeed! Each of the stories is a standalone pleasure. I especially enjoyed the … END_OF_DOCUMENT_TOKEN_TO_BE_REPLACED

Margaret Anderson was instrumental in helping me hone my skills so that I could sort out, get clear, select, and land a “practically perfect” new busi… END_OF_DOCUMENT_TOKEN_TO_BE_REPLACED

While reading “Bridges to Consensus”, I volunteered to organize a project with my quilt bee, 15 professional, talented, and strongly-opinionated w… END_OF_DOCUMENT_TOKEN_TO_BE_REPLACED

Although the book [Bridges to Consensus] is written with clergy in mind, I was instantly engrossed in the material and could see my way to using her s… END_OF_DOCUMENT_TOKEN_TO_BE_REPLACED

Margaret Anderson’s presentation takes the wisdom of Ben Franklin’s stated virtue: “Speak not but what may benefit others or yourself” into the realm … END_OF_DOCUMENT_TOKEN_TO_BE_REPLACED

It has been said that one of the best ways to teach is through story. In Love on the Rocks with a Twist, Margaret Anderson teaches the fine art of con… END_OF_DOCUMENT_TOKEN_TO_BE_REPLACED

So much of our daily communication consists of argument, I’m delighted to learn new methods that remove the argument and place both parties on the roa… END_OF_DOCUMENT_TOKEN_TO_BE_REPLACED

Working with Margaret helped me understand that conflict does not automatically have to mean confrontation. Now I know how to seek solutions that bene… END_OF_DOCUMENT_TOKEN_TO_BE_REPLACED

As a ghostwriter, I negotiate contracts often, and for “invisible” goods. …Margaret has taught me how to appeal to a prospect’s often hidden needs a… END_OF_DOCUMENT_TOKEN_TO_BE_REPLACED