Want or Need? The Answer’s in the Interests 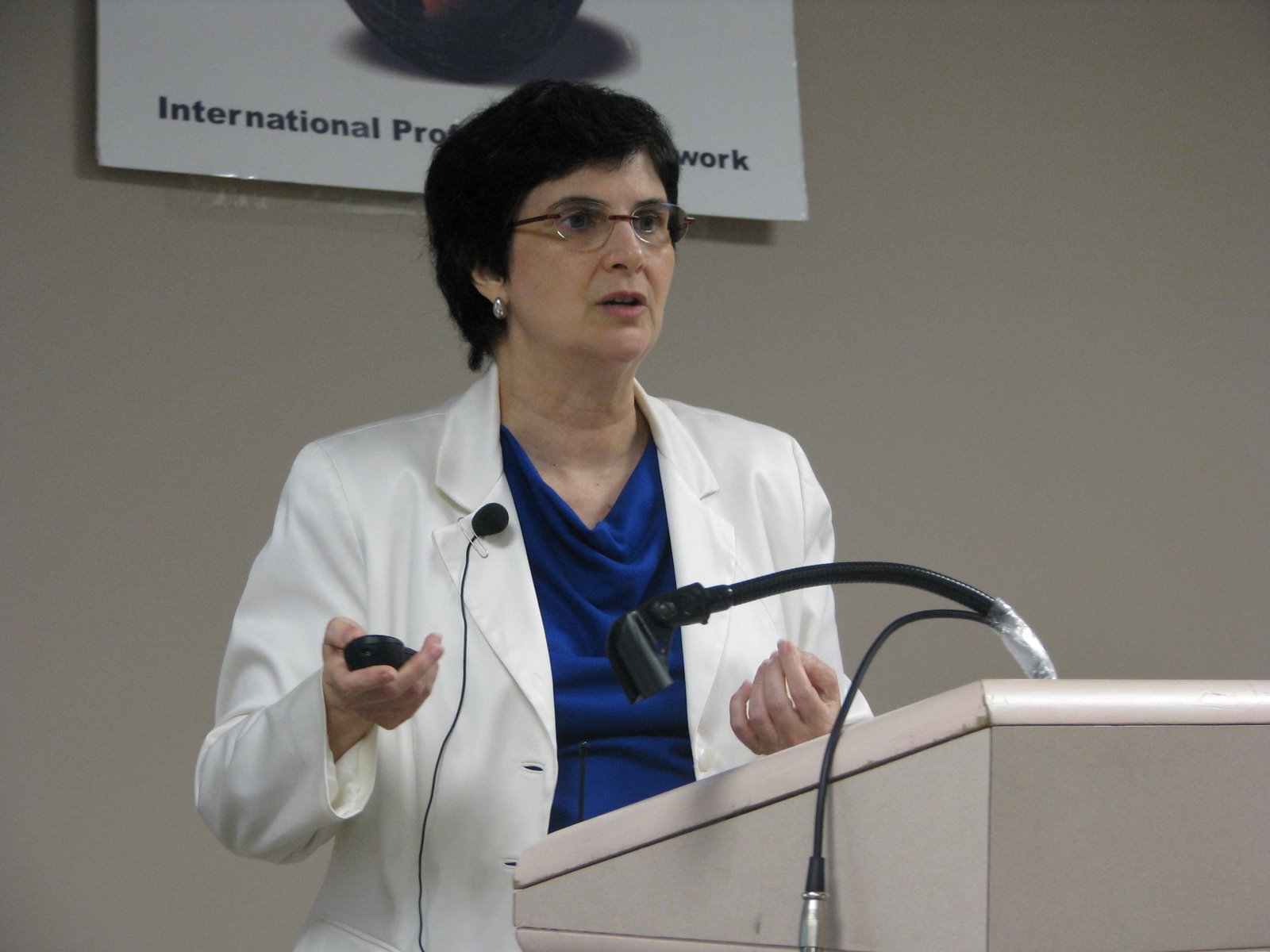 In a Facebook group I administer, I raised a discussion question, “What does love mean to you?” Among many great, thought-provoking comments, one member quoted something she’d heard, “Love is giving what someone else needs, not what they want.”

Another member followed up with an incident in which a friend of his really only needed a place to stay for a few days, but ended up staying two months. This resulted in dysfunctional interactions that were harmful to all concerned, especially the houseguest.

I thought of a child wanting his mother to write a homework essay for him, when he really needs to learn how to write on his own, perhaps beginning with guidance from Mom, then, building up to writing an essay all by himself.

But I also commented: “I love the recognition that what people think they want is not necessarily what they need. It can get tricky, though, because I am not necessarily the best judge of what another needs, either. Don’t roll them up in a blanket, hold their nose, and pour my own brand of medicine down their throat.”

So when a person asks us to do, or refrain from doing, something, and we think agreeing would work out badly for them and/or ourselves, how do we know what the person really needs? We look for the interests behind the favor the person requested. We can ask open questions, including my First Magic Question, “Why?”[1] Then, we listen. Listen to understand, not to inspire counterarguments.

I soon got a golden opportunity to practice this. Tuesday, I heard voices in the hall. I looked out my front door and saw an elderly neighbor I’ll call “Bea”—who has been limping worse and worse lately—struggling to her door. Another neighbor, Dee was pushing Bea’s grocery cart.

Two bags on the floor partially blocking Bea’s doorway. (I later learned that a third neighbor had placed them there for Bea.) I picked them up and entered Bea’s apartment with the others.

Bea fell into the first available chair. Dee and I offered to put the groceries away. “Why not? We could have this done in a few minutes.” But Bea wouldn’t agree. Said she could do it after a rest. I did talk her into letting me put away the milk I had picked up outside the door, pour out an out-of-date carton of buttermilk I found in the fridge and trash the carton.

She said she couldn’t order groceries because she didn’t have a computer. I suggested a simple, basic smart phone model.

Wednesday morning, I woke thinking about Bea. As frail as she is, her spouse Jay is worse. She’s the one taking care of him.

I was thinking things like: I should qualify my phone suggestion. Bea needs to learn if she can get comfortable using a smart phone before buying one. She needs more help at home. She needs her daughter to get more involved. They need to deal with whatever has caused her walking to deteriorate so rapidly. The couple needs to think about moving to an assisted living facility. I need to offer to do more for her.

But the recent Facebook group discussion reminded me that I’m not the best judge of what Bea and Jay need. I started planning open questions to ask Bea when I saw I had missed a call from her. When I returned the call, everything worked out even easier than I had expected. I didn’t have to formulate questions. I only had to listen with an open mind.

As to some of my concerns, Bea volunteered what I wanted to know without any prompting. She told me how I could help—pick up her mail when I went to the mailroom for my own. She had gotten some leg exercises from a physical therapist. Her daughter, who works for an imaging company, had set Bea up for scans on her legs.

As to other concerns, I only had to mention the general topic, and Bea took it from there. I mentioned that there’s a learning curve to using a smart phone. She said her daughter was going with her to buy one and would teach her. I offered to take her garbage to the trash room. She was determined to do her exercises and take it herself later.

Then, she added the words that clued me in to her most important interest: “I’m not going to give up.” That’s why she wanted me to do less instead of more. Not because she was bothering me. Not because she was embarrassed. Rather, because the more activities she “gives up” and turns over to others, the worse she will feel about herself—less confident, less hopeful, less secure, less independent. Conversely, the more she can do for herself, the better she will feel—mentally, physically and emotionally.

That’s what she needed—to do for herself as much as possible. So the loving thing for me to do was back off. I’m so glad I didn’t even try to persuade. Listening to understand did a better job.

Thank you. It was a pleasure attending your class. It taught me to ask “Why?” when I am trying to resolve an issue. I learned a lot and am happy I had… END_OF_DOCUMENT_TOKEN_TO_BE_REPLACED

It [Bridges to Consensus] lends itself specifically to church issues, while making itself significantly useful for understanding communications in any… END_OF_DOCUMENT_TOKEN_TO_BE_REPLACED

Margaret Anderson was instrumental in helping me hone my skills so that I could sort out, get clear, select, and land a “practically perfect” new busi… END_OF_DOCUMENT_TOKEN_TO_BE_REPLACED

The course was very interesting and learning the skill set in the classroom to apply in real life situations is invaluable.  It’s definitely about … END_OF_DOCUMENT_TOKEN_TO_BE_REPLACED

A Go-To Reference & Entertaining Read in One Book: Delightful fiction, indeed! Each of the stories is a standalone pleasure. I especially enjoyed the … END_OF_DOCUMENT_TOKEN_TO_BE_REPLACED

Margaret Anderson’s presentation takes the wisdom of Ben Franklin’s stated virtue: “Speak not but what may benefit others or yourself” into the realm … END_OF_DOCUMENT_TOKEN_TO_BE_REPLACED

So much of our daily communication consists of argument, I’m delighted to learn new methods that remove the argument and place both parties on the roa… END_OF_DOCUMENT_TOKEN_TO_BE_REPLACED

Although the book [Bridges to Consensus] is written with clergy in mind, I was instantly engrossed in the material and could see my way to using her s… END_OF_DOCUMENT_TOKEN_TO_BE_REPLACED

It Strikes a Chord: I’ve spent a lifetime reading stories, and I’m not easy to please. This little pocketful kept me pleasurably engaged all the way t… END_OF_DOCUMENT_TOKEN_TO_BE_REPLACED

As a ghostwriter, I negotiate contracts often, and for “invisible” goods. …Margaret has taught me how to appeal to a prospect’s often hidden needs a… END_OF_DOCUMENT_TOKEN_TO_BE_REPLACED

My life has gone much more smoothly since taking your class.  Be it a discussion with…or a coworker, there is less stress and more preferable resul… END_OF_DOCUMENT_TOKEN_TO_BE_REPLACED

While reading “Bridges to Consensus”, I volunteered to organize a project with my quilt bee, 15 professional, talented, and strongly-opinionated w… END_OF_DOCUMENT_TOKEN_TO_BE_REPLACED

Working with Margaret helped me understand that conflict does not automatically have to mean confrontation. Now I know how to seek solutions that bene… END_OF_DOCUMENT_TOKEN_TO_BE_REPLACED

I believe Bridges to Consensus applies to every facet of our lives… It doesn’t knock you over like a fire hose. It enters your spirit quietly and ge… END_OF_DOCUMENT_TOKEN_TO_BE_REPLACED

As a ghostwriter, I negotiate contracts often, and for “invisible” goods. …Margaret has taught me how to appeal to a prospect’s often hidden needs a… END_OF_DOCUMENT_TOKEN_TO_BE_REPLACED

It has been said that one of the best ways to teach is through story. In Love on the Rocks with a Twist, Margaret Anderson teaches the fine art of con… END_OF_DOCUMENT_TOKEN_TO_BE_REPLACED