Hope in a New Year 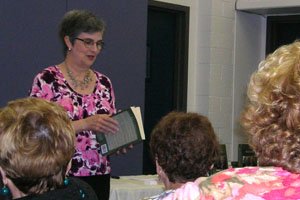 Many thanks for your patience during my extra-long holiday break. I hope you enjoyed your holidays, and wish you all the best in 2018.

It may seem that most news is bad news lately. But bad news gets more airtime than good news. I see many reasons for hope in the long run.

Yes, the environment is being harmed, species are threatened, and non-renewable energy sources are being used up. But various countries and organizations are taking countermeasures, and they’re working.

In one quick browse on The Good News Network e-zine, I came upon articles about: NASA seeing direct proof of ozone reduction; China banning sale of ivory; and tech billionaires Laura and Jack Dangermond donating $165 million to The Nature Conservancy to permanently protect 24,000 acres of pristine California coastline.

Yes, misogyny and sexual harassment—even assault—still exist. They are even directly or indirectly encouraged by “news” sources and the personal behavior of some political “ins.” But in what has been termed the “me too” movement, women are finally feeling safe enough to speak up about their experiences, and they’re being listened to. Iceland just made it illegal to pay women less than men for the same job.

Would you like to feel more hopeful about your personal or work life? Pick one practice from Bridges to Consensus or Love on the Rocks with a Twist, such as paraphrasing. Then, practice daily till it becomes second nature.

I remember how common bullying was when I was a kid. I can hardly bear to think about some of the things that went on. I attended a private girls’ academy. Bullying was especially bad in our sister school for boys. Handicapped boys picked on and teachers apparently doing nothing about it. I heard from a man who was about 13 years ahead of me in school that sometimes his phys. ed. teacher did the bullying, pitting one of the biggest brutes in the class against one of the puniest in a boxing match.

Even as a girl, I was horrified about that level of bullying. But I was never taught how harmful name-calling and the like can be. I’m ashamed that I sometimes called names.

Nowadays, school children are taught more enlightened attitudes. I often read that a child with Downs Syndrome or some other challenge is elected homecoming queen or king. Or a physically challenged boy is allowed to participate and score in one play of a football or basketball game. Even the opposing team collaborates in this. Just google “opposing team collaborates to let disabled boy score.” If you don’t see things that bring tears to your eyes, get your vital signs checked.

Schools even help kids who, while not necessarily bullied, may feel lonely and isolated. For example, some designate a particular bench where a kid can sit at recess or lunch if they would like some company. And other students really do go and sit there with the lonely schoolmate.

I know every generation puts its hope in the next. But I believe hope in our young people is justified by the things they’re already doing. I’ve read that today’s youth are likely to be the most law abiding and charitable.

And though humans might do some things worse than their forebears, on average, human kindness has increased over the centuries. For example, we no longer try people for crimes by tying them up and throwing them in a lake to see whether or not they float. Some states still have the death penalty, but it can no longer be applied to non-death crimes, such as theft. It can’t even be applied to any and all killings, only to murders exacerbated by particular circumstances, such as murdering an officer of the law while attempting to escape.

As Martin Luther King, Jr. said, “…the arc of the moral universe is long, but it bends toward justice.”

Happy and hopeful New Year, everyone!

The course was very interesting and learning the skill set in the classroom to apply in real life situations is invaluable.  It’s definitely about … END_OF_DOCUMENT_TOKEN_TO_BE_REPLACED

It Strikes a Chord: I’ve spent a lifetime reading stories, and I’m not easy to please. This little pocketful kept me pleasurably engaged all the way t… END_OF_DOCUMENT_TOKEN_TO_BE_REPLACED

Thank you. It was a pleasure attending your class. It taught me to ask “Why?” when I am trying to resolve an issue. I learned a lot and am happy I had… END_OF_DOCUMENT_TOKEN_TO_BE_REPLACED

As a ghostwriter, I negotiate contracts often, and for “invisible” goods. …Margaret has taught me how to appeal to a prospect’s often hidden needs a… END_OF_DOCUMENT_TOKEN_TO_BE_REPLACED

My life has gone much more smoothly since taking your class.  Be it a discussion with…or a coworker, there is less stress and more preferable resul… END_OF_DOCUMENT_TOKEN_TO_BE_REPLACED

It [Bridges to Consensus] lends itself specifically to church issues, while making itself significantly useful for understanding communications in any… END_OF_DOCUMENT_TOKEN_TO_BE_REPLACED

I believe Bridges to Consensus applies to every facet of our lives… It doesn’t knock you over like a fire hose. It enters your spirit quietly and ge… END_OF_DOCUMENT_TOKEN_TO_BE_REPLACED

A Go-To Reference & Entertaining Read in One Book: Delightful fiction, indeed! Each of the stories is a standalone pleasure. I especially enjoyed the … END_OF_DOCUMENT_TOKEN_TO_BE_REPLACED

Margaret Anderson was instrumental in helping me hone my skills so that I could sort out, get clear, select, and land a “practically perfect” new busi… END_OF_DOCUMENT_TOKEN_TO_BE_REPLACED

While reading “Bridges to Consensus”, I volunteered to organize a project with my quilt bee, 15 professional, talented, and strongly-opinionated w… END_OF_DOCUMENT_TOKEN_TO_BE_REPLACED

Although the book [Bridges to Consensus] is written with clergy in mind, I was instantly engrossed in the material and could see my way to using her s… END_OF_DOCUMENT_TOKEN_TO_BE_REPLACED

Margaret Anderson’s presentation takes the wisdom of Ben Franklin’s stated virtue: “Speak not but what may benefit others or yourself” into the realm … END_OF_DOCUMENT_TOKEN_TO_BE_REPLACED

It has been said that one of the best ways to teach is through story. In Love on the Rocks with a Twist, Margaret Anderson teaches the fine art of con… END_OF_DOCUMENT_TOKEN_TO_BE_REPLACED

So much of our daily communication consists of argument, I’m delighted to learn new methods that remove the argument and place both parties on the roa… END_OF_DOCUMENT_TOKEN_TO_BE_REPLACED

Working with Margaret helped me understand that conflict does not automatically have to mean confrontation. Now I know how to seek solutions that bene… END_OF_DOCUMENT_TOKEN_TO_BE_REPLACED

As a ghostwriter, I negotiate contracts often, and for “invisible” goods. …Margaret has taught me how to appeal to a prospect’s often hidden needs a… END_OF_DOCUMENT_TOKEN_TO_BE_REPLACED