Your Brain on Mixed Messages 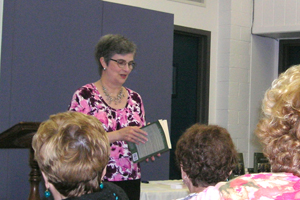 The human brain evolved to view others as either good (green light) or bad (red light). This helped prehistoric humans survive. Will Jojo help me fight off the saber-toothed cat or throw me to the cat while he escapes? They had to decide instantly. So it helped to pre-classify others.

The brain is uncomfortable with mixed messages or “cognitive dissonance.” If a “good” person hurts us, we may reclassify them as bad, or vice versa.

But no one is all good or all bad. Even a sociopath might adopt homeless animals. And which of us, no matter how good we try to be, doesn’t occasionally slip up?

Social conditions have changed faster than brain evolution could keep up. Nowadays, it often helps to override the urge to re-classify, and rather, step back and review the person’s past behavior. You might decide that you can trust Jojo to help clean up your yard after a storm, but not to return the pliers he borrowed.

Here’s a situation where one’s brain might try to reclassify someone from red to green because he recently did something good. In August, as hurricane Harvey approached the Texas coast, the governor asked for federal disaster relief, and the president promised to provide it. The brain of someone who had disapproved of the president might begin to feel, rather than think, “Maybe the Pres. is a good guy after all.”

But when one steps back and uses the conscious, logical part of the brain, they realize that agreeing to provide federal disaster relief tells us nothing about a president’s motivation or character. Not to provide relief would be political suicide. One takes into account many past behaviors. To name just a few, this is the same man who said he knew some “very fine people” among the neo-Nazi demonstrators in Charlottesville, who told Russians what great intel he gets, who spoke of nationalizing all local police, who summarily fired staff member after staff member, who tried to exclude journalists who wrote unfavorably about him from press conferences, and on and on.

What was he known for before he decided to run for political office? We have only to look at the rash of copycat expressions of bigotry that erupted after the election.  He was known to disdain women, people of color, handicapped people—pretty much any demographic group other than white, able-bodied, cis-gendered, heterosexual men.

Now let’s look at a situation where human brains re-classified from green (good) to red (bad). For most of Queen Elizabeth II’s life, the British esteemed her. They admired the fourteen-year-old who broadcast an encouraging message to evacuees during World War II, and later, served as a military truck mechanic.

As queen, she was seen as a source of stability. Yet, she also worked for change. She oversaw the end of the rule of primogeniture for British monarchs. Now, the oldest child of the monarch, whether girl or boy, inherits the throne. She ended the rule that British monarchs couldn’t marry Catholics. She backed other changes concerning the monarch’s finances.

But her behavior following the death of Princess Diana changed her from green to red in many British minds. It has taken all these years since for her image to recover—almost, but not completely.

Who considered that, upon Diana’s death, Elizabeth had to deal with a unique situation? She had no precedent to follow. The only thing even remotely similar was Wallis Simpson’s death. At the time of Wallis’s death, she was still a member of the royal family, Duchess of Windsor, widow of former King Edward VIII, later Duke of Windsor. Watch this video of her quiet, simple funeral, attended only by some of the royals and witnessed by only a few curious bystanders.

By contrast, Princess Diana instigated her divorce from Prince Charles. She went public with unflattering statements about Charles and the royal family. She voluntarily gave up membership in that family.

Elizabeth knew the public loved the princess, but she must also have thought that some Brits disapproved of the divorce, the tell-all, and the relationship with Dodi Fayed. If Elizabeth had displayed grief she didn’t feel, she could seem to condone Diana’s behavior and/or to be disloyal to her son. I can understand why she never imagined that the people would expect a high level of grief and involvement from the royals upon Diana’s death.

Even though Wallis Simpson was a royal family member, if she had had a big, splashy state funeral, reactions would have ranged from amazement to outrage. But Elizabeth had to learn that the people expected a big, splashy state funeral for Diana. The difference was that they disliked American, divorced, unappealing Wallis for luring the king off his throne. But they loved Diana as a warm, pretty “English rose,” who did a lot of good deeds and—in Diana’s eyes and those of many others—was treated unkindly by Charles and other royals.

That one short period of Elizabeth’s life made many people ignore, for a time, the good things for which they had admired her.

Learning to recognize cognitive dissonance, step back and apply a long memory is useful, not only for assessing famous people, but also for ordinary acquaintances.

The course was very interesting and learning the skill set in the classroom to apply in real life situations is invaluable.  It’s definitely about … END_OF_DOCUMENT_TOKEN_TO_BE_REPLACED

It Strikes a Chord: I’ve spent a lifetime reading stories, and I’m not easy to please. This little pocketful kept me pleasurably engaged all the way t… END_OF_DOCUMENT_TOKEN_TO_BE_REPLACED

Thank you. It was a pleasure attending your class. It taught me to ask “Why?” when I am trying to resolve an issue. I learned a lot and am happy I had… END_OF_DOCUMENT_TOKEN_TO_BE_REPLACED

As a ghostwriter, I negotiate contracts often, and for “invisible” goods. …Margaret has taught me how to appeal to a prospect’s often hidden needs a… END_OF_DOCUMENT_TOKEN_TO_BE_REPLACED

My life has gone much more smoothly since taking your class.  Be it a discussion with…or a coworker, there is less stress and more preferable resul… END_OF_DOCUMENT_TOKEN_TO_BE_REPLACED

It [Bridges to Consensus] lends itself specifically to church issues, while making itself significantly useful for understanding communications in any… END_OF_DOCUMENT_TOKEN_TO_BE_REPLACED

I believe Bridges to Consensus applies to every facet of our lives… It doesn’t knock you over like a fire hose. It enters your spirit quietly and ge… END_OF_DOCUMENT_TOKEN_TO_BE_REPLACED

A Go-To Reference & Entertaining Read in One Book: Delightful fiction, indeed! Each of the stories is a standalone pleasure. I especially enjoyed the … END_OF_DOCUMENT_TOKEN_TO_BE_REPLACED

Margaret Anderson was instrumental in helping me hone my skills so that I could sort out, get clear, select, and land a “practically perfect” new busi… END_OF_DOCUMENT_TOKEN_TO_BE_REPLACED

While reading “Bridges to Consensus”, I volunteered to organize a project with my quilt bee, 15 professional, talented, and strongly-opinionated w… END_OF_DOCUMENT_TOKEN_TO_BE_REPLACED

Although the book [Bridges to Consensus] is written with clergy in mind, I was instantly engrossed in the material and could see my way to using her s… END_OF_DOCUMENT_TOKEN_TO_BE_REPLACED

Margaret Anderson’s presentation takes the wisdom of Ben Franklin’s stated virtue: “Speak not but what may benefit others or yourself” into the realm … END_OF_DOCUMENT_TOKEN_TO_BE_REPLACED

It has been said that one of the best ways to teach is through story. In Love on the Rocks with a Twist, Margaret Anderson teaches the fine art of con… END_OF_DOCUMENT_TOKEN_TO_BE_REPLACED

So much of our daily communication consists of argument, I’m delighted to learn new methods that remove the argument and place both parties on the roa… END_OF_DOCUMENT_TOKEN_TO_BE_REPLACED

Working with Margaret helped me understand that conflict does not automatically have to mean confrontation. Now I know how to seek solutions that bene… END_OF_DOCUMENT_TOKEN_TO_BE_REPLACED

As a ghostwriter, I negotiate contracts often, and for “invisible” goods. …Margaret has taught me how to appeal to a prospect’s often hidden needs a… END_OF_DOCUMENT_TOKEN_TO_BE_REPLACED