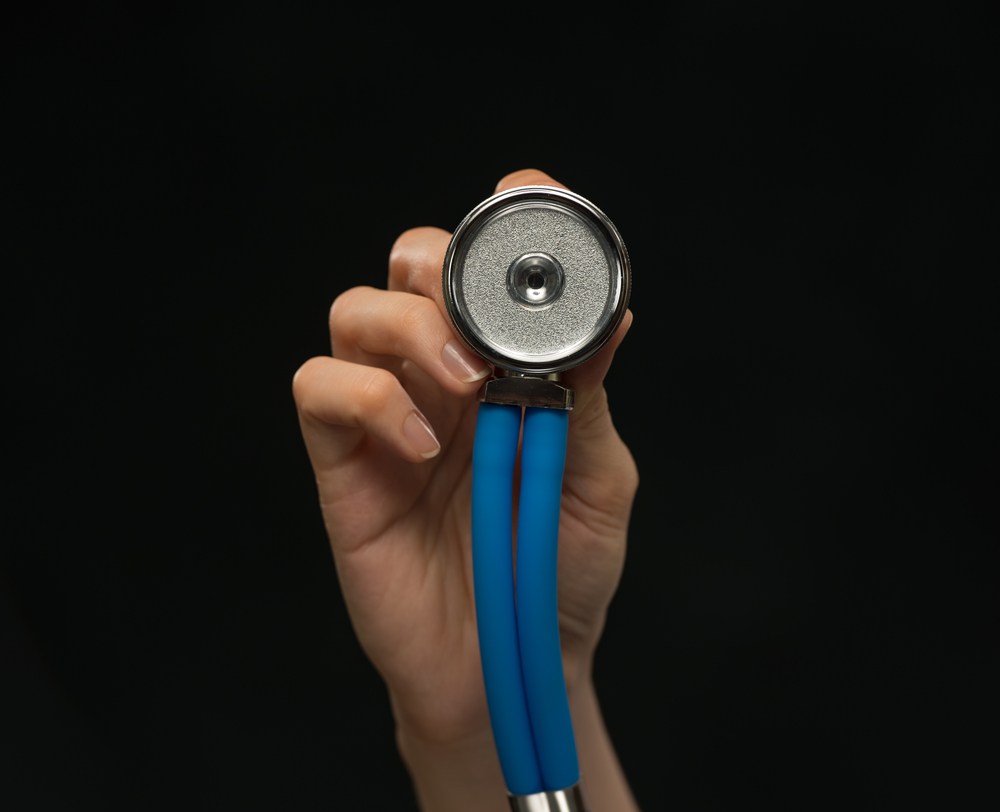 In my last post, I wrote about distinguishing between two kinds of journalism: (1) news reporting and (2) news commentary/analysis. Then, focusing on reporting, we looked at red flags. News reports should seek to inform, not to influence.

By contrast, the very purpose of commentary and analysis is to influence or persuade audience members. So this “opinion journalism” is of particular professional interest to me as a persuasion & communication trainer/consultant. The fact that opinions are permissible in this category makes it easy to turn into ratings-driven sensationalism, or worse, ideology-driven propaganda. The best commentators and analysts, therefore, abide by ethical and professional standards. How can we recognize them?

A doctor wouldn’t say a patient is depressed just because he lost his appetite. But if the patient also loses sleep, loses libido, worries more, and can’t motivate himself to do anything, he’s depressed. The doc also considers frequency. The patient sleeps poorly about once a week—no big deal. He sleeps poorly several times a week—time to do something about it.

Likewise, I wouldn’t diagnose a news commentator as unreliable just because she sometimes raises her voice. I suggest noticing clusters of symptoms, as well as their frequency.

Though they aren’t news reporters, commentators/analysts must state the facts on which they base their opinions. So, like news reporters, they should get their facts straight. If their fact statements don’t check out, that’s a negative symptom.

The best commentators seek to inspire thought, not to arouse strong emotions. Notice your immediate reaction to an opinion piece. If it occurs in your head, if you find yourself thinking, Hmmm. I hadn’t considered that angle, that’s a good, or at least neutral, sign. If it manifests in your gut as fear, anger or hate, that’s a bad symptom.

Do you think PBS’s Shields and Brooks are boring because they have conversations, rather than raging debates? Well, guess what? That’s a good sign. They want to inspire thought, and people don’t think well when scared or angry. These journalists not only moderate their tones of voice, they also avoid inflammatory language, such as sarcastic nicknames for individual politicians.

Conversely, a pattern of inciting fear and anger characterizes a program (or entire organization) that exists for the very purpose of pushing a particular political agenda by whatever means it can get away with, whether fair and ethical or not. Such a purpose is at odds with what traditional journalism is all about—the search for truth. Those behind such a program or organization don’t want viewers to think. They want them to be driven by mindless fear, anger, even hate.

It’s also a good sign that Shields and Brooks sometimes agree on a point or two. No thinking person would consistently agree, or consistently disagree, with every single thing a given politician or a given party proposes or does. If a journalist never ever strays from the party line, he isn’t thinking for himself, he’s a hired gun.

If a program shows you the person on one side of an issue head on, and the person on the other side viewed at an angle, that’s a bad symptom. Remember those subconscious “cues” I mentioned in my last post? Viewing someone head on cues us to subconsciously associate him with news anchors, people who report facts. So he has higher credibility with us than the person shown at an angle, and we never even realize we’re being influenced.

An attorney isn’t allowed to ask his own witness leading (yes-or-no) questions because they suggest the answer the attorney wants. She shouldn’t ask, “Did he hit you first?” but rather an open question, such as “How did the fight start?”

Likewise, if an interviewer often leads the subject with questions that suggest an answer, that’s a bad symptom. The best interviewers mostly ask open questions–who, what when, where, how, or why–so as not to influence the subject’s answer. They don’t ask a legislator, “Would a bathroom bill hurt Houston’s economy?” but rather, “How would a bathroom bill affect Houston’s economy?”

Suppose the legislator says, “Various people speculate about how the bill would affect Houston.”

The journalist tries a second open question, “Aside from speculations, what have business entities actually said about a bathroom bill?”

Again, the subject evades, “I’m sure that varies as well.”

Now, the journalist might ask a closed question to push for an answer, “On Tues., a group of Houston business leaders visited you. They claim to have quoted high-level executives of several companies that already have facilities in Houston as stating that, if Texas had a bathroom bill, they would not build more facilities in Houston. Do you deny hearing those statements?”

Beware journalists who, like Shakespeare’s lady, “protest too much.” I used to work with a man I’ll call “Joe.” Whenever Joe heard that someone said something he found inconvenient, his immediate, knew-jerk reaction was, “He’s lying.” Joe himself often lied. People tend to assume others think like they do. Their frequent, knee-jerk reaction is to accuse others of things they themselves do. So beware a channel, publication or individual that often accuses others of bias or “fake news.”

Do they provide evidence of the bias or fake news? No? They just make the judgmental statement and move on? Another big check in the bad symptom column.

Another guy I used to work with, “Mack,” made a lot of noise about how hard he worked. But his time records and work product proved the opposite. Beware a channel or publication that hammers away at how fair and unbiased they themselves are. People who really try their best to get at the truth tend not to do this. They don’t have to.

I could list more signs and symptoms, but I won’t. I’m sure those who have read this far are thinking, “This is overwhelming. Who has time to do all this work diagnosing news commentary? Margaret, how do you do it?”

If I’m not sure whether I’m for or against a particular issue, the last place I look for guidance is among journalists’ opinions. Depending on the nature of the issue, I look to scientists, economists, sociologists, etc.

The skills I teach for building consensus also help me make individual decisions, including decisions about political issues, and make them more efficiently. I’ll write more about this soon.

Meanwhile, if you must read or watch news commentary, I suggest you use the above criteria to assess it. The more you notice commentators inciting fear, anger or hate; never, ever straying from the party line; leading interviewees with yes-or-no questions; accusing other sources of bias or fake news (and providing no evidence); and touting their own fairness; the more suspicious you should be.

The course was very interesting and learning the skill set in the classroom to apply in real life situations is invaluable.  It’s definitely about … END_OF_DOCUMENT_TOKEN_TO_BE_REPLACED

It Strikes a Chord: I’ve spent a lifetime reading stories, and I’m not easy to please. This little pocketful kept me pleasurably engaged all the way t… END_OF_DOCUMENT_TOKEN_TO_BE_REPLACED

Thank you. It was a pleasure attending your class. It taught me to ask “Why?” when I am trying to resolve an issue. I learned a lot and am happy I had… END_OF_DOCUMENT_TOKEN_TO_BE_REPLACED

As a ghostwriter, I negotiate contracts often, and for “invisible” goods. …Margaret has taught me how to appeal to a prospect’s often hidden needs a… END_OF_DOCUMENT_TOKEN_TO_BE_REPLACED

My life has gone much more smoothly since taking your class.  Be it a discussion with…or a coworker, there is less stress and more preferable resul… END_OF_DOCUMENT_TOKEN_TO_BE_REPLACED

It [Bridges to Consensus] lends itself specifically to church issues, while making itself significantly useful for understanding communications in any… END_OF_DOCUMENT_TOKEN_TO_BE_REPLACED

I believe Bridges to Consensus applies to every facet of our lives… It doesn’t knock you over like a fire hose. It enters your spirit quietly and ge… END_OF_DOCUMENT_TOKEN_TO_BE_REPLACED

A Go-To Reference & Entertaining Read in One Book: Delightful fiction, indeed! Each of the stories is a standalone pleasure. I especially enjoyed the … END_OF_DOCUMENT_TOKEN_TO_BE_REPLACED

Margaret Anderson was instrumental in helping me hone my skills so that I could sort out, get clear, select, and land a “practically perfect” new busi… END_OF_DOCUMENT_TOKEN_TO_BE_REPLACED

While reading “Bridges to Consensus”, I volunteered to organize a project with my quilt bee, 15 professional, talented, and strongly-opinionated w… END_OF_DOCUMENT_TOKEN_TO_BE_REPLACED

Although the book [Bridges to Consensus] is written with clergy in mind, I was instantly engrossed in the material and could see my way to using her s… END_OF_DOCUMENT_TOKEN_TO_BE_REPLACED

Margaret Anderson’s presentation takes the wisdom of Ben Franklin’s stated virtue: “Speak not but what may benefit others or yourself” into the realm … END_OF_DOCUMENT_TOKEN_TO_BE_REPLACED

It has been said that one of the best ways to teach is through story. In Love on the Rocks with a Twist, Margaret Anderson teaches the fine art of con… END_OF_DOCUMENT_TOKEN_TO_BE_REPLACED

So much of our daily communication consists of argument, I’m delighted to learn new methods that remove the argument and place both parties on the roa… END_OF_DOCUMENT_TOKEN_TO_BE_REPLACED

Working with Margaret helped me understand that conflict does not automatically have to mean confrontation. Now I know how to seek solutions that bene… END_OF_DOCUMENT_TOKEN_TO_BE_REPLACED

As a ghostwriter, I negotiate contracts often, and for “invisible” goods. …Margaret has taught me how to appeal to a prospect’s often hidden needs a… END_OF_DOCUMENT_TOKEN_TO_BE_REPLACED