Give, and Receive, Support that Really Works 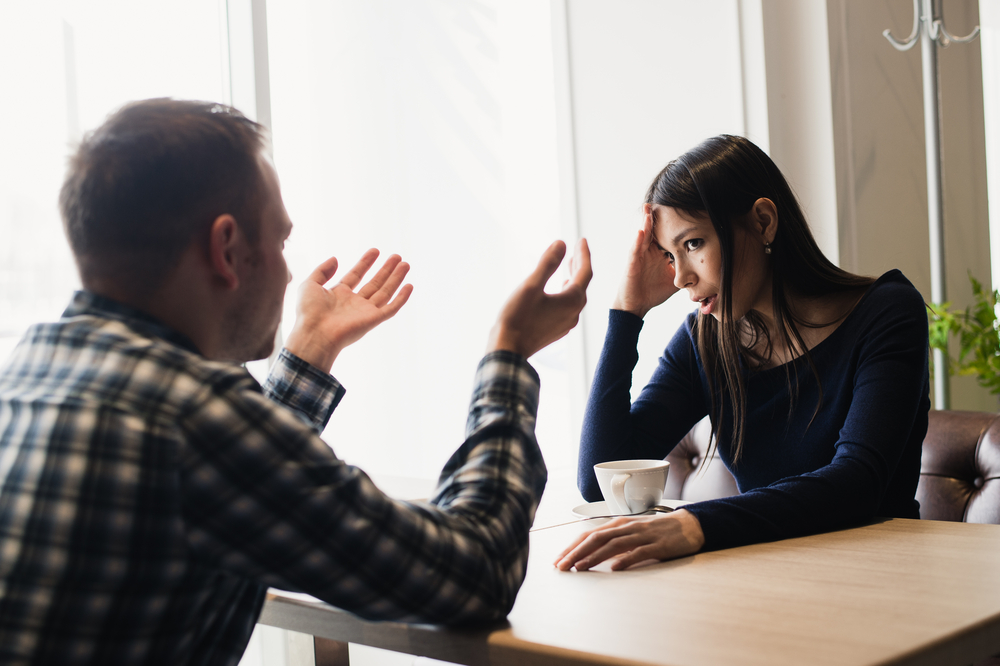 A few days ago, I came across this quote from Harmony by Karate by Sensei John, ” “Support others in the way they want to be supported.” I posted it in a Facebook group I administer, arousing curiosity about what it meant. So I promised to blog about it this week.

Here are some excerpts from Chapter 3 of my book Bridges to Consensus, discussing a typical example of giving a different kind of support from what another person wanted:

When I teach a complete consensus system, my trainees often find the session on gender one of the most helpful. They are relieved to learn that they aren’t “crazy” or “wrong,” and neither are their coworkers, friends and relatives of the opposite gender. They’re just looking at things in two different, but equally plausible, ways.

Like other cultural differences, many gender-based differences boil down to backgrounds in relatively hierarchical or egalitarian social systems. Most people need both some hierarchy and some level-field relations in their lives, yet lean more or less toward one or the other. Although there are many exceptions, on average, men are usually exposed to more hierarchical social structures than women of the same nationality, regionality, etc. Among themselves, women generally experience more egalitarian social systems than demographically similar males.

For example, when one person tells another about a problem, a man may see that as “revealing” or “admitting” the problem. He senses, often below his conscious radar screen, that the one with the problem has lower status. Therefore, he may tend not to reveal a problem except for a given purpose, typically to get the other person to help or advise him. So, when people reveal their problems, he assumes they want the listener’s help.

For many women, talking about a problem means “sharing” the problem. For them, discussing problems is a way of connecting with another person on a level field. Below their mental radar screens flies the assumption that we all have problems; that’s one of the things that makes us alike. When one woman tells another about a problem, hearing her friend reciprocate with empathy, perhaps by relating a similar experience of her own, reinforces the sense that she’s not alone. She does not necessarily want help, but if she does, she may seek collaboration and consensus, rather than action or directives from the other woman. In fact, stress in women triggers not only impulses to fight or flee, but also impulses to reach out and connect.

If Nell tells Gary she feels frazzled, trying to juggle her job, family and church volunteer work, Gary may reply, “So drop the volunteer work.” He assumes she wants advice, but Nell, wanting connection and understanding, feels offended. Where does Gary get off bossing her around when she tried to reach out to him? In addition, she might feel Gary is demeaning volunteer work that is very important to her as a source of fulfillment.

If Gary tells Nell his volunteer work is becoming too much for him, she might say, “I know just what you mean. I often feel that way too.” She offers understanding when he wants help. Gary thinks, Thanks for nothing. If you don’t want to help me, just say so.

[Some people] object, “That’s wrong. I know a woman who’s so hierarchical she always has to be the boss,” or “I know a man who’s very open about sharing his day-to-day problems.” They assume statements about trends refer to all women or all men. Qualifying words such as, “Mostly men but some women,” or “with many exceptions,” don’t even register with these folks. But this dichotomous, all or nothing, way of thinking is itself more characteristic of men than of women (with many exceptions).

Once you understand a typical dynamic, you can apply it to the exceptions...

For example, there have been occasions when, wanting only an empathetic ear, I expressed a problem to a woman, and she began to tell me, “Well, you’ve just got to…” I felt hurt and offended. However, having learned how this dynamic more typically works between men and women, I was able to see her words through another lens. She didn’t mean to brush me off or put me down (as my gut said). She thought I needed or wanted help and was trying to give it. I terminated the phone call, because it wasn’t what I needed at the time, but I didn’t terminate the friendship.

Conversely, there have been other occasions when a woman I care deeply about told me a problem, and eager to help, I began to make suggestions. Then, sensing that she was hurt by my response, I knew why and shifted gears. I stopped advising and started empathizing.

In other words, knowing about a common, but not universal, dynamic between opposite genders, I was better able to handle myself when that same dynamic occurred in atypical same-gender conversations.

Anytime someone relates a problem, and you’re in doubt about what type of support the want, just ask an open question discussed in Chapter 8 of Bridges to Consensus, “What would help?”

What if you’re the one who wants support, but you’re getting the wrong kind? First, consider that the other person is probably genuinely trying to help in the way they would want and put your indignation on the back burner. Then, ask for the kind of support you want.

“I’m not ready to think solutions yet. All I want now is an open ear.”

Or “So you’re saying you’ve been in my shoes. What do you think I should do.”

And if you liked this post, you’ll also enjoy other examples from my workshop “Navigating Cultural Differences We Never Knew We Had” at the 2013 General Assembly of the Unitarian Universalist Association. To access a text version, click here, then scroll down and click on “Text of the Presentation.” It includes a fun quiz—with no wrong answers!—featuring other cultural differences in communication style.

[1] See You Just Don’t Understand (Harper Paperbacks, 2001) and Talking from 9 to 5 (Harper Paperbacks, 1995). Others contend there is a biological factor behind at least some of these differences. A growing body of research indicates that both culture and biology contribute and actually influence each other. See Theresa L. Crenshaw, M.D., The Alchemy of Love and Lust, (G. P. Putnam’s Sons, 1996); Judith Newman, “I Thought I Could Trust Him…,” The Oprah Magazine 10 no. 3 (2009); Rev. Dr. Becky Edmiston-Lange,“The Brain that Changes Itself, Part I,” “The Brain that Changes Itself, Part II,” http://www.emersonhouston.org/who/selSermons.html.

I believe Bridges to Consensus applies to every facet of our lives… It doesn’t knock you over like a fire hose. It enters your spirit quietly and ge… END_OF_DOCUMENT_TOKEN_TO_BE_REPLACED

Working with Margaret helped me understand that conflict does not automatically have to mean confrontation. Now I know how to seek solutions that bene… END_OF_DOCUMENT_TOKEN_TO_BE_REPLACED

Margaret Anderson’s presentation takes the wisdom of Ben Franklin’s stated virtue: “Speak not but what may benefit others or yourself” into the realm … END_OF_DOCUMENT_TOKEN_TO_BE_REPLACED

Although the book [Bridges to Consensus] is written with clergy in mind, I was instantly engrossed in the material and could see my way to using her s… END_OF_DOCUMENT_TOKEN_TO_BE_REPLACED

The course was very interesting and learning the skill set in the classroom to apply in real life situations is invaluable.  It’s definitely about … END_OF_DOCUMENT_TOKEN_TO_BE_REPLACED

So much of our daily communication consists of argument, I’m delighted to learn new methods that remove the argument and place both parties on the roa… END_OF_DOCUMENT_TOKEN_TO_BE_REPLACED

A Go-To Reference & Entertaining Read in One Book: Delightful fiction, indeed! Each of the stories is a standalone pleasure. I especially enjoyed the … END_OF_DOCUMENT_TOKEN_TO_BE_REPLACED

Margaret Anderson was instrumental in helping me hone my skills so that I could sort out, get clear, select, and land a “practically perfect” new busi… END_OF_DOCUMENT_TOKEN_TO_BE_REPLACED

While reading “Bridges to Consensus”, I volunteered to organize a project with my quilt bee, 15 professional, talented, and strongly-opinionated w… END_OF_DOCUMENT_TOKEN_TO_BE_REPLACED

It [Bridges to Consensus] lends itself specifically to church issues, while making itself significantly useful for understanding communications in any… END_OF_DOCUMENT_TOKEN_TO_BE_REPLACED

Thank you. It was a pleasure attending your class. It taught me to ask “Why?” when I am trying to resolve an issue. I learned a lot and am happy I had… END_OF_DOCUMENT_TOKEN_TO_BE_REPLACED

As a ghostwriter, I negotiate contracts often, and for “invisible” goods. …Margaret has taught me how to appeal to a prospect’s often hidden needs a… END_OF_DOCUMENT_TOKEN_TO_BE_REPLACED

It has been said that one of the best ways to teach is through story. In Love on the Rocks with a Twist, Margaret Anderson teaches the fine art of con… END_OF_DOCUMENT_TOKEN_TO_BE_REPLACED

My life has gone much more smoothly since taking your class.  Be it a discussion with…or a coworker, there is less stress and more preferable resul… END_OF_DOCUMENT_TOKEN_TO_BE_REPLACED

As a ghostwriter, I negotiate contracts often, and for “invisible” goods. …Margaret has taught me how to appeal to a prospect’s often hidden needs a… END_OF_DOCUMENT_TOKEN_TO_BE_REPLACED

It Strikes a Chord: I’ve spent a lifetime reading stories, and I’m not easy to please. This little pocketful kept me pleasurably engaged all the way t… END_OF_DOCUMENT_TOKEN_TO_BE_REPLACED