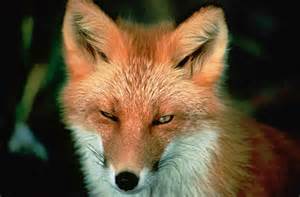 As I wrote last time, an act of kindness is a good beginning for a bridge between ordinary private individuals. But that doesn’t mean we should relax vigilance regarding public figures and organizations.

In view of the new administration’s statements about the press and media, see, for example, “Trump’s War with the Media Raises Questions of Trust,” this seemed like a good time to brush off and update an article I posted in 2014, long before Mr. Trump even announced his candidacy:

Some say, “The best defense is a good offense.” Turning this around, what does it mean when a person goes on the offense by pointing the finger at others? He may be trying to divert attention from his own misbehavior or hidden agenda.

Hence, another common adage, “It takes one to know one.” The person who’s quick to spout accusations such as “He’s lying,” “She’s biased,” or “They’re running scared,” may well be untruthful, prejudiced, or frightened himself.

One factor that drives such accusations is that people assume others think and behave the way they do. Their own behavior (lying, prejudice or running scared) seems normal.

For example, if someone often lies his way out of trouble, then when someone else in trouble offers an explanation or excuse, he says she’s lying.

However, few people always tell the absolute truth. In fact, the inability to lie or “spin” the truth is one of the symptoms of autism. Conversely, even the most pathological liar occasionally makes a true statement.

So how do we process accusations? When should we beware of the accuser?

Here are some yellow caution lights:

In this case, I would advise Ducky Lucky to seek further information. For example, Ducky should go back to Henny and ask her why she concluded the sky is falling. Ducky can also ask Goosy Loosey whether she has noticed any indications that the sky is falling.

Should Ducky Lucky trust what Turkey Lurky tells her in the future? The answer lies, not in whether or not the sky is actually falling, but rather, in how Turkey Lurky came to that conclusion. Does Turkey often accuse others of exaggerating, jumping to conclusions, or saying things that aren’t true?

Actually, Turkey’s very behavior on the present occasion provides a partial answer. Turkey accused Henny of the very thing he himself was doing, jumping to conclusions. So Ducky should be on the lookout for instances of Turkey jumping to conclusions in the future. The more such instances she observes, the less Ducky should take Turkey at his word, and the more she should fact check his statements.

Enter Foxy Loxy. He’s not Ducky Lucky’s fellow barnyard resident. Rather, Foxy is an outside professional. It’s his job to influence birds to do things contrary to their best interests. Luring birds away from the safety of the barnyard is how Foxy puts meat on his table. So he educates himself in the art of luring, gets lots of practice, and is very good at it.

For example, Foxy will not simply shout, “The sky is falling. Run! Run!” He will also select facts to support his statement that the sky is falling. “Henny Penny has a lump on her head. She’s tottering around in a dazed state. A piece of the sky must have hit her.”

Foxy manufactures additional facts. He lures the poultry under a pecan tree in autumn. Every time a nut falls from the tree and hits one of the birds, he says, “There goes another piece of the sky falling.”

Foxy plays to the birds’ fears and offers help, “Follow me. I’ll lead you to the Royal Palace so you can report this emergency to the monarch ASAP.”

When you hear an accusation from a professional fox—such as a pundit, fundraiser or spin doctor, and especially when that fox often make the same accusation of his competition, always check facts.

Thank you. It was a pleasure attending your class. It taught me to ask “Why?” when I am trying to resolve an issue. I learned a lot and am happy I had… END_OF_DOCUMENT_TOKEN_TO_BE_REPLACED

It [Bridges to Consensus] lends itself specifically to church issues, while making itself significantly useful for understanding communications in any… END_OF_DOCUMENT_TOKEN_TO_BE_REPLACED

Margaret Anderson was instrumental in helping me hone my skills so that I could sort out, get clear, select, and land a “practically perfect” new busi… END_OF_DOCUMENT_TOKEN_TO_BE_REPLACED

The course was very interesting and learning the skill set in the classroom to apply in real life situations is invaluable.  It’s definitely about … END_OF_DOCUMENT_TOKEN_TO_BE_REPLACED

A Go-To Reference & Entertaining Read in One Book: Delightful fiction, indeed! Each of the stories is a standalone pleasure. I especially enjoyed the … END_OF_DOCUMENT_TOKEN_TO_BE_REPLACED

Margaret Anderson’s presentation takes the wisdom of Ben Franklin’s stated virtue: “Speak not but what may benefit others or yourself” into the realm … END_OF_DOCUMENT_TOKEN_TO_BE_REPLACED

So much of our daily communication consists of argument, I’m delighted to learn new methods that remove the argument and place both parties on the roa… END_OF_DOCUMENT_TOKEN_TO_BE_REPLACED

Although the book [Bridges to Consensus] is written with clergy in mind, I was instantly engrossed in the material and could see my way to using her s… END_OF_DOCUMENT_TOKEN_TO_BE_REPLACED

It Strikes a Chord: I’ve spent a lifetime reading stories, and I’m not easy to please. This little pocketful kept me pleasurably engaged all the way t… END_OF_DOCUMENT_TOKEN_TO_BE_REPLACED

As a ghostwriter, I negotiate contracts often, and for “invisible” goods. …Margaret has taught me how to appeal to a prospect’s often hidden needs a… END_OF_DOCUMENT_TOKEN_TO_BE_REPLACED

My life has gone much more smoothly since taking your class.  Be it a discussion with…or a coworker, there is less stress and more preferable resul… END_OF_DOCUMENT_TOKEN_TO_BE_REPLACED

While reading “Bridges to Consensus”, I volunteered to organize a project with my quilt bee, 15 professional, talented, and strongly-opinionated w… END_OF_DOCUMENT_TOKEN_TO_BE_REPLACED

Working with Margaret helped me understand that conflict does not automatically have to mean confrontation. Now I know how to seek solutions that bene… END_OF_DOCUMENT_TOKEN_TO_BE_REPLACED

I believe Bridges to Consensus applies to every facet of our lives… It doesn’t knock you over like a fire hose. It enters your spirit quietly and ge… END_OF_DOCUMENT_TOKEN_TO_BE_REPLACED

As a ghostwriter, I negotiate contracts often, and for “invisible” goods. …Margaret has taught me how to appeal to a prospect’s often hidden needs a… END_OF_DOCUMENT_TOKEN_TO_BE_REPLACED

It has been said that one of the best ways to teach is through story. In Love on the Rocks with a Twist, Margaret Anderson teaches the fine art of con… END_OF_DOCUMENT_TOKEN_TO_BE_REPLACED