Why and What I Hope 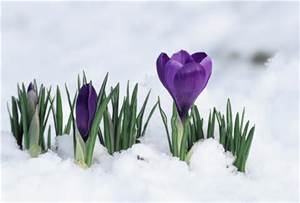 I’m moving forward with hope that our country can come through what Ken Burns considers the biggest challenge since the Cuban Missile Crisis, come through stronger and better. I’ll do what I can to help this happen in the safest, least traumatic way possible. May you also find hope in these ideas.

I hope because the election results represent a fluke of the electoral college system, not the preference of the majority of voters. Hillary Clinton won the popular vote by about 2,500,000.

I hope because many of those who voted for HRC were conservatives. One, reportedly, was George H. W. Bush. Another was my best friend. (At first, she threatened to write in Mickey Mouse, but in the end, she voted HRC.)

An anti-abortion Christian wrote a blog article about why she was voting for Hillary Clinton. Her research showed that the number of abortions drop during Democratic administrations because Democrats fund services that help women avoid the need for abortion.

At the GOP convention, many attendees tried to prevent the DT nomination.

These people aren’t going away. The cabinet appointments and post-election rhetoric have only strengthened their convictions.

I hope because DT voter regrets followed close on the heels of the election. A couple of HRC supporters were standing outside a convenience store crying. A woman who had voted for DT came out of the store so upset that she got into the wrong car. When she got out of the car, she joined hands with the couple, grieving hand-in-hand.

One woman reported conversing with individuals who had voted for DT but were now questioning their choice. What makes this story even better is that the woman did just what I would have recommended. She asked open questions and then listened—not to respond, but to understand. Better still, she recommended these active listening skills to others.

I hope because, with each of our last two presidents, at the first mid-term election, one or both houses of Congress “flipped,” (the majority switched to the other party). There is so much more dissatisfaction this time that both houses may flip at mid-term.

I hope because during the Obama administration, GOP senators and representatives felt safe introducing or supporting bills to repeal The Affordable Care Act or to ban all abortions without exception. They could safely do this to curry favor with their most extreme supporters without fear of repercussions when the bills became law. They knew the bills never would become law. They could count on President Obama to veto them.

That strategy is no longer safe. When Republicans control both the White House and both houses of Congress, they will have to think about possible repercussions of new laws. Put that fact together with the strong opposition to DT, plus the recent history of flips in mid-term elections. At least some GOP members of Congress will be more cautious about bills that would negatively affect millions of lives.

I hope because, even before mid-term, it will only take three GOP senators voting with Senate Democrats to constitute a majority.

I hope because hope drives my efforts to do what I can to make this a better country and a better world. I don’t know how much good I can do, but I know that, if I don’t even try, I won’t do any good at all.

I hope that you will join me.

I hope that those of us who supported Hillary Clinton will resist lashing out at all Republicans/conservatives. Rather, let’s encourage the kinds of conservatives I mention above.

I plan to write more specifically about how to do this in a series: “Know before You Go,” “Reach out to RINOs,” “Welcome the Wakened,” and “Careful with Cultists.” So stay tuned!

Thank you. It was a pleasure attending your class. It taught me to ask “Why?” when I am trying to resolve an issue. I learned a lot and am happy I had… END_OF_DOCUMENT_TOKEN_TO_BE_REPLACED

It [Bridges to Consensus] lends itself specifically to church issues, while making itself significantly useful for understanding communications in any… END_OF_DOCUMENT_TOKEN_TO_BE_REPLACED

Margaret Anderson was instrumental in helping me hone my skills so that I could sort out, get clear, select, and land a “practically perfect” new busi… END_OF_DOCUMENT_TOKEN_TO_BE_REPLACED

The course was very interesting and learning the skill set in the classroom to apply in real life situations is invaluable.  It’s definitely about … END_OF_DOCUMENT_TOKEN_TO_BE_REPLACED

A Go-To Reference & Entertaining Read in One Book: Delightful fiction, indeed! Each of the stories is a standalone pleasure. I especially enjoyed the … END_OF_DOCUMENT_TOKEN_TO_BE_REPLACED

Margaret Anderson’s presentation takes the wisdom of Ben Franklin’s stated virtue: “Speak not but what may benefit others or yourself” into the realm … END_OF_DOCUMENT_TOKEN_TO_BE_REPLACED

So much of our daily communication consists of argument, I’m delighted to learn new methods that remove the argument and place both parties on the roa… END_OF_DOCUMENT_TOKEN_TO_BE_REPLACED

Although the book [Bridges to Consensus] is written with clergy in mind, I was instantly engrossed in the material and could see my way to using her s… END_OF_DOCUMENT_TOKEN_TO_BE_REPLACED

It Strikes a Chord: I’ve spent a lifetime reading stories, and I’m not easy to please. This little pocketful kept me pleasurably engaged all the way t… END_OF_DOCUMENT_TOKEN_TO_BE_REPLACED

As a ghostwriter, I negotiate contracts often, and for “invisible” goods. …Margaret has taught me how to appeal to a prospect’s often hidden needs a… END_OF_DOCUMENT_TOKEN_TO_BE_REPLACED

My life has gone much more smoothly since taking your class.  Be it a discussion with…or a coworker, there is less stress and more preferable resul… END_OF_DOCUMENT_TOKEN_TO_BE_REPLACED

While reading “Bridges to Consensus”, I volunteered to organize a project with my quilt bee, 15 professional, talented, and strongly-opinionated w… END_OF_DOCUMENT_TOKEN_TO_BE_REPLACED

Working with Margaret helped me understand that conflict does not automatically have to mean confrontation. Now I know how to seek solutions that bene… END_OF_DOCUMENT_TOKEN_TO_BE_REPLACED

I believe Bridges to Consensus applies to every facet of our lives… It doesn’t knock you over like a fire hose. It enters your spirit quietly and ge… END_OF_DOCUMENT_TOKEN_TO_BE_REPLACED

As a ghostwriter, I negotiate contracts often, and for “invisible” goods. …Margaret has taught me how to appeal to a prospect’s often hidden needs a… END_OF_DOCUMENT_TOKEN_TO_BE_REPLACED

It has been said that one of the best ways to teach is through story. In Love on the Rocks with a Twist, Margaret Anderson teaches the fine art of con… END_OF_DOCUMENT_TOKEN_TO_BE_REPLACED