Use the Right Dictionary 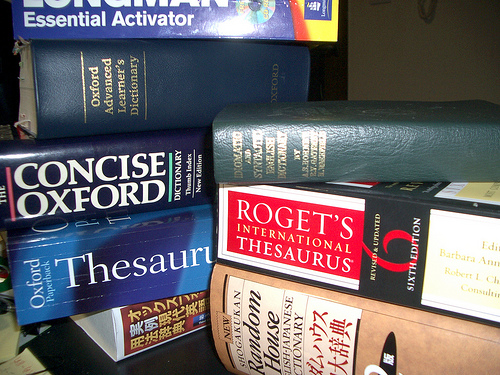 People often describe good communication as “getting on the same page,” but sometimes we aren’t even using the same dictionary. Many terms have one meaning in the common vernacular, but a very different scientific or medical meaning. This leads to miscommunicating and sometimes deliberately misleading people.

So when my doctor diagnosed me with acute sinusitis, did that mean I had a severe, drastic, dire case of sinusitis? No way! I didn’t feel sick at all. I only went to the doctor to ask her why I was blowing blood out of my pain-free, non-stuffy nose.

In medicine, the word “acute” doesn’t pertain to the severity of an illness or condition, but rather, to the duration. “Acute” indicates sudden onset and/or short duration. It can also indicate a need for immediate care. “Subacute” indicates longer duration. And “chronic” means indefinite duration or virtually no change. Bottom line, in medicine, “acute” means not chronic.

So the next time you’re diagnosed with an acute condition, don’t panic. And if your employee says, “I can’t come in. I have ACUTE!!! athletes foot,” that doesn’t necessarily mean he’s in torment or he can’t walk.

The worst misunderstandings stem from terms that pertain to the scientific method itself. For starters, many people believe that, if a scientist says something, there must be scientific proof for it. They don’t know that there is a specified method with  rules for what it takes to establish a scientific explanation for a phenomenon.

Stay tuned. We’ll take a closer look at the scientific method next time.

[1] There is Persistent Depressive Disorder, or Dysthymia, but again, the difference is mostly in the duration, which is subacute or chronic.