Procrastination Can Lead to Persuasion 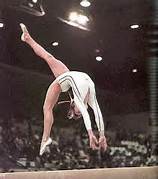 Recently, I thought I had to run up the white flag and go grocery shopping because I’d just put the last roll of TP on the spindle in my bathroom. Then I realized I could steal the one in the guest bath and hold out for one more day.

I procrastinate. After a trip, I either force myself to unpack immediately, or else I leave the open suitcase on the floor and take things out on an as-needed basis. A week later, the case is still there with one lone item left.

Procrastination has its downsides. While I put off shopping, my list grows longer. So it takes longer to shop and bring in the groceries in triple-digit heat. When I unpack as needed, I stub my toes on the suitcase lying on the floor. But sometimes procrastination leads to persuasion, like when you’re burning to spurt angry words.

In “You’ll Get Over It” from Love on the Rocks with a Twist, Sonia, tried to work off her anger at Leon with a power walk.

“About ten minutes after she’d reached her cardio speed and broken a sweat, she rounded a huge tree trunk and ran right into Leon walking in the other direction—literally bounced off him, landing smack on her backside…

“Nothing injured in the fall, so after ensuring that Leon, too, was OK, she resumed her power walk. But instead of continuing on his original track, Leon reversed directions and tagged along. “Was your car all right yesterday?” he asked.

“That did it. Knowing she was pumped up from exercise, knowing how that could increase her already seething temper, and knowing this was the worst time to mouth off, she could no longer resist. “Why are you suddenly so intent on making meaningless small talk?” Now that I want to avoid you.”

Things got even worse. You know my Silver Rule of persuasion: Avoid making others wrong (e.g. chastising, contradicting, etc). But as Leon proved oblivious to the reasons for Sonia’s anger, she started making him wrong, “Then everything else blew out like Mount St. Helen’s.”

The notes after the story show how Sonia might partially salvage the situation. But she’d have better options if she had procrastinated by pushing her verbal pause button, a phrase like “Give me a moment,” or “Let me think.”

Have you been enjoying the Olympic gymnastics? How do the gymnasts learn to jump up from a narrow beam and land back on the beam without falling? They start by walking a stripe on the floor. Next, they walk a beam a few inches from the floor. They gradually increase beam height and skill difficulty till they can fly off that beam and take our breath away.

Sonia’s stress in the trail scene was like an emotional Olympic event. She would have had a better chance of actually using her pause button under stress if she’d practiced in easier situations.

You can profit from Sonia’s experience. Start like the gymnast walking a stripe on the floor. Your child asks, “Can we order pizza for supper?” You practice saying, “Let me think,” even if you don’t really need to think. When the pause button comes naturally, move to a beam a few inches off the floor. Your coworker asks you to cover for him, but you had hoped to leave work early. What do you say? “Let me think.”Now, take a tiny jump on the beam. Your boss asks if you can finish a project two days earlier than planned. “Let me think.”

Soon your persuasive communication will soar as high as an Olympic gold medalist.

Learn more about the pause button by reading the entire story and its study notes. Click here to purchase.