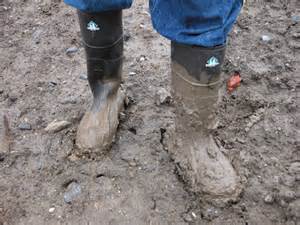 “A group of about 10 former classmates got together in Galveston this evening. I drove into a terrible storm and had to pull off the tollway because I just couldn’t see well enough. It was like a tropical storm. Got info from my sister by phone that, if it let up a little, and I could just make it to I-45, I’d be out of the storm, but if I turned around and tried to get home, I’d be driving into another batch of rain. She was right. I continued to Galveston, where it was not raining at all, and had such a good time renewing acquaintances.”

One of my Facebook friends commented, “Photos are terrifying.”

I replied, “Aw, check my homepage. I think ours are pretty cute.”

Three days later, I realized she had been referring to photos on the news about the severe weather, while I had been thinking about the pictures my classmates and I took at the party and were now posting on Facebook.

So there you have still another object lesson about something I’ve written before: getting things down in black and white doesn’t always make them clear. Writing can make words more ambiguous because we lose tones of voice and facial expressions. Those non-verbal tools help us to interpret others’ statements. They clue us in when others’ reactions to what we say don’t seem to fit.

In important, complicated or potentially important matters, speak in person, or at least by phone. Save the writing till you are ready to confirm that you both have the same understanding.

And for another object lesson about ambiguous writing, check out the story “Can We Talk” in Love on the Rocks with a Twist.