Be a Gift to the World 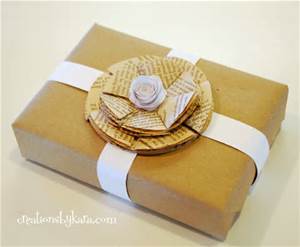 The December issue of The Oprah Magazine asked, “If you could give a gift to the world, what would it be?” Teresa Shupe of Mountain City, TN replied, “I would give all people a pardon for the biggest mistake they believe they’ve ever made.” She felt that, if we could let go of this baggage, we’d free ourselves to become gifts to the world.

I agree. Self-compassion opens us to building consensus, bringing peace into our own relationships. It’s easier to reach out to others when you know you’ll forgive yourself if the interaction doesn’t go as you wish.

Plus, forgiving yourself makes it easier to forgive others. But is forgiving others a gift to the world? Might it lead people who’ve hurt you to believe it’s okay to repeat the hurtful behavior?

Forgiveness simply means letting go of any grudge, ill will or urge to teach someone a lesson. We do it for ourselves because we’re the ones who suffer from carrying grudges.

Forgiveness rarely comes easy. It’s a process, not an event. But when you succeed in letting go of a grudge, you experience a freedom of spirit, as if a huge weight has been lifted from you.

Forgiving yourself can be harder than forgiving others. A grudge against oneself can lie so deep we don’t even realize it’s there.

Imagine that a dear friend is beating herself up for making the same mistake you made. What would you tell her? If she accepts what you say and forgives herself, how does that forgiveness affect the light she shines in the world?

Give yourself an early holiday present by forgiving a mistake you made. Say to yourself what you’d say to a friend who made the same mistake. Start now. It’s a process. You might have to repeat the words, modify them, meditate on them or process them with someone you trust.

If you forgive yourself by the time the holidays arrive, you’ll be a shining gift to the world.