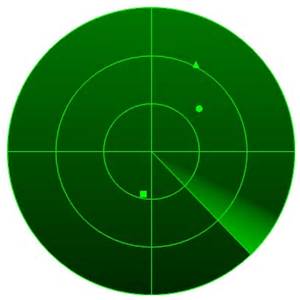 In Part I of this series, I noted that economists and sociologists have concluded that the single best thing a society can do for its overall wellbeing is to improve the status and wellbeing of women. I added that groups with a more balanced mix of both male and female traits and cultural norms resolve differences more often and more easily. I promised to explain this as the “Winners All” series continues.

Some of the most fascinating scientific work going on today deals with the human brain. In order to fully appreciate the way gender-related traits and culture affect consensus-seeking conversations, we must first understand that our conscious thoughts represent only a small fraction of the brain activity that motivates our ideas, decisions and behavior. In short, what we believe to be our reasons for what we do rarely represents the whole picture.

I summarized some examples of drivers that fly below our mental radar screens in my book Bridges to Consensus as follows:

In one experiment, a professor offered students the opportunity to bid on a bottle of wine using a four-part questionnaire. Question 1 asked for their names, Question 2 for the last two digits of their social security numbers. Question 3 asked them to think about the number represented by their answer to Question 2 and indicate whether or not they would be willing to pay a corresponding number of dollars for the wine. Question 4 requested their actual bids.

In another study, summarized by Robert Cialdini in Influence: The Psychology of Persuasion,[2] homeowners were asked to display an unsightly “Drive Carefully” sign in their front yards. The sign, as shown to the homeowners in a sample photo, was poorly lettered and so large it would significantly obscure the view of the house. In a control group, 83% of the residents refused to display the sign. The test group, however, had been primed two weeks earlier when asked to display a three-inch square sticker reading, “Be a safe driver.” Of those who had accepted and displayed the window sticker, 76% agreed to display the big, ugly sign.

Cialdini explains that, when a person commits to an idea or position, especially if he publicly goes on record, as by displaying the window sticker, his psychological need to act consistently with that position is virtually irresistible. One of his most chilling examples comes from the Korean War. Whereas the North Koreans tried to coerce captives to cooperate through cruelty and punishment, the Chinese took a different, and much more successful tack, their “lenient policy.” Post-war psychological studies revealed that, unlike World War II prisoners, almost all American prisoners in Chinese camps had collaborated with the enemy in some way or other.

The lenient policy began by asking the prisoner to make a seemingly inconsequential statement like, “The United States is not perfect.” Once the prisoner made the statement (went on record), the interrogator could usually get him to build on it, as by listing problems with America and signing the list. Later, he agreed to discuss his list with other prisoners or write a more complete essay, which was then aired on radio broadcasts to many POW camps.

“Aware that he had written the essay without any strong threats or coercion, many times a man would change his image of himself to be consistent with the deed and with the new ‘collaborator’ label.” When an American escaped from a camp, at least one such “collaborator” was willing to inform on him for as little as a bag of rice. The Chinese had a near perfect record on recapture.[3]

The drive for consistency is so irresistible that people can use it to manipulate others into making decisions that are clearly against their better interests. Sales people build on a small sale to procure a bigger one. Cult leaders use people’s public commitments to a belief or cause to draw them into suicide pacts such as the Heaven’s Gate tragedy.

Not all the subtle influences on our attitudes and behavior arise from overt suggestions by others. In college, I took an instinctive dislike to a fellow who sat next to me in class. Later, I became friends with his sister, which motivated me to take a second look at my classmate. Eventually, I figured out that my initial dislike of him stemmed from the fact that he wore the same fragrance as the first teenage boyfriend to break up with me.

These are just a few of many, many examples of subtle influences that affect our actions, decisions, opinions, indeed our very concepts of reality, without our conscious awareness. They operate below our mental radar screens, and our responses to them proceed on autopilot.

Moreover, such autopilot behaviors masquerade as conscious decisions. In what, to me, is the most amazing example of this, a researcher could stimulate the part of the brain that caused subjects to raise their arms. When asked why they had raised their arms, you would think most would say something like, “I don’t know. It just flew up on its own.” However, most subjects gave answers like, “I just decided to.” Our brains are fast and silent computers. They can rationalize any autopilot reaction so quickly we believe the rationalization is our original and only reason for our action.

So, as this “Winners All” series progresses, remember that, when you read about an underlying assumption that explains why people with shared cultural norms behave in a particular way, this doesn’t mean that they consciously think through that assumption before they act.

I believe Bridges to Consensus applies to every facet of our lives… It doesn’t knock you over like a fire hose. It enters your spirit quietly and ge… END_OF_DOCUMENT_TOKEN_TO_BE_REPLACED

It has been said that one of the best ways to teach is through story. In Love on the Rocks with a Twist, Margaret Anderson teaches the fine art of con… END_OF_DOCUMENT_TOKEN_TO_BE_REPLACED

It Strikes a Chord: I’ve spent a lifetime reading stories, and I’m not easy to please. This little pocketful kept me pleasurably engaged all the way t… END_OF_DOCUMENT_TOKEN_TO_BE_REPLACED

A Go-To Reference & Entertaining Read in One Book: Delightful fiction, indeed! Each of the stories is a standalone pleasure. I especially enjoyed the … END_OF_DOCUMENT_TOKEN_TO_BE_REPLACED

Thank you. It was a pleasure attending your class. It taught me to ask “Why?” when I am trying to resolve an issue. I learned a lot and am happy I had… END_OF_DOCUMENT_TOKEN_TO_BE_REPLACED

As a ghostwriter, I negotiate contracts often, and for “invisible” goods. …Margaret has taught me how to appeal to a prospect’s often hidden needs a… END_OF_DOCUMENT_TOKEN_TO_BE_REPLACED

The course was very interesting and learning the skill set in the classroom to apply in real life situations is invaluable.  It’s definitely about … END_OF_DOCUMENT_TOKEN_TO_BE_REPLACED

My life has gone much more smoothly since taking your class.  Be it a discussion with…or a coworker, there is less stress and more preferable resul… END_OF_DOCUMENT_TOKEN_TO_BE_REPLACED

Although the book [Bridges to Consensus] is written with clergy in mind, I was instantly engrossed in the material and could see my way to using her s… END_OF_DOCUMENT_TOKEN_TO_BE_REPLACED

Working with Margaret helped me understand that conflict does not automatically have to mean confrontation. Now I know how to seek solutions that bene… END_OF_DOCUMENT_TOKEN_TO_BE_REPLACED

It [Bridges to Consensus] lends itself specifically to church issues, while making itself significantly useful for understanding communications in any… END_OF_DOCUMENT_TOKEN_TO_BE_REPLACED

So much of our daily communication consists of argument, I’m delighted to learn new methods that remove the argument and place both parties on the roa… END_OF_DOCUMENT_TOKEN_TO_BE_REPLACED

Margaret Anderson’s presentation takes the wisdom of Ben Franklin’s stated virtue: “Speak not but what may benefit others or yourself” into the realm … END_OF_DOCUMENT_TOKEN_TO_BE_REPLACED

As a ghostwriter, I negotiate contracts often, and for “invisible” goods. …Margaret has taught me how to appeal to a prospect’s often hidden needs a… END_OF_DOCUMENT_TOKEN_TO_BE_REPLACED

Margaret Anderson was instrumental in helping me hone my skills so that I could sort out, get clear, select, and land a “practically perfect” new busi… END_OF_DOCUMENT_TOKEN_TO_BE_REPLACED

While reading “Bridges to Consensus”, I volunteered to organize a project with my quilt bee, 15 professional, talented, and strongly-opinionated w… END_OF_DOCUMENT_TOKEN_TO_BE_REPLACED