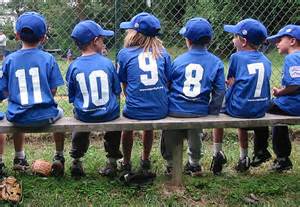 For several months, I’ve been watching a lot of sports on TV, and I mean a lot. No one has been more surprised by this development that I have. It started when the Houston Rockets got into the playoffs. When they were finally eliminated, I found myself wanting to watch more sports, so I began watching the Houston Astros almost every day.

Though I have become a big fan, there are things in these broadcasts that I do not enjoy, things that cause me to ask, “Why do they do that?” Why do basketball players chew on one end of the tooth guard, while the other end hangs out and wags up and down? Why do baseball players spit so much? Do these guys not realize how disgusting that looks? Do they forget that we see close ups of their faces while they’re doing these things?

And what about the sportscasters who call the baseball games? Why do they rattle on with such meaningless statistics? “Joe Doaks ranks third in slugging among right-handed left fielders, who came up from the minors at age 22, have black hair and blue eyes, and are the youngest sons in their families.”

One of the keys to building a mutually beneficial agreement is understanding the other person’s interests—why they want what they say they want, why they do what they do. Once you understand why, look for a way to address their interests, a different way than they request, a way that also satisfies your interests.

Here’s a simple example. You want to go to a deli for lunch, but your friend wants to go for Tex-Mex. You could give in and go for Tex-Mex. Or you could dig in your heels and insist on going to the deli.

Or you could ask your friend why he wants Tex-Mex. Suppose he says he has to work late tonight and wants a filling lunch to last him till 8:00 or 9:00. His interest is a filling lunch.

Now you tell him the reason you want to go to the deli is because they have a large salad bar. You overate yesterday and want to make up for it by eating light today. That’s your interest.

Instead of engaging in a power struggle, the two of you might then agree to go to an Italian restaurant with a large salad bar, thus meeting both persons’ interests.

So instead of continuing to gripe about meaningless statistics and spitting to anyone who would listen, I decided to try and figure out why people do these things. One of my nephews once told me he prefers playing football to baseball because, in baseball, if he had a bad at-bat, he was left to brood about it for a couple more innings till he could get up and try again. There are long lulls with no action. In football, if he made a mistake, he could get right back out on the field quickly and try to make up for it.

Building on this, I began to notice the long pauses in a baseball game in which nothing is happening for anyone except the pitcher, catcher and batter, and the only things going on with them are going on in their minds, which we can’t see. I suppose I hadn’t thought about this back when the only baseball games I watched were my nephew’s games. I would be sitting with his mother and we would chat during these lulls.

Lately, however, watching on my own at home, the lulls made a much bigger impact. I even tried fast forwarding between pitches until I started a repetitive movement injury in my thumb. Putting myself in the shoes of the sportscasters, I could see that they had to find something to talk about during those lulls, hence the creative statistics crafting.

I tried putting myself in the shoes of the players and thought that these long pauses left base runners and defensive players with the need to pay some attention to what’s going on, but little action to take, in the vast majority of the time they spend on the field. As my nephew had said, baseball is a very mental game.

I developed a hypothesis: Long ago, players dealt with their nervous energy by chewing tobacco. It gave them something physical to do until a batter connected with the ball or a runner tried to steal their base. Then, they had to spit out the tobacco juice. But nowadays, most of them prefer to chew gum. Why don’t they just swallow the delicious sweet juice? I suggest that a second interest enters in at this point in baseball history: little boys grow up seeing their baseball idols chewing and spitting. Like most children, they imitate the adults they admire. They want to emulate those players.

I ran this hypothesis by my nephew and he agreed that, when he was in Little League, he’s started spitting because that’s what he saw the professional players do on TV. He even agreed that he, too, finds it disgusting to see close ups of globs of mucus popping out of players’ mouths. (Of course, he can criticize now that he’s in college and plays only football.)

Rather, the purpose of this exercise, for me, was simply that—exercise. Communication and consensus building skills are like baseball skills. You need to exercise them to stay at the top of your game. Having gone through this mental exercise with respect to baseball, I helped myself stay in shape for those occasions when I wish to uncover the interests of someone I am actually dealing with.

You, too, will find yourself better able to build consensus if you begin to ask yourself why people do things that you find annoying or strange. Then, try to answer your own question. Hypothesize how the behavior in question might benefit the person. Do this in no-pressure situations where you have no intention of actually negotiating. Exercise this mental muscle, and it will serve you better when you do wish to persuade someone.

P.S. I still haven’t come up with an acceptable hypothesis for the bobbing tooth guards, but if any of you readers have one, I’d be happy to see it in a comment to this blog article.

The course was very interesting and learning the skill set in the classroom to apply in real life situations is invaluable.  It’s definitely about … END_OF_DOCUMENT_TOKEN_TO_BE_REPLACED

It Strikes a Chord: I’ve spent a lifetime reading stories, and I’m not easy to please. This little pocketful kept me pleasurably engaged all the way t… END_OF_DOCUMENT_TOKEN_TO_BE_REPLACED

Thank you. It was a pleasure attending your class. It taught me to ask “Why?” when I am trying to resolve an issue. I learned a lot and am happy I had… END_OF_DOCUMENT_TOKEN_TO_BE_REPLACED

As a ghostwriter, I negotiate contracts often, and for “invisible” goods. …Margaret has taught me how to appeal to a prospect’s often hidden needs a… END_OF_DOCUMENT_TOKEN_TO_BE_REPLACED

My life has gone much more smoothly since taking your class.  Be it a discussion with…or a coworker, there is less stress and more preferable resul… END_OF_DOCUMENT_TOKEN_TO_BE_REPLACED

It [Bridges to Consensus] lends itself specifically to church issues, while making itself significantly useful for understanding communications in any… END_OF_DOCUMENT_TOKEN_TO_BE_REPLACED

I believe Bridges to Consensus applies to every facet of our lives… It doesn’t knock you over like a fire hose. It enters your spirit quietly and ge… END_OF_DOCUMENT_TOKEN_TO_BE_REPLACED

A Go-To Reference & Entertaining Read in One Book: Delightful fiction, indeed! Each of the stories is a standalone pleasure. I especially enjoyed the … END_OF_DOCUMENT_TOKEN_TO_BE_REPLACED

Margaret Anderson was instrumental in helping me hone my skills so that I could sort out, get clear, select, and land a “practically perfect” new busi… END_OF_DOCUMENT_TOKEN_TO_BE_REPLACED

While reading “Bridges to Consensus”, I volunteered to organize a project with my quilt bee, 15 professional, talented, and strongly-opinionated w… END_OF_DOCUMENT_TOKEN_TO_BE_REPLACED

Although the book [Bridges to Consensus] is written with clergy in mind, I was instantly engrossed in the material and could see my way to using her s… END_OF_DOCUMENT_TOKEN_TO_BE_REPLACED

Margaret Anderson’s presentation takes the wisdom of Ben Franklin’s stated virtue: “Speak not but what may benefit others or yourself” into the realm … END_OF_DOCUMENT_TOKEN_TO_BE_REPLACED

It has been said that one of the best ways to teach is through story. In Love on the Rocks with a Twist, Margaret Anderson teaches the fine art of con… END_OF_DOCUMENT_TOKEN_TO_BE_REPLACED

So much of our daily communication consists of argument, I’m delighted to learn new methods that remove the argument and place both parties on the roa… END_OF_DOCUMENT_TOKEN_TO_BE_REPLACED

Working with Margaret helped me understand that conflict does not automatically have to mean confrontation. Now I know how to seek solutions that bene… END_OF_DOCUMENT_TOKEN_TO_BE_REPLACED

As a ghostwriter, I negotiate contracts often, and for “invisible” goods. …Margaret has taught me how to appeal to a prospect’s often hidden needs a… END_OF_DOCUMENT_TOKEN_TO_BE_REPLACED