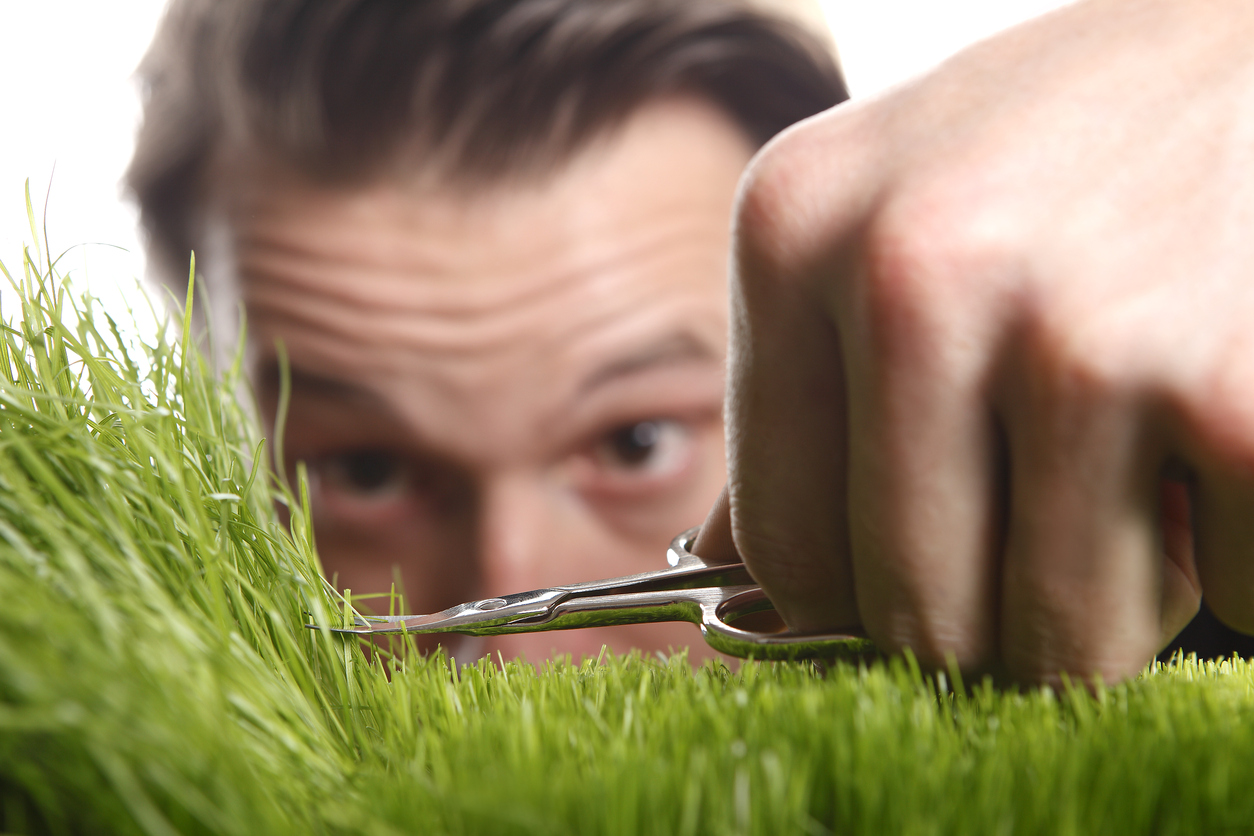 “If only,” one of the most self-defeating phrases in any language. It often occurs in the company of its cousins, “could have,” “would have” and “should have.”

A person may experience the “if onlys” after completing a negotiation or other consensus-seeking interaction. Later he thinks of an additional provision he could have gotten if only he had thought about it at the time. Or he might come up with a better way he could have phrased something, thereby leaving the other party with a better attitude toward him for the future.

Well, guess what? After any human interaction, we can always think of a way we could have communicated even better. Making perfection your litmus test only sets you up for frustration. Instead, use a more realistic standard of comparison: what would have happened if I had not used my persuasion, consensus building and communication skills?

Let’s say my client Minnie asks a coworker, Mickey, if he’ll cover for her while she takes extra personal time at lunch.

Mickey replies, “No. People are always dumping on me, and I’m sick and tired of it.”

The first words that pop into Minnie’s mind are, “Are you kidding? It took an hour and a half out of my day when I picked you up from the car repair, drove you to work, then, dropped you back at the garage.”

Before blurting those words, Minnie remembers her skills. She pauses to think. Mickey made her wrong by implying that she dumps on him, when, in fact, she recently did him a similar favor to what she just asked from him. Her natural, instinctive, perfectly understandable, but counterproductive, knee-jerk reaction is to turn around and make Mickey even more wrong than he made her. But she has learned that that will only escalate the disagreement.

So, instead, she pulls up another learned skill, an open question, “How would you compare my driving you to and from work last week to your covering my extra lunch time?”

Later that evening, Minnie feels dissatisfied because Mickey only agreed to her request grudgingly. If only she had first asked him about his own concerns. She could have said, “How have people been dumping on you lately?” She could have agreed that she wouldn’t like to be dumped on that way either, thereby validating Mickey’s feelings. Then, he would have mellowed before she brought up the favor she did for him. He would not have begrudged her the favor. His attitude toward her would have improved, thus, helping to develop a cooperative future relationship.

If Minnie phoned me as her coach to discuss this, I would have said that any introspective person can always think of a way they could improve on a persuasive or consensus-seeking conversation. She did well to consider exactly what she could have said to make that conversation even better, so that she learns from the experience.

But considering what you can learn from an experience is different from assessing the effects of your skill usage in that experience. Minnie’s skill use was productive by a more appropriate test: What would she have said to Mickey if she had not paused to think of a question to de-escalate the wrong making?

Without using her skills, Minnie would have blurted, “Are you kidding? It took an hour and a half out of my day when I picked you up from the car repair, drove you to work, then, dropped you back at the garage.”

Then, what would be Mickey’s attitude toward her? I wouldn’t have to tell Minnie, and I don’t have to tell you readers, that his attitude would have worsened. He would be far from cooperative, on the occasion in question as well as in the future.

So the next time you get a case of the “if onlys,” be as positive with yourself as you know I would be if you phoned me to debrief a conversation. Ask yourself, “What would have happened if I had not used my skills?” If your answer is, “Things would have gone from imperfect to disastrous,” give yourself a pat on the back and keep practicing those skills!

The course was very interesting and learning the skill set in the classroom to apply in real life situations is invaluable.  It’s definitely about … END_OF_DOCUMENT_TOKEN_TO_BE_REPLACED

While reading “Bridges to Consensus”, I volunteered to organize a project with my quilt bee, 15 professional, talented, and strongly-opinionated w… END_OF_DOCUMENT_TOKEN_TO_BE_REPLACED

It [Bridges to Consensus] lends itself specifically to church issues, while making itself significantly useful for understanding communications in any… END_OF_DOCUMENT_TOKEN_TO_BE_REPLACED

It has been said that one of the best ways to teach is through story. In Love on the Rocks with a Twist, Margaret Anderson teaches the fine art of con… END_OF_DOCUMENT_TOKEN_TO_BE_REPLACED

A Go-To Reference & Entertaining Read in One Book: Delightful fiction, indeed! Each of the stories is a standalone pleasure. I especially enjoyed the … END_OF_DOCUMENT_TOKEN_TO_BE_REPLACED

My life has gone much more smoothly since taking your class.  Be it a discussion with…or a coworker, there is less stress and more preferable resul… END_OF_DOCUMENT_TOKEN_TO_BE_REPLACED

As a ghostwriter, I negotiate contracts often, and for “invisible” goods. …Margaret has taught me how to appeal to a prospect’s often hidden needs a… END_OF_DOCUMENT_TOKEN_TO_BE_REPLACED

I believe Bridges to Consensus applies to every facet of our lives… It doesn’t knock you over like a fire hose. It enters your spirit quietly and ge… END_OF_DOCUMENT_TOKEN_TO_BE_REPLACED

It Strikes a Chord: I’ve spent a lifetime reading stories, and I’m not easy to please. This little pocketful kept me pleasurably engaged all the way t… END_OF_DOCUMENT_TOKEN_TO_BE_REPLACED

So much of our daily communication consists of argument, I’m delighted to learn new methods that remove the argument and place both parties on the roa… END_OF_DOCUMENT_TOKEN_TO_BE_REPLACED

Thank you. It was a pleasure attending your class. It taught me to ask “Why?” when I am trying to resolve an issue. I learned a lot and am happy I had… END_OF_DOCUMENT_TOKEN_TO_BE_REPLACED

As a ghostwriter, I negotiate contracts often, and for “invisible” goods. …Margaret has taught me how to appeal to a prospect’s often hidden needs a… END_OF_DOCUMENT_TOKEN_TO_BE_REPLACED

Working with Margaret helped me understand that conflict does not automatically have to mean confrontation. Now I know how to seek solutions that bene… END_OF_DOCUMENT_TOKEN_TO_BE_REPLACED

Margaret Anderson’s presentation takes the wisdom of Ben Franklin’s stated virtue: “Speak not but what may benefit others or yourself” into the realm … END_OF_DOCUMENT_TOKEN_TO_BE_REPLACED

Although the book [Bridges to Consensus] is written with clergy in mind, I was instantly engrossed in the material and could see my way to using her s… END_OF_DOCUMENT_TOKEN_TO_BE_REPLACED

Margaret Anderson was instrumental in helping me hone my skills so that I could sort out, get clear, select, and land a “practically perfect” new busi… END_OF_DOCUMENT_TOKEN_TO_BE_REPLACED