Up with Positive Peptides 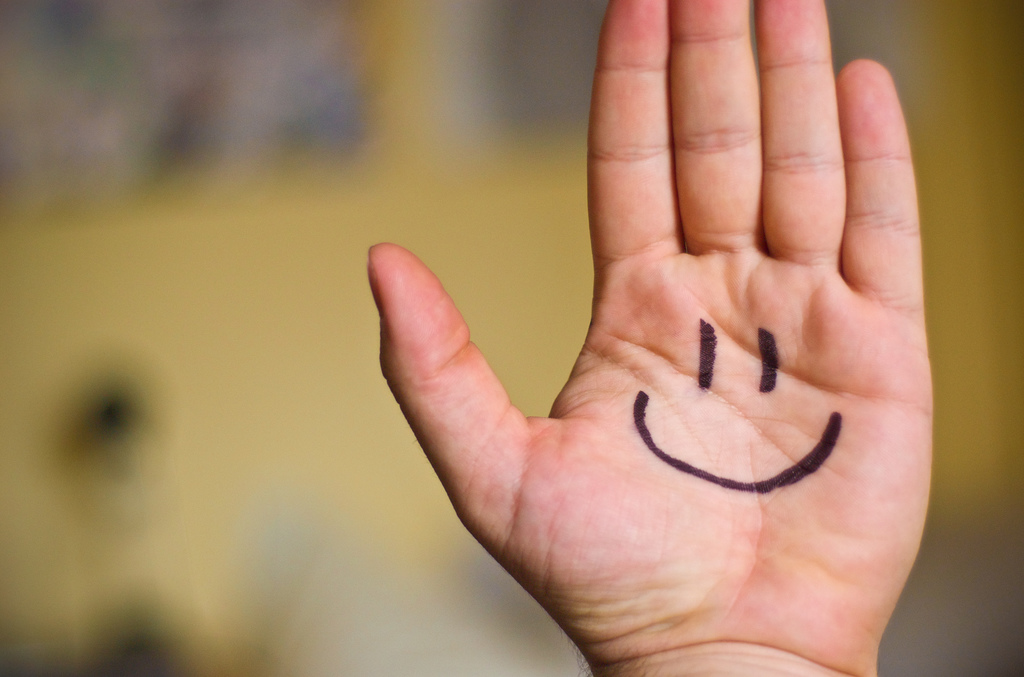 Martha Beck’s column “Don’t Ask” in the February issue of The Oprah Magazine posed a series of questions women should not ask themselves. (And I’d say men shouldn’t ask them either.) One of her no-no questions is “How do I get back at my enemies?” As Beck points out, ruminating about the bad guys, what they did to you, and what you’d like to do to them is “like locking yourself in a cell with those very people, except that you’re the only one who suffers.”

I take a similar message from the writings of Lewis B. Smedes. Hate (wanting bad things to happen to someone) only hurts the hater. He promotes forgiveness, not for the sake of the person who wronged you, but to free yourself from this self-damaging emotion. Forgiveness doesn’t mean letting the person who hurt you back into your life; it doesn’t mean you say that what that person did is okay; it doesn’t mean you forget what he did. Forgiveness simply means letting go of the hate, the desire for revenge, the wish for bad things to happen to him.

Smedes also teaches that revenge never works. What I may think makes a fair payback for what someone did to me inevitably strikes that person as much worse than what he did. This drives him to revenge himself on me in a way that he feels is equivalent to what I just did to him. But I see his revenge as excessive. The whole thing spirals out of control.

Larry’s neighbor’s teenage son, Moe, drives his car across Larry’s front lawn digging ruts. Larry creates a slow leak in one of Moe’s tires, and the tire goes flat late at night in a dodgy neighborhood. Moe cuts Larry’s brake line, and Larry drives off a pier into the water, but manages to escape. Larry sets Moe’s house on fire. What next?

The movie What the Bleep Do we Know? describes one biological processes by which excess negative emotions, such as hate, harm the hater’s physical health. The human body produces many different types of chemicals (peptides) that carry different messages to the cells. For example, the chemicals produced when we are frightened send messages to our cells that prepare us to take appropriate action.

Our cells, in turn, have different kinds of peptide receptors, each of which allows a particular type of peptide to hook up with it. If we are often flooded with the peptides associated with fear, anger or hate, our bodies sense that we need more of the type of receptor that can hook up with those particular peptides. So, when older cells are replaced, the new cells have more receptors for the hate peptides, and thus, fewer receptors for other kinds of peptides, such as those that promote our health. The film even associates this process with the effects of aging. Producing cells with more hate peptide receptors means fewer receptors for the proteins that, for example, help our skin retain elasticity.

Most of you know of from my previous teachings and writings, that making other people wrong, in other words, contradicting them, criticizing them, etc. triggers a hardwired impulse for them to turn around and make us even more wrong then we made them. The accusations and counteraccusations escalate just like vengeful actions.

Gratuitous wrong making is the verbal equivalent of taking revenge. What do I mean by “gratuitous” wrong making? Well, ideally, I prefer to avoid any kind of wrong making, if possible, because other ways of speaking are actually more persuasive. For example, I might try to lead someone to my own point of view by asking him open questions in a calm, non-accusatory tone. If he says he thinks that hosting olympic games would boost the Houston economy, I might ask, “What do you think about the experience of Atlanta and other past host cities?”

But sometimes, there’s no way around coming right out and directly disagreeing with the other person. If I say, “I’ve read that many olympic host cities have only created huge debts,” that’s wrong making, but not gratuitous. The statement doesn’t go beyond my basic viewpoint. It doesn’t make the other person more wrong than necessary. But if I precede my statement with, “You’re wrong,” that’s gratuitous, more personal than necessary.

If I say, “No doubt you also believe the Easter Bunny’s going to bring you a basket of candy in a couple weeks.” that’s gratuitous. It goes beyond disagreement, insulting his intelligence. If my statement seems humorous to me, but the humor is at the other person’s expense, that’s gratuitous. It may feel good for a moment, but it hurts me in the long run by creating one more burst of nasty, vengeful peptides.

Yoda said, “Fear leads to anger. Anger leads to hate. Hate leads to suffering.” We can’t always control the fear and anger we’re exposed to, but we can control the hate, the vengefulness. It takes effort (I speak from experience), but our health is worth that effort.

How do we do it? First, make every effort to remove yourself from situations that create fear. I’m not saying that, if the TV is interrupted by the emergency broadcast system, you simply turn off the set. But if you’re in an abusive or otherwise negative situation at home or work, if the negativity is beyond your control, try to get out of situation. Until you can, take every opportunity to flood yourself with positive emotion peptides and healthy peptides so that your body senses that it needs a balance of difference kinds of peptide receptors. Laughing regularly is especially helpful.

Say you eventually get out of the negative situation. How to stop angry, vengeful thinking? Martha Beck advises replacing thoughts about the people who mistreated you with thoughts of people who make your life better. They don’t even have to be people you know. They can be the farmers who grow our food, the carriers who deliver our mail, or the people who repair our potholes.

Lewis Smedes recommends blessing the person you currently hate. It might feel insincere at first, but try to mentally repeat your blessing until you can honestly wish that person well.

And when you are hurt by gratuitous wrong making, I advise pushing your pause button. Calm down, then, use the tools and skills I’ve written about in my books and other blog articles to figure out what interests are really the most important to you. I would suggest that you include creating receptors for healthy peptides among those interests.

Then, consider what kind of response to the person, if any, will best achieve those interests. Reversing the above example, suppose I said I thought hosting olympic games would boost the Houston economy, my acquaintance said I must also believe in the Easter Bunny, and I feel hurt and angry.

If the person is only a casual acquaintance, but it is highly important to me to persuade people to vote in favor of hosting the games, I might decide to ignore the wrong making and ask him if he would be willing to read an article about differences between Houston and past host cities.

If the person is my boss and, at least for the time being, I need to get along with him, I might decide to hear him out politely, then change the subject and take a break from him as soon as I can do so gracefully.

Suppose the person is a friend who has insulted me before. I would like to maintain the friendship but discourage future insults. I might decide to say something like, “I don’t believe in the Easter Bunny, and when I heard those words, I felt hurt.”

The important thing is that I not say, “O yeah? I guess you believe aliens abducted you and made you king of the solar system.” That would be gratuitous, escalating wrong making. If I can–and it would be hard—I would avoid that, not for his sake, but for my own.

The course was very interesting and learning the skill set in the classroom to apply in real life situations is invaluable.  It’s definitely about … END_OF_DOCUMENT_TOKEN_TO_BE_REPLACED

It Strikes a Chord: I’ve spent a lifetime reading stories, and I’m not easy to please. This little pocketful kept me pleasurably engaged all the way t… END_OF_DOCUMENT_TOKEN_TO_BE_REPLACED

Thank you. It was a pleasure attending your class. It taught me to ask “Why?” when I am trying to resolve an issue. I learned a lot and am happy I had… END_OF_DOCUMENT_TOKEN_TO_BE_REPLACED

As a ghostwriter, I negotiate contracts often, and for “invisible” goods. …Margaret has taught me how to appeal to a prospect’s often hidden needs a… END_OF_DOCUMENT_TOKEN_TO_BE_REPLACED

My life has gone much more smoothly since taking your class.  Be it a discussion with…or a coworker, there is less stress and more preferable resul… END_OF_DOCUMENT_TOKEN_TO_BE_REPLACED

It [Bridges to Consensus] lends itself specifically to church issues, while making itself significantly useful for understanding communications in any… END_OF_DOCUMENT_TOKEN_TO_BE_REPLACED

I believe Bridges to Consensus applies to every facet of our lives… It doesn’t knock you over like a fire hose. It enters your spirit quietly and ge… END_OF_DOCUMENT_TOKEN_TO_BE_REPLACED

A Go-To Reference & Entertaining Read in One Book: Delightful fiction, indeed! Each of the stories is a standalone pleasure. I especially enjoyed the … END_OF_DOCUMENT_TOKEN_TO_BE_REPLACED

Margaret Anderson was instrumental in helping me hone my skills so that I could sort out, get clear, select, and land a “practically perfect” new busi… END_OF_DOCUMENT_TOKEN_TO_BE_REPLACED

While reading “Bridges to Consensus”, I volunteered to organize a project with my quilt bee, 15 professional, talented, and strongly-opinionated w… END_OF_DOCUMENT_TOKEN_TO_BE_REPLACED

Although the book [Bridges to Consensus] is written with clergy in mind, I was instantly engrossed in the material and could see my way to using her s… END_OF_DOCUMENT_TOKEN_TO_BE_REPLACED

Margaret Anderson’s presentation takes the wisdom of Ben Franklin’s stated virtue: “Speak not but what may benefit others or yourself” into the realm … END_OF_DOCUMENT_TOKEN_TO_BE_REPLACED

It has been said that one of the best ways to teach is through story. In Love on the Rocks with a Twist, Margaret Anderson teaches the fine art of con… END_OF_DOCUMENT_TOKEN_TO_BE_REPLACED

So much of our daily communication consists of argument, I’m delighted to learn new methods that remove the argument and place both parties on the roa… END_OF_DOCUMENT_TOKEN_TO_BE_REPLACED

Working with Margaret helped me understand that conflict does not automatically have to mean confrontation. Now I know how to seek solutions that bene… END_OF_DOCUMENT_TOKEN_TO_BE_REPLACED

As a ghostwriter, I negotiate contracts often, and for “invisible” goods. …Margaret has taught me how to appeal to a prospect’s often hidden needs a… END_OF_DOCUMENT_TOKEN_TO_BE_REPLACED