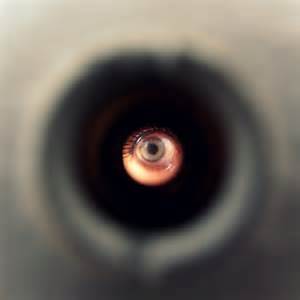 In July of 2012, I posted an article about “Data Mining” in my DADA (Defense against the Dark Arts of Persuasion) blog series. If you haven’t read it lately, I encourage you to do so now. Here’s the link: https://www.persuasioncoach.com/2012/07/defense-against-the-dark-arts-of-persuasion-data-mining/

It appears that data miners never rest, so it’s high time for some updates.

In the original article, I wrote the following concerning canned Facebook items that encourage you to like or share them, or worse, try to guilt trip you into liking or sharing: “In Facebook posts, the request to share and/or like will usually appear in the body of the shared material, rather than in the comments of your own FB friend who posted that image. Sometimes the image will also urge you to ‘like’ the post.”

However, just today I saw the following on Facebook, appearing as if the person who posted it had typed it in himself: “…I’m going to be watching to see who takes care of the friendship, just like me…” There’s the guilt trip, words I know my friend would never have composed.

Then, at the end of the post, I see the following, “So leave ONE WORD on how we met. DON’T SHARE. Once you respond, I will inbox you this copy, then paste on your wall so I can leave one word for you.”

The complex procedure described at the end—to post a one-word comment then check your inbox, copy what’s there and paste it on your “wall”—smells to me like a way of making it look to the casual observer that you personally typed the post, thus foiling those of us who have learned never to like or share a Facebook post that attempts to guilt trip us into liking or sharing it.

So I amend my former advice. If the post contains a guilt trip, don’t follow the instructions to like, share or anything else that involves passing the material along, no matter whether the post looks canned or hand typed. Take the same precautions if it seems unlikely that your friend composed the wording, whether guilt trip, heart tugger, or whatever.

The report “Your Money—Scam Alert,” in the January-February 2015 AARP Bulletin, lists other vehicles for data mining, vehicles I had not considered before:

Elsewhere, I have read that games and quizzes such, as those featured on the BuzzFeed site, and often shared on Facebook, are likewise vehicles for data mining. For example, if you take a quiz claiming to determine which Dickens character you most resemble, you will be asked about your likes and dislikes. Then, your answers can be used to target you with advertisements.

I’m not saying you should never participate in a survey, enter a contest, or play a game. But if you decide to do so, do it mindfully. Pay attention to the information requested, and if you come to a blank to be filled in or a question to be answered that calls for information you wish to keep to yourself, don’t continue.

There’s a bonus in this advice. When you take a mindful approach to, say, a survey, you develop your general mindfulness, one of your best assets in seeking consensus with others or making your own personal decisions.