Getting Across to “the Other Side” 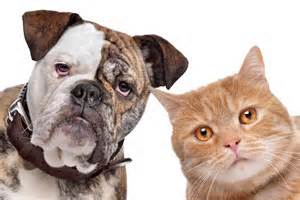 A few days ago, I read about a little boy who got a pet dog when he was one year old. The boy is now ten. The dog recently died, and as anyone might imagine, the little boy suffered greatly from the loss of his best friend. The boy and his father are both Green Bay Packers fans, so when someone offered the dad tickets to the NFC playoff game between the Packers and the Seattle Seahawks, the man gratefully accepted and took his son to the game. They sat beside a family of Seahawks fans, and during the course of the game, the boy talked with a twelve-year-old girl in that family.

In case you don’t follow the NFL, Seattle won the game. When the man and little boy rose to leave, the man noticed the little girl crying. He asked her father why and learned that she was crying for his son. She had hoped Green Bay would win because she felt that her new friend needed that win more than she did.

The man didn’t mention this to his son. However, after they got home, the boy told his father he was glad Seattle won the game because he wanted the girl sitting next to him to have something to make her feel better. She had told him her cat was killed in a dog attack the day before.[1]

Having written this much, I’m now sitting on the fence. It almost seems that adding my own comments and conclusions would ruin the effect of this true story. If you think so, no need to read any more.

For those of you who would like to read on, this story exemplifies something that goes far beyond competitive sports and the sometimes overly competitive attitudes of sports fans.

Sometimes it takes a lot of courage to get acquainted with someone “on the other side” of something. Whether that person roots for a different team, practices a faith we don’t approve of, supports political policies that frighten us, or holds very different ideas about how the company where we both work should be managed, it’s easy to avoid conversation in the interest of avoiding an upsetting argument. We’re so unlikely to agree about the subject matter that erects a fence between us that we don’t see any point in putting ourselves through such unpleasantness.

But when we do reach out to someone whom we know, or think we know, disagrees with us, when we set the controversial topic aside and get to know the person, get to know what’s happening in their life, get to know more about them than that one thing on which we disagree, we will often be surprised at the unlikely things we have in common. And when we have something in common, we have something to build on.

What were the chances that two children who just happened to sit beside each other at a football game were each grieving the recent loss of a pet? Yet, it happened. Each of them felt so much compassion for the other that each wished their team’s opponent would win so a new friend could be made happy. I pray that they retain that compassion as they grow up and enter what some people refer to as “the real world.”

I once had a client who found himself in an extremely ticklish situation with one of his employees. Thinking about the issue between them, all we could envision were lose-lose conclusions to the story. We struggled to choose the lesser evil among several unattractive alternatives.

But then, my client and his employee happened to learn that they both enjoyed flying model airplanes. They started going out together to practice their common hobby. And guess what? The big blowup we had both anticipated never happened. Rather, they reached a sort of detente, not ideal, but something they could both live with.

A minister of my acquaintance used to have a bumper sticker that read something like, “The most radical thing we can do is introduce people to one another.” (Maybe those weren’t the exact words, but that was the message.) After reading and reflecting on the story of the children at the football game, I better appreciate what that sticker meant.

Have you ever found something in common with an individual “on the other side”? If so, I’d love to hear your story.

The course was very interesting and learning the skill set in the classroom to apply in real life situations is invaluable.  It’s definitely about … END_OF_DOCUMENT_TOKEN_TO_BE_REPLACED

It Strikes a Chord: I’ve spent a lifetime reading stories, and I’m not easy to please. This little pocketful kept me pleasurably engaged all the way t… END_OF_DOCUMENT_TOKEN_TO_BE_REPLACED

Thank you. It was a pleasure attending your class. It taught me to ask “Why?” when I am trying to resolve an issue. I learned a lot and am happy I had… END_OF_DOCUMENT_TOKEN_TO_BE_REPLACED

As a ghostwriter, I negotiate contracts often, and for “invisible” goods. …Margaret has taught me how to appeal to a prospect’s often hidden needs a… END_OF_DOCUMENT_TOKEN_TO_BE_REPLACED

My life has gone much more smoothly since taking your class.  Be it a discussion with…or a coworker, there is less stress and more preferable resul… END_OF_DOCUMENT_TOKEN_TO_BE_REPLACED

It [Bridges to Consensus] lends itself specifically to church issues, while making itself significantly useful for understanding communications in any… END_OF_DOCUMENT_TOKEN_TO_BE_REPLACED

I believe Bridges to Consensus applies to every facet of our lives… It doesn’t knock you over like a fire hose. It enters your spirit quietly and ge… END_OF_DOCUMENT_TOKEN_TO_BE_REPLACED

A Go-To Reference & Entertaining Read in One Book: Delightful fiction, indeed! Each of the stories is a standalone pleasure. I especially enjoyed the … END_OF_DOCUMENT_TOKEN_TO_BE_REPLACED

Margaret Anderson was instrumental in helping me hone my skills so that I could sort out, get clear, select, and land a “practically perfect” new busi… END_OF_DOCUMENT_TOKEN_TO_BE_REPLACED

While reading “Bridges to Consensus”, I volunteered to organize a project with my quilt bee, 15 professional, talented, and strongly-opinionated w… END_OF_DOCUMENT_TOKEN_TO_BE_REPLACED

Although the book [Bridges to Consensus] is written with clergy in mind, I was instantly engrossed in the material and could see my way to using her s… END_OF_DOCUMENT_TOKEN_TO_BE_REPLACED

Margaret Anderson’s presentation takes the wisdom of Ben Franklin’s stated virtue: “Speak not but what may benefit others or yourself” into the realm … END_OF_DOCUMENT_TOKEN_TO_BE_REPLACED

It has been said that one of the best ways to teach is through story. In Love on the Rocks with a Twist, Margaret Anderson teaches the fine art of con… END_OF_DOCUMENT_TOKEN_TO_BE_REPLACED

So much of our daily communication consists of argument, I’m delighted to learn new methods that remove the argument and place both parties on the roa… END_OF_DOCUMENT_TOKEN_TO_BE_REPLACED

Working with Margaret helped me understand that conflict does not automatically have to mean confrontation. Now I know how to seek solutions that bene… END_OF_DOCUMENT_TOKEN_TO_BE_REPLACED

As a ghostwriter, I negotiate contracts often, and for “invisible” goods. …Margaret has taught me how to appeal to a prospect’s often hidden needs a… END_OF_DOCUMENT_TOKEN_TO_BE_REPLACED