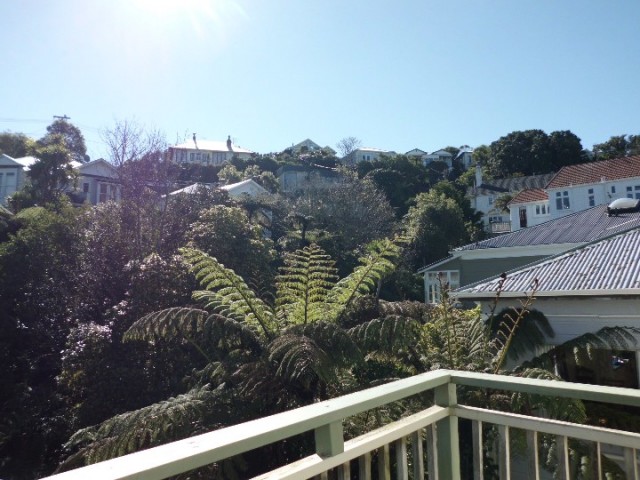 In a New York Times article titled “A Serving of Gratitude May Save the Day,” John Tierney wrote:

Thanksgiving may be the holiday from hell for nutritionists, and it produces plenty of war stories for psychiatrists dealing with drunken family meltdowns. But it has recently become the favorite feast of psychologists studying the consequences of giving thanks. Cultivating an “attitude of gratitude” has been linked to better health, sounder sleep, less anxiety and depression, higher long-term satisfaction with life and kinder behavior toward others, including romantic partners. A new study shows that feeling grateful makes people less likely to turn aggressive when provoked, which helps explain why so many brothers-in-law survive Thanksgiving without serious injury.

In reading and watching Jane Austen’s stories, I’ve noted how people living in the country in Regency England were forced to socialize with people they disliked. There simply weren’t all that many people living within a short drive or walk. So you could either hibernate at home and be labeled a “misanthrope” or tolerate people you’d rather avoid.

In Pride and Prejudice, Lizzie visits her friends in Kent while Darcy is visiting their neighbor. When he proposes to Lizzie, she not only rejects him, but they have a nasty quarrel. Just think how awkward it must have been for them to be thrown together by the demands of decorum after that disastrous proposal. Or imagine you were Elinor Dashwood, dancing at a ball. Your partner hands you off to, of all people, John Willoughby, the man who had jilted your beloved sister Marianne.

For many of us, it’s pretty easy nowadays to enjoy a rich social life while avoiding those who tempt us to inflict those serious injuries referred to by Mr. Tierney, except during the holiday season. It doesn’t end with Thanksgiving. Know-it-all uncles, foulmouthed in-laws, spoiled bratty children, and even spoiled bratty adults, show up at many other holiday gatherings.

We manage to resist the temptation to throw a pumpkin pie at these aggravating people, though often at the expense of our own enjoyment. No matter how much you tell yourself not to look at Uncle Nimrod picking his teeth, an invisible magnet seems to draw your eye toward him. That’s the way the brain works. Tell yourself, “Don’t think of a hamburger.” What did you think of? A burger, right?

But we can tame our aggravation, and thus, increase the fun we have on these occasions, by a technique called “going to the balcony.”[1] Whether it’s Aunt Mabel’s donkey-like laugh or little Ogden’s tantrums that set your teeth on edge, the trick is to imagine yourself in a balcony looking down at the offending relative. Or you can imagine you’re peering at the person through a window, a telescope, or even better, a microscope. Any image that helps you shift into a studious frame of mind, in which you identify or analyze the person’s behavior, will help.

Does Mabel’s laugh come naturally, or could it be a learned behavior? “I wonder what that laugh sounds like in her own ears?” Does it hurt little Ogden’s feet when he kicks them against the floor? This shift into an intellectual exercise cuts off your knee jerk reaction.

Once you’ve made that intellectual shift you’ll find it much easier to turn your attention elsewhere. Tune in to that story your cousin Phoebe is telling, or tell Phoebe a story of your own. Anything that absorbs your attention will do.

You can use the same technique on other occasions, such as a staff meeting at work. In fact, it’s a good idea to practice at work starting now. Then, you’ll be a balcony expert by the time you attend those holiday parties.

And, oh, by the way, going to the balcony is just the ticket to keeping your cool and staying focused on problem solving when aggravations threaten to derail a consensus-seeking conversation.

[1] Getting Past No, William Ury

The course was very interesting and learning the skill set in the classroom to apply in real life situations is invaluable.  It’s definitely about … END_OF_DOCUMENT_TOKEN_TO_BE_REPLACED

It Strikes a Chord: I’ve spent a lifetime reading stories, and I’m not easy to please. This little pocketful kept me pleasurably engaged all the way t… END_OF_DOCUMENT_TOKEN_TO_BE_REPLACED

Thank you. It was a pleasure attending your class. It taught me to ask “Why?” when I am trying to resolve an issue. I learned a lot and am happy I had… END_OF_DOCUMENT_TOKEN_TO_BE_REPLACED

As a ghostwriter, I negotiate contracts often, and for “invisible” goods. …Margaret has taught me how to appeal to a prospect’s often hidden needs a… END_OF_DOCUMENT_TOKEN_TO_BE_REPLACED

My life has gone much more smoothly since taking your class.  Be it a discussion with…or a coworker, there is less stress and more preferable resul… END_OF_DOCUMENT_TOKEN_TO_BE_REPLACED

It [Bridges to Consensus] lends itself specifically to church issues, while making itself significantly useful for understanding communications in any… END_OF_DOCUMENT_TOKEN_TO_BE_REPLACED

I believe Bridges to Consensus applies to every facet of our lives… It doesn’t knock you over like a fire hose. It enters your spirit quietly and ge… END_OF_DOCUMENT_TOKEN_TO_BE_REPLACED

A Go-To Reference & Entertaining Read in One Book: Delightful fiction, indeed! Each of the stories is a standalone pleasure. I especially enjoyed the … END_OF_DOCUMENT_TOKEN_TO_BE_REPLACED

Margaret Anderson was instrumental in helping me hone my skills so that I could sort out, get clear, select, and land a “practically perfect” new busi… END_OF_DOCUMENT_TOKEN_TO_BE_REPLACED

While reading “Bridges to Consensus”, I volunteered to organize a project with my quilt bee, 15 professional, talented, and strongly-opinionated w… END_OF_DOCUMENT_TOKEN_TO_BE_REPLACED

Although the book [Bridges to Consensus] is written with clergy in mind, I was instantly engrossed in the material and could see my way to using her s… END_OF_DOCUMENT_TOKEN_TO_BE_REPLACED

Margaret Anderson’s presentation takes the wisdom of Ben Franklin’s stated virtue: “Speak not but what may benefit others or yourself” into the realm … END_OF_DOCUMENT_TOKEN_TO_BE_REPLACED

It has been said that one of the best ways to teach is through story. In Love on the Rocks with a Twist, Margaret Anderson teaches the fine art of con… END_OF_DOCUMENT_TOKEN_TO_BE_REPLACED

So much of our daily communication consists of argument, I’m delighted to learn new methods that remove the argument and place both parties on the roa… END_OF_DOCUMENT_TOKEN_TO_BE_REPLACED

Working with Margaret helped me understand that conflict does not automatically have to mean confrontation. Now I know how to seek solutions that bene… END_OF_DOCUMENT_TOKEN_TO_BE_REPLACED

As a ghostwriter, I negotiate contracts often, and for “invisible” goods. …Margaret has taught me how to appeal to a prospect’s often hidden needs a… END_OF_DOCUMENT_TOKEN_TO_BE_REPLACED