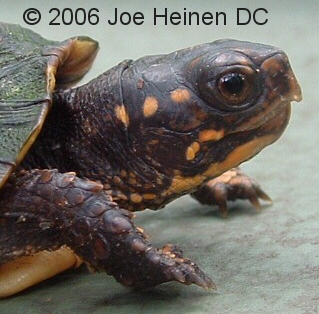 I like TV detective shows. I like them so much that I am willing to ignore the many unrealistic details. CSI and its offshoots feature technology many big city police departments can only dream about. Even on the low-tech level, TV detectives find usable fingerprints much more often than (I’m told) in real life. Almost every pair of partners includes one woman and one man, both of whom are so good-looking the viewer wonders, not whether they will fall in love, but when and with whom.

But when it comes to sound persuasion skills, sometimes a police detective is right on the money. I experienced the pleasure of seeing this recently in watching a rerun episode of Law and Order SVU. Detectives Benson and Stabler suspected a uniform officer from another precinct of the crime, and detained him for questioning. You all know what happened next. The accused man became offended and outraged.

Later, the evidence showed Benson and Stapler that the officer could not have committed the crime, but they thought he had information that would lead them to the true culprit.

The detectives apologized to the officer and asked for his help. Detective Olivia Bentsen made some particularly persuasive points, and delivered them in just the right way–neither so nicey-nicey as to seem phony nor so flat as to seem unfeeling. Still, the previously accused officer refused to help. When he stood to walk out of the room, Detective Benson did not try to stop him. After a while (I don’t know if it was a matter of hours or a day), the officer returned and offered to help.

While Benson’s words and delivery were impressive from a persuasion point of view, what really grabbed me was the fact that, after two or three persuasive statements, she did not keep pushing. She let the angry officer go his way. She gave him time to settle down and come around.

There are times when our brains get ahead of the brains of those we wish to persuade. For example, a person who has struggled for months with the decision to file for divorce has already been through a mental and emotional process their spouse is only beginning. The one who seeks the divorce tends to think it will all be over in a few months because that’s how long it would take if both parties were on board with the idea that a divorce is going to happen. A good family attorney or conference model mediator will often tell the client who files to give their spouse time to get their mind and emotions around the very idea of divorce. When they do, the results are often better than if the plaintiff had pushed for a speedy hearing.

Likewise, in all sorts of negotiations, one party may walk in with a lot of information and ideas for creative ways to settle the matter. She thinks she has found the perfect solution. When the other party does not jump on board her train immediately, she may instinctively continue to argue the merits of her proposed plan. She can’t understand how he could fail to see that her plan is a win-win. And if he declines to accept the plan and leaves, she may instinctively feel that it’s all over.

But it may be that he just needs time to catch up. His brain may have become overwhelmed with information, like an overloaded circuit. Emotions evoked during the negotiations can further hamper the brain’s ability to absorb and process information, much less to think creatively or accept a new and unfamiliar possibility.

I bet you can think about a situation in which you left a meeting feeling that the other person’s proposal was unacceptable and negotiations were over, but you later began to see possibilities for resolution. Well, that happens to other people as well. These are situations where we can reach our goals faster by slowing down the process.

There is, however, one more thing the person whose brain is ahead can do to improve the possibility that the other party will, in fact, catch up. Before he rejects her proposal and walks out of the room, she can simply say something like, “I’ve laid a lot of new information and ideas on you. I had time to think about them before I came in here. You deserve time to think about them too. Let’s touch base in one week and see where we are, okay?” Such a statement takes the pressure off the other person, foreshadows his possible contributions to a mutually acceptable deal and lets him know her door is still open. But, by naming a date on which to touch base, this statement also avoids the mistake of leaving the process in limbo.

The course was very interesting and learning the skill set in the classroom to apply in real life situations is invaluable.  It’s definitely about … END_OF_DOCUMENT_TOKEN_TO_BE_REPLACED

It Strikes a Chord: I’ve spent a lifetime reading stories, and I’m not easy to please. This little pocketful kept me pleasurably engaged all the way t… END_OF_DOCUMENT_TOKEN_TO_BE_REPLACED

Thank you. It was a pleasure attending your class. It taught me to ask “Why?” when I am trying to resolve an issue. I learned a lot and am happy I had… END_OF_DOCUMENT_TOKEN_TO_BE_REPLACED

As a ghostwriter, I negotiate contracts often, and for “invisible” goods. …Margaret has taught me how to appeal to a prospect’s often hidden needs a… END_OF_DOCUMENT_TOKEN_TO_BE_REPLACED

My life has gone much more smoothly since taking your class.  Be it a discussion with…or a coworker, there is less stress and more preferable resul… END_OF_DOCUMENT_TOKEN_TO_BE_REPLACED

It [Bridges to Consensus] lends itself specifically to church issues, while making itself significantly useful for understanding communications in any… END_OF_DOCUMENT_TOKEN_TO_BE_REPLACED

I believe Bridges to Consensus applies to every facet of our lives… It doesn’t knock you over like a fire hose. It enters your spirit quietly and ge… END_OF_DOCUMENT_TOKEN_TO_BE_REPLACED

A Go-To Reference & Entertaining Read in One Book: Delightful fiction, indeed! Each of the stories is a standalone pleasure. I especially enjoyed the … END_OF_DOCUMENT_TOKEN_TO_BE_REPLACED

Margaret Anderson was instrumental in helping me hone my skills so that I could sort out, get clear, select, and land a “practically perfect” new busi… END_OF_DOCUMENT_TOKEN_TO_BE_REPLACED

While reading “Bridges to Consensus”, I volunteered to organize a project with my quilt bee, 15 professional, talented, and strongly-opinionated w… END_OF_DOCUMENT_TOKEN_TO_BE_REPLACED

Although the book [Bridges to Consensus] is written with clergy in mind, I was instantly engrossed in the material and could see my way to using her s… END_OF_DOCUMENT_TOKEN_TO_BE_REPLACED

Margaret Anderson’s presentation takes the wisdom of Ben Franklin’s stated virtue: “Speak not but what may benefit others or yourself” into the realm … END_OF_DOCUMENT_TOKEN_TO_BE_REPLACED

It has been said that one of the best ways to teach is through story. In Love on the Rocks with a Twist, Margaret Anderson teaches the fine art of con… END_OF_DOCUMENT_TOKEN_TO_BE_REPLACED

So much of our daily communication consists of argument, I’m delighted to learn new methods that remove the argument and place both parties on the roa… END_OF_DOCUMENT_TOKEN_TO_BE_REPLACED

Working with Margaret helped me understand that conflict does not automatically have to mean confrontation. Now I know how to seek solutions that bene… END_OF_DOCUMENT_TOKEN_TO_BE_REPLACED

As a ghostwriter, I negotiate contracts often, and for “invisible” goods. …Margaret has taught me how to appeal to a prospect’s often hidden needs a… END_OF_DOCUMENT_TOKEN_TO_BE_REPLACED