Your Brain on (and off) Pings 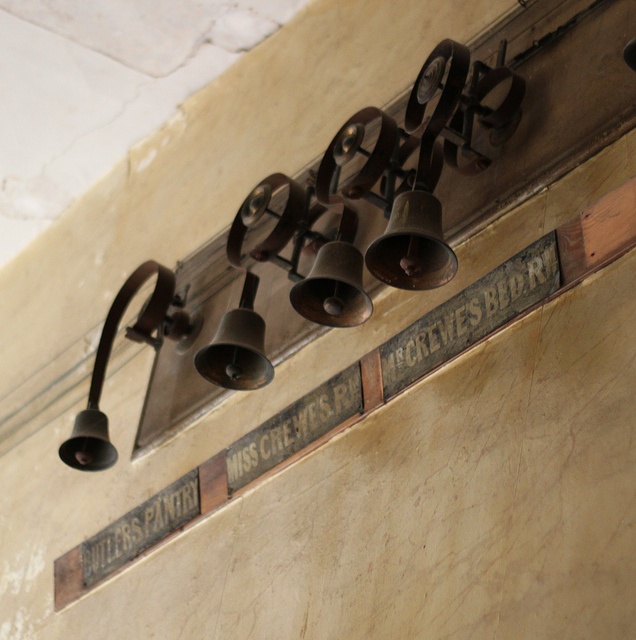 Sensory overload and distraction not only cut against safe driving, as I wrote last time, but also against any kind of problem solving, including those kinds of problems I train people to solve, those that arise in connection with conflict resolution, negotiation, consensus building, and effective communication.

In a recent opinion piece in the New York Times, Daniel J. Levitin of McGill University explains that:

Our brains have two dominant modes of attention: the task-positive network and the task-negative network…The task-positive network is active when you’re actively engaged in a task, focused on it, and undistracted…The task-negative network is active when your mind is wandering; this is the daydreaming mode. These two attentional networks operate like a seesaw in the brain: when one is active the other is not… This two-part attentional system is one of the crowning achievements of the human brain, and the focus it enables allowed us to harness fire, build the pyramids, discover penicillin and decode the entire human genome. Those projects required some plain old-fashioned stick-to-itiveness… But the insight that lifted them probably came from the daydreaming mode.”[1]

As Levitin puts it, “Every status update you read on Facebook, every tweet or text message you get from a friend, is competing for resources in your brain with important things like whether to put your savings in stocks or bonds, where you left your passport or how best to reconcile with a close friend you just had an argument with.”

I was pleased that he included the last example, how to reconcile an argument, because that’s right up my alley.

Levitin suggests several ways to help our brains creatively solve problems. First, schedule and control all that competing chatter. For example, don’t leave your e-mail and social media open and pinging at you when you are focusing on a task. If you hear these pings, even if you don’t stop what you’re doing, your brain, having heard the ping, is now diverting some of its resources to wondering who sent you a message and what they said.

Second, schedule and take regular breaks from task orientation to things that allow your mind to wander. Include short breaks, such as little naps or walks, as well as longer breaks, such as work-free vacations that include mind-wandering down time.

I would add that we also want to turn off the pings during these break periods. It is just as important not to compete with mind wandering as it is not to compete with task orientation, because both contribute to the most creative solutions to the toughest problems.

But what if your boss encourages, or even insists, that you multitask? I suggest you do an experiment. First, work on a project with pings turned on. Record how long it takes you to complete the project and rate the quality and creativity of the result. How well did your work address the goals of the project? Did your work have “bugs” in it that you had to go back and fix? How much time did the fixes take? Worst of all, were there bugs you never caught and fixed?

Now, work on a similar project in scheduled times segments of thirty to fifty minutes without pings. Schedule and take mind-wandering task-negative breaks. You can do “mindless” things during these breaks, things that you want to do anyway, such as brushing your teeth, listening to calming instrumental music, or taking your daily walk. Also, schedule specific times to attend to your e-mail, your text and voice messages and social media.

Again, record how long it took you to complete the second project. How many minutes of scheduled task focusing? How many total days? And again, rate the results for quality and creativity.

If, as I predict, you performed the second project better, more creatively, more efficiently, and/or faster, present your boss with a copy of your experiment results along with a copy of the Levitin article.

And, for your own personal projects, particularly those that involve reconciling a difference with another person, remember that you are your own boss. So be a smart boss.Don’t treat yourself like a servant who has to jump every time a bell rings. Schedule times to focus, without distraction, on applying the skills you’ve learned through my writings and classes to prepare for the conversation. Schedule, and take, chatter free, mind-wandering breaks. Schedule and take other times to attend to your messages.

Likewise, when you are ready to deal with the other person, sit down and speak with them face-to-face, ping-free. Take mind-wandering breaks, for example, to the restroom or to freshen up your coffee.

Inspired by Levitin, I turned off my email and phone while composing this article. I completed a first draft in less than an hour. Then, I checked messages. After than, I took a task-negative break while applying some moist heat therapy to my leg. Finally, I polished the article in about forty minutes.

I accomplished everything I would have otherwise. I spent no more time than if I had left the email and phone on while writing–probably less time, but the time was structured differently. Plus I felt more alert while writing, more inspired with ways to improve the article, and more pleased with my end result.

Let me know if your experiment works out as well as mine did. I’m betting it will.

The course was very interesting and learning the skill set in the classroom to apply in real life situations is invaluable.  It’s definitely about … END_OF_DOCUMENT_TOKEN_TO_BE_REPLACED

It Strikes a Chord: I’ve spent a lifetime reading stories, and I’m not easy to please. This little pocketful kept me pleasurably engaged all the way t… END_OF_DOCUMENT_TOKEN_TO_BE_REPLACED

Thank you. It was a pleasure attending your class. It taught me to ask “Why?” when I am trying to resolve an issue. I learned a lot and am happy I had… END_OF_DOCUMENT_TOKEN_TO_BE_REPLACED

As a ghostwriter, I negotiate contracts often, and for “invisible” goods. …Margaret has taught me how to appeal to a prospect’s often hidden needs a… END_OF_DOCUMENT_TOKEN_TO_BE_REPLACED

My life has gone much more smoothly since taking your class.  Be it a discussion with…or a coworker, there is less stress and more preferable resul… END_OF_DOCUMENT_TOKEN_TO_BE_REPLACED

It [Bridges to Consensus] lends itself specifically to church issues, while making itself significantly useful for understanding communications in any… END_OF_DOCUMENT_TOKEN_TO_BE_REPLACED

I believe Bridges to Consensus applies to every facet of our lives… It doesn’t knock you over like a fire hose. It enters your spirit quietly and ge… END_OF_DOCUMENT_TOKEN_TO_BE_REPLACED

A Go-To Reference & Entertaining Read in One Book: Delightful fiction, indeed! Each of the stories is a standalone pleasure. I especially enjoyed the … END_OF_DOCUMENT_TOKEN_TO_BE_REPLACED

Margaret Anderson was instrumental in helping me hone my skills so that I could sort out, get clear, select, and land a “practically perfect” new busi… END_OF_DOCUMENT_TOKEN_TO_BE_REPLACED

While reading “Bridges to Consensus”, I volunteered to organize a project with my quilt bee, 15 professional, talented, and strongly-opinionated w… END_OF_DOCUMENT_TOKEN_TO_BE_REPLACED

Although the book [Bridges to Consensus] is written with clergy in mind, I was instantly engrossed in the material and could see my way to using her s… END_OF_DOCUMENT_TOKEN_TO_BE_REPLACED

Margaret Anderson’s presentation takes the wisdom of Ben Franklin’s stated virtue: “Speak not but what may benefit others or yourself” into the realm … END_OF_DOCUMENT_TOKEN_TO_BE_REPLACED

It has been said that one of the best ways to teach is through story. In Love on the Rocks with a Twist, Margaret Anderson teaches the fine art of con… END_OF_DOCUMENT_TOKEN_TO_BE_REPLACED

So much of our daily communication consists of argument, I’m delighted to learn new methods that remove the argument and place both parties on the roa… END_OF_DOCUMENT_TOKEN_TO_BE_REPLACED

Working with Margaret helped me understand that conflict does not automatically have to mean confrontation. Now I know how to seek solutions that bene… END_OF_DOCUMENT_TOKEN_TO_BE_REPLACED

As a ghostwriter, I negotiate contracts often, and for “invisible” goods. …Margaret has taught me how to appeal to a prospect’s often hidden needs a… END_OF_DOCUMENT_TOKEN_TO_BE_REPLACED