Why I Broke a Resolution in Order to Honor a Pledge 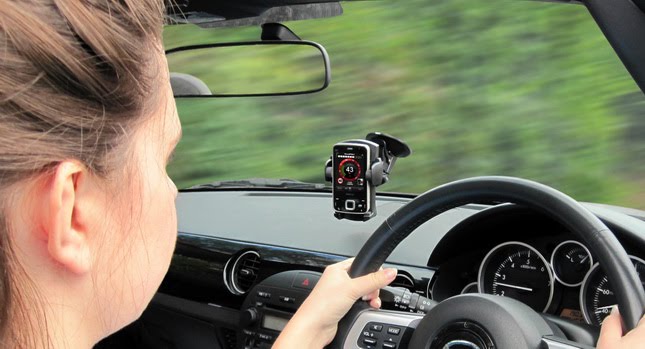 In September of, 2011, I posted my first article to this blog. Since then, I’ve kept my resolution to devote my blog exclusively to my areas of expertise: interpersonal communication skills, consensus building, persuasive communication, negotiation and conflict management. I’ve kept that resolution despite many temptations to break it.

Today, I’m breaking that resolution for the first time in almost three years. I hope this tells you how very important today’s topic is to me. I ask my readers to do me the honor of reading this post all the way through and making a special effort to share this article with people they care about.

This is a life-or-death topic, and one that, when we understand the facts, people of all political stripes should be able to agree upon. Study after study has shown three things:

The Council further reports that it is difficult to assess the percentage of crashes that result in fatalities, probably due to drivers’ reluctance to admit cell phone usage after an accident and the difficulty police have in testing for or proving such usage.[2] However, there’s no denying the fact that phoning while driving is killing people.

Another problem is that, even those who accept that phoning while driving is dangerous believe that they themselves are exceptions to the rule.

I confess that I, too, used to believe I could be the exception. Written summaries of studies don’t always grab our attention. What did grab my attention was an episode of the Oprah Winfrey Show.[3] Although the show focused on texting while driving, some of the examples presented also cover phone conversations. Actually seeing video of drivers on a test track veering onto the grass and knocking down orange traffic cones affected me in a way no number of words on a page could do.

Equally moving were the interviews with drivers who had seriously hurt or killed someone while using the phone. These people were younger than I am, with much better reflexes than I have. They, too, thought they were the exceptions who could use the phone and the car simultaneously. And they had lost hope of ever fully recovering from the guilt and trauma of their experiences.

In addition, Oprah interviewed scientists who explained what happens to the brain when we try to multitask. For example, when you talk on the phone, the zone of your peripheral vision literally shrinks inward; you actually lose sight of the areas beside you from which another car, a bicycle or something that fell off a truck could veer into your lane.

You can watch the Oprah episode here, and I urge you with all my heart to do so.

The show ends by asking people to take a pledge to make their car a “no phone zone.” I took that pledge. If I really need to speak with someone urgently, I wait till I can safely pull into a parking lot or such like. Moreover, when I phone someone, I ask if they are driving. If they are, I tell them we’ll speak later, and disconnect.

I broke my blog resolution to urge you to join me in taking Oprah’s pledge. Are you worried about the flack you might get from people whose calls have to wait? In my experience, explaining that I took Oprah’s pledge, and what that means, dries up the flack.

I can’t remember anyone giving me grief once they knew about my pledge. Perhaps some people just don’t tell me I annoy them, but I’d rather have them annoyed with me than dead or in jail because I enabled a dangerous practice.

I once received a call from an insurance adjuster who was on the road between San Antonio and Houston. I briefly mentioned my pledge and told him the conversation could wait. Several minutes later, he phoned again to say he was so touched when I took his safety into account that he had pulled over from the highway to call me back.

If you still believe you are the exception, try a challenge: Start a phone conversation with someone and do nothing else at the same time. After a few minutes, stop, repeat to the other person what they have told you, and ask how accurate you were. Now resume the conversation while also playing solitaire or doing a simple task like washing dishes. Use the speaker so your hands are free. After a few minutes, ask your friend to again test the accuracy of what you heard. Now take a look at your simple task; can you see a solitaire move you missed or a dirty spot on the dishes you washed?

I predict you will find you missed more of the conversation, and also performed poorly and/or slowly at your other task, when talking on the phone hands free.

There are people who pay other people to gather outside Planned Parenthood clinics and harass every woman who enters, never mind that most of them are going for the birth control that will eliminate any issue of abortion.

There are other people who keep candlelight vigils outside prisons when someone convicted of a capital offense is scheduled for execution.

All these people intend to respect life. If they do, why don’t they hire folks to harass auto manufacturers who mislead customers into thinking hands-free phoning is safer than hand-held? After all, even George W. Bush, during his first run for President, said that decent, reasonable people can disagree about abortion. But considering the studies cited in this article, what decent, reasonable person could deny that phoning while driving kills?

Why don’t the people keep candlelight vigils outside their state legislatures to pass laws against phoning or texting while driving? Reasonable people might disagree about whether murderers deserve death, but no reasonable person could deny that the innocent victims of distracted drivers do not deserve death.

Such laws may be difficult to enforce, but having them on the books is a step in the right direction, a step that will bring this widespread danger greater visibility in the public eye.

Whether or not you are zealous enough to harass autoworkers or picket your state legislature, will you take Oprah’s pledge? If only a few of my readers join me in this, then among us, we will save innocent lives.

As a ghostwriter, I negotiate contracts often, and for “invisible” goods. …Margaret has taught me how to appeal to a prospect’s often hidden needs a… END_OF_DOCUMENT_TOKEN_TO_BE_REPLACED

Working with Margaret helped me understand that conflict does not automatically have to mean confrontation. Now I know how to seek solutions that bene… END_OF_DOCUMENT_TOKEN_TO_BE_REPLACED

My life has gone much more smoothly since taking your class.  Be it a discussion with…or a coworker, there is less stress and more preferable resul… END_OF_DOCUMENT_TOKEN_TO_BE_REPLACED

So much of our daily communication consists of argument, I’m delighted to learn new methods that remove the argument and place both parties on the roa… END_OF_DOCUMENT_TOKEN_TO_BE_REPLACED

It Strikes a Chord: I’ve spent a lifetime reading stories, and I’m not easy to please. This little pocketful kept me pleasurably engaged all the way t… END_OF_DOCUMENT_TOKEN_TO_BE_REPLACED

Although the book [Bridges to Consensus] is written with clergy in mind, I was instantly engrossed in the material and could see my way to using her s… END_OF_DOCUMENT_TOKEN_TO_BE_REPLACED

Margaret Anderson was instrumental in helping me hone my skills so that I could sort out, get clear, select, and land a “practically perfect” new busi… END_OF_DOCUMENT_TOKEN_TO_BE_REPLACED

It has been said that one of the best ways to teach is through story. In Love on the Rocks with a Twist, Margaret Anderson teaches the fine art of con… END_OF_DOCUMENT_TOKEN_TO_BE_REPLACED

Margaret Anderson’s presentation takes the wisdom of Ben Franklin’s stated virtue: “Speak not but what may benefit others or yourself” into the realm … END_OF_DOCUMENT_TOKEN_TO_BE_REPLACED

It [Bridges to Consensus] lends itself specifically to church issues, while making itself significantly useful for understanding communications in any… END_OF_DOCUMENT_TOKEN_TO_BE_REPLACED

While reading “Bridges to Consensus”, I volunteered to organize a project with my quilt bee, 15 professional, talented, and strongly-opinionated w… END_OF_DOCUMENT_TOKEN_TO_BE_REPLACED

Thank you. It was a pleasure attending your class. It taught me to ask “Why?” when I am trying to resolve an issue. I learned a lot and am happy I had… END_OF_DOCUMENT_TOKEN_TO_BE_REPLACED

I believe Bridges to Consensus applies to every facet of our lives… It doesn’t knock you over like a fire hose. It enters your spirit quietly and ge… END_OF_DOCUMENT_TOKEN_TO_BE_REPLACED

As a ghostwriter, I negotiate contracts often, and for “invisible” goods. …Margaret has taught me how to appeal to a prospect’s often hidden needs a… END_OF_DOCUMENT_TOKEN_TO_BE_REPLACED

The course was very interesting and learning the skill set in the classroom to apply in real life situations is invaluable.  It’s definitely about … END_OF_DOCUMENT_TOKEN_TO_BE_REPLACED

A Go-To Reference & Entertaining Read in One Book: Delightful fiction, indeed! Each of the stories is a standalone pleasure. I especially enjoyed the … END_OF_DOCUMENT_TOKEN_TO_BE_REPLACED