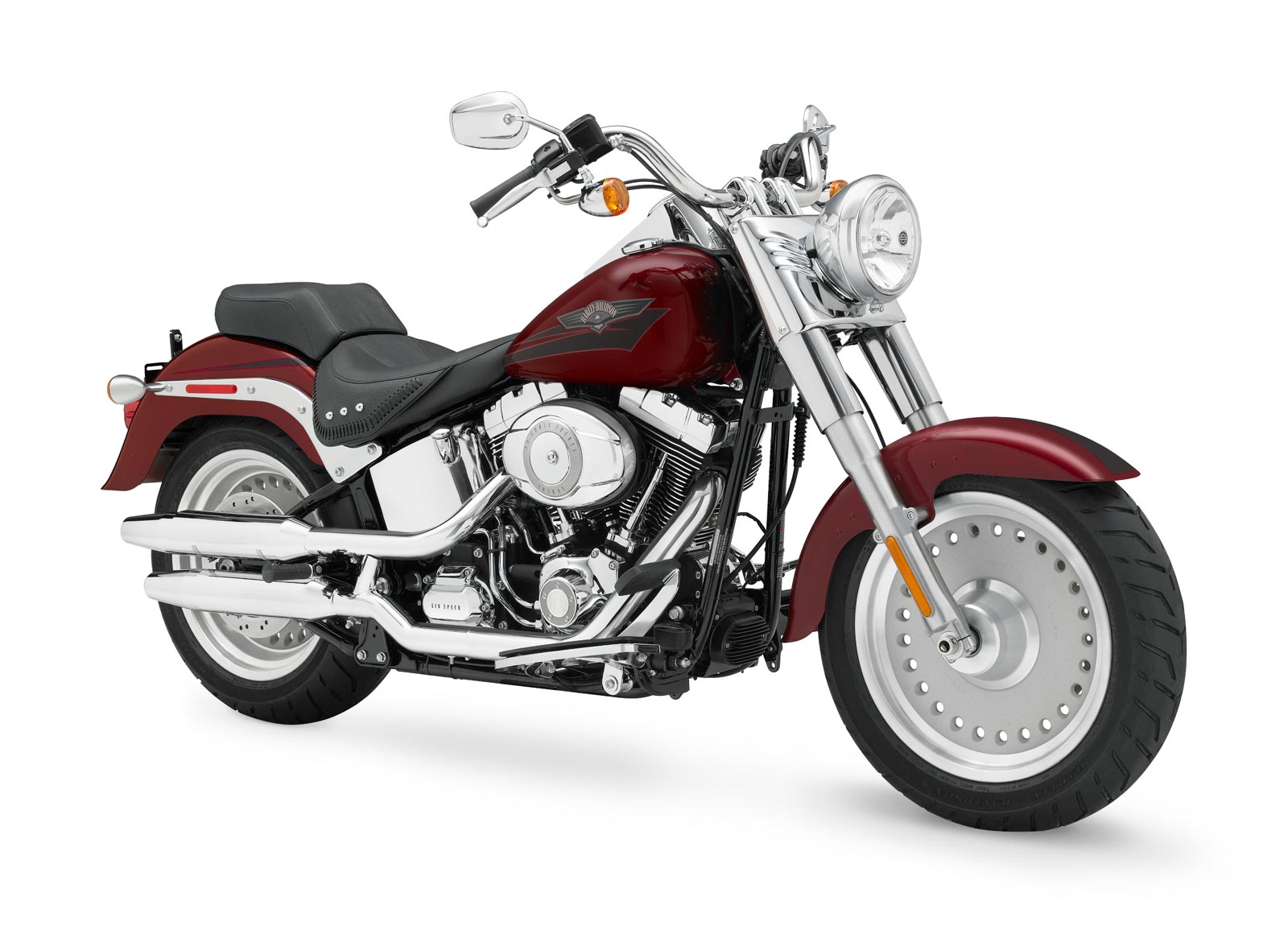 James wants to sell his motorcycle. He lists it for $1200. Bill offers him $800. They agree to a price of $1000. Is that a win-win deal? The answer depends on how well they satisfied their underlying interests.

In my most recent post, I wrote about the fact that interest-driven negotiation contrasts in very fundamental ways with the more common system of positional bargaining. (If you missed that post, you might like to read it now, before going on with this article.) In positional bargaining, people begin with exaggerated numerical positions, then tried to tug each other closer together on the number line.

In interest-driven negotiation, by way of contrast, we look for the interests behind the positions people take, or feel tempted to take. We then seek ways to satisfy the interests of both parties as well as possible. With this approach, it is often possible to avoid the need for compromising on one’s interests. Most people are familiar with the first part of the book title Getting to Yes, but few remember the second half of that title, Negotiating Agreement Without Giving In.

Let’s say the reason James wants to sell his motorcycle is to get the money to buy a used above-ground pool in good condition. Getting the pool is James’s true interest. Selling the motorcycle for the price of a pool is only one way of satisfying that interest. But there are other ways James might obtain a backyard pool. If he focuses on that interest, he can consider various ways to satisfy it and choose the best.

Enter Bill, who’s interested in the motorcycle. If James discusses his interest in buying a pool, he just might learn that Bill has a pool he would like to get rid of. If Bill’s pool meets James’s criteria for size, shape, condition, etc., they could simply swap the motorcycle for the pool. Such a swap represents a very simple example of interest-driven negotiation, in which people often satisfy their interests better than they would through positional bargaining.

Swapping the motorcycle for the pool also represents the best kind of interest-driven result, a true win-win, a deal in which neither party had to compromise his interests. James got everything he wanted in the pool; his interest was satisfied completely. Bill not only got the motorcycle, but also found a new home for a pool he wanted to get rid of; he satisfied his interest and then some.

So, just as a BATNA, or as I dub it, a “walk away alternative,” is the opposite of a bottom line (see my last blog post), a win-win is the opposite of compromise; nobody has to give in. A compromise is, by definition, a lose-lose; everybody gives up something in terms of their interests.

Yet, people tend to toss around the term “win-win” and apply it to any situation in which both parties achieve reasonably acceptable results, even though they had to compromise. Indeed, I recently came across an info-graphic about different forms of negotiation. There I read the following shocking (to me) description of a step in a negotiation process, “Compromise for a win-win.”

Really? That’s like saying, “Lose-lose for a win-win.” This principle bears repeating: a true compromise (a compromise of interests) is, by definition, a lose-lose; true compromise never results in a genuine win-win because compromise means everybody gives up something.

This begs the questions: What about the opening example, where James and Bill agreed to a price of $1000 for the bike? Was that a lose-lose?

On the other hand, if $1000 is enough for James to get the pool he wants, it was not a compromise of his interests. If Bill had been able to pay up to $1000 without cashing in the bonds, one could say he didn’t compromise his interests.

But neither man did as well as he could have. The swap was definitely better for Bill and no worse for James when compared to the $1000 deal. And James might have improved the swap by asking Bill to throw in any pool chemicals or ancillary equipment he had on hand.

Why does all this matter? I believe understanding the concept of win-win, or compromise-free, results is related to one of the reasons people misunderstand the term “win-win.” Our brains are wired to operate on the assumption that there is not enough to go around. In primitive times, not enough nuts and berries. Nowadays, not enough money. In other words, it’s hard for us to believe in the existence of compromise-free results. Thus, any reasonably acceptable result feels like the best we could hope for, and some people call such results “win-win.”

But if you go into a negotiation believing it’s possible to satisfy your interests completely, you might just do so. And if you don’t satisfy your interests absolutely, having aimed for that ultimate compromise-free result, you will probably achieve better results, even if you do have to compromise a bit. Instead of achieving something reasonably acceptable, you’ll achieve the best you can!

I believe Bridges to Consensus applies to every facet of our lives… It doesn’t knock you over like a fire hose. It enters your spirit quietly and ge… END_OF_DOCUMENT_TOKEN_TO_BE_REPLACED

It has been said that one of the best ways to teach is through story. In Love on the Rocks with a Twist, Margaret Anderson teaches the fine art of con… END_OF_DOCUMENT_TOKEN_TO_BE_REPLACED

It Strikes a Chord: I’ve spent a lifetime reading stories, and I’m not easy to please. This little pocketful kept me pleasurably engaged all the way t… END_OF_DOCUMENT_TOKEN_TO_BE_REPLACED

A Go-To Reference & Entertaining Read in One Book: Delightful fiction, indeed! Each of the stories is a standalone pleasure. I especially enjoyed the … END_OF_DOCUMENT_TOKEN_TO_BE_REPLACED

Thank you. It was a pleasure attending your class. It taught me to ask “Why?” when I am trying to resolve an issue. I learned a lot and am happy I had… END_OF_DOCUMENT_TOKEN_TO_BE_REPLACED

As a ghostwriter, I negotiate contracts often, and for “invisible” goods. …Margaret has taught me how to appeal to a prospect’s often hidden needs a… END_OF_DOCUMENT_TOKEN_TO_BE_REPLACED

The course was very interesting and learning the skill set in the classroom to apply in real life situations is invaluable.  It’s definitely about … END_OF_DOCUMENT_TOKEN_TO_BE_REPLACED

My life has gone much more smoothly since taking your class.  Be it a discussion with…or a coworker, there is less stress and more preferable resul… END_OF_DOCUMENT_TOKEN_TO_BE_REPLACED

Although the book [Bridges to Consensus] is written with clergy in mind, I was instantly engrossed in the material and could see my way to using her s… END_OF_DOCUMENT_TOKEN_TO_BE_REPLACED

Working with Margaret helped me understand that conflict does not automatically have to mean confrontation. Now I know how to seek solutions that bene… END_OF_DOCUMENT_TOKEN_TO_BE_REPLACED

It [Bridges to Consensus] lends itself specifically to church issues, while making itself significantly useful for understanding communications in any… END_OF_DOCUMENT_TOKEN_TO_BE_REPLACED

So much of our daily communication consists of argument, I’m delighted to learn new methods that remove the argument and place both parties on the roa… END_OF_DOCUMENT_TOKEN_TO_BE_REPLACED

Margaret Anderson’s presentation takes the wisdom of Ben Franklin’s stated virtue: “Speak not but what may benefit others or yourself” into the realm … END_OF_DOCUMENT_TOKEN_TO_BE_REPLACED

As a ghostwriter, I negotiate contracts often, and for “invisible” goods. …Margaret has taught me how to appeal to a prospect’s often hidden needs a… END_OF_DOCUMENT_TOKEN_TO_BE_REPLACED

Margaret Anderson was instrumental in helping me hone my skills so that I could sort out, get clear, select, and land a “practically perfect” new busi… END_OF_DOCUMENT_TOKEN_TO_BE_REPLACED

While reading “Bridges to Consensus”, I volunteered to organize a project with my quilt bee, 15 professional, talented, and strongly-opinionated w… END_OF_DOCUMENT_TOKEN_TO_BE_REPLACED