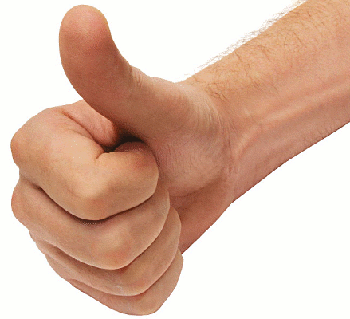 I recently watched my DVDs of the TV miniseries Bleak House, then reread the Dickens novel. One of the minor characters—Inspector Bucket—caught my attention. Bucket demonstrates his ability to catch more flies with honey than with vinegar. More particularly, Bucket knows that people tend to live up, for down, to the expectations we reveal to them. I became so fascinated with Inspector Bucket that, in scanning the text looking for quotations for this article, I found myself rereading much more than was necessary.

When Lord Dedlock urges Inspector Bucket to solve the murder of his attorney, Mr. Tulkinghorn, he never suspects that the case will reveal scandalous secrets within the Dedlock family. How does the savvy inspector manage to tell the baronet that these secrets involve his own wife without getting thrown out on his ear? He uses a predictive compliment. Bucket compliments Lord Dedlock, not on something he has done, but on something that Bucket “knows” he will do:

It’s my duty to prepare you for a train of circumstances that may, and I go so far as to say that will, give you a shock. But Sir Leicester Dedlock, Baronet, you’re a gentleman; and I know what a gentleman is, and what a gentleman is capable of. A gentleman can bear a shock, when it must come, boldly and steadily. A gentleman can make up his mind to stand up against almost any blow. Why, take yourself, Sir Leicester deadlock, Baronet. If there’s a blow to be inflicted on you, you naturally think of your family. You ask yourself, how would all them ancestors of yours, away to Julius Caesar—not to go beyond him at present—have borne that blow; you remember scores of them that would have borne it well; and you bear it well on their accounts, and to maintain the family credit. That’s the way you argue, and that’s the way you act, Sir Leicester Dedlock, Baronet.

As predicted, Sir Leicester steels himself for the news, but it’s worse than he can imagine. His trusted attorney Tulkinghorn had, in fact, hired Bucket to investigate Dedlock’s beloved wife. Tulkinghorn learned that Lady Dedlock had a lover before Sir Leicester began to court her. Tulkinghorn had argued with Lady Dedlock about his plans  to tell her husband all about it. But before he could carry out his plan, he was shot and killed in his chambers. Worse, on the same night as the murder, his wife left the house, and a woman matching her description was seen at the Tulkinghorn’s chambers.

Sir Leicester lives up so well to Inspector Bucket’s prediction of calm and dignity that, although he’s on the brink of a stroke, he manages to complete the necessary conversation with the inspector, fighting down impulses to “utter inarticulate sounds.”

Meanwhile, Lady Dedlock believes her love letters to Esther’s father have fallen into the hands of a scoundrel who intends to give them to her husband. She also realizes that she will be suspected of the attorney’s murder because she did go to his chambers on the night in question, though she did not kill him. For the sake of her husband’s honor, she flees, and Bucket is tasked with finding her before she does herself harm, perhaps the ultimate harm.

Bucket enlists the assistance of one of the major characters, Esther Summerson, to search for the lady on the lam. Only recently, Lady Dedlock had admitted to Esther that she was her love child, but swore Esther to secrecy.

An ordeal lies ahead for Esther and Bucket, racing hither and yon by coach in bitter cold, sleet and snow, all one night, through the next day, and into the following night. When they arrive at a shop where Inspector Bucket fears Esther will hear bad news, he encourages her with another predictive compliment, “Miss Summerson, you won’t be alarmed whatever comes off, I know.” There they acquire a note written by Lady Dedlock indicating her intention to lie down and die of exposure and heartbreak. But as predicted, Esther controls her emotions so she can continue to help Bucket.

These fictional Victorian examples may be a little over-the-top by today’s standards, but we can learn a lot from Inspector Bucket’s technique of the predictive compliment. If you would like someone to behave in a certain way, and believe they can, tell them so. You might say to an employee, “You got a creative mind, and I trust you to plan this project.”

One caveat: don’t let predictive compliment turn into pressure, for example, for a child to pursue a particular college major or profession without knowing that the young person is actually interested in that field.

But when you believe someone is capable of something that they themselves would, ideally, like to do, tell them so. Then stand back and watch them soar.

Margaret Anderson’s presentation takes the wisdom of Ben Franklin’s stated virtue: “Speak not but what may benefit others or yourself” into the realm … END_OF_DOCUMENT_TOKEN_TO_BE_REPLACED

While reading “Bridges to Consensus”, I volunteered to organize a project with my quilt bee, 15 professional, talented, and strongly-opinionated w… END_OF_DOCUMENT_TOKEN_TO_BE_REPLACED

Thank you. It was a pleasure attending your class. It taught me to ask “Why?” when I am trying to resolve an issue. I learned a lot and am happy I had… END_OF_DOCUMENT_TOKEN_TO_BE_REPLACED

Although the book [Bridges to Consensus] is written with clergy in mind, I was instantly engrossed in the material and could see my way to using her s… END_OF_DOCUMENT_TOKEN_TO_BE_REPLACED

So much of our daily communication consists of argument, I’m delighted to learn new methods that remove the argument and place both parties on the roa… END_OF_DOCUMENT_TOKEN_TO_BE_REPLACED

My life has gone much more smoothly since taking your class.  Be it a discussion with…or a coworker, there is less stress and more preferable resul… END_OF_DOCUMENT_TOKEN_TO_BE_REPLACED

I believe Bridges to Consensus applies to every facet of our lives… It doesn’t knock you over like a fire hose. It enters your spirit quietly and ge… END_OF_DOCUMENT_TOKEN_TO_BE_REPLACED

It Strikes a Chord: I’ve spent a lifetime reading stories, and I’m not easy to please. This little pocketful kept me pleasurably engaged all the way t… END_OF_DOCUMENT_TOKEN_TO_BE_REPLACED

The course was very interesting and learning the skill set in the classroom to apply in real life situations is invaluable.  It’s definitely about … END_OF_DOCUMENT_TOKEN_TO_BE_REPLACED

As a ghostwriter, I negotiate contracts often, and for “invisible” goods. …Margaret has taught me how to appeal to a prospect’s often hidden needs a… END_OF_DOCUMENT_TOKEN_TO_BE_REPLACED

It [Bridges to Consensus] lends itself specifically to church issues, while making itself significantly useful for understanding communications in any… END_OF_DOCUMENT_TOKEN_TO_BE_REPLACED

Working with Margaret helped me understand that conflict does not automatically have to mean confrontation. Now I know how to seek solutions that bene… END_OF_DOCUMENT_TOKEN_TO_BE_REPLACED

Margaret Anderson was instrumental in helping me hone my skills so that I could sort out, get clear, select, and land a “practically perfect” new busi… END_OF_DOCUMENT_TOKEN_TO_BE_REPLACED

It has been said that one of the best ways to teach is through story. In Love on the Rocks with a Twist, Margaret Anderson teaches the fine art of con… END_OF_DOCUMENT_TOKEN_TO_BE_REPLACED

As a ghostwriter, I negotiate contracts often, and for “invisible” goods. …Margaret has taught me how to appeal to a prospect’s often hidden needs a… END_OF_DOCUMENT_TOKEN_TO_BE_REPLACED

A Go-To Reference & Entertaining Read in One Book: Delightful fiction, indeed! Each of the stories is a standalone pleasure. I especially enjoyed the … END_OF_DOCUMENT_TOKEN_TO_BE_REPLACED