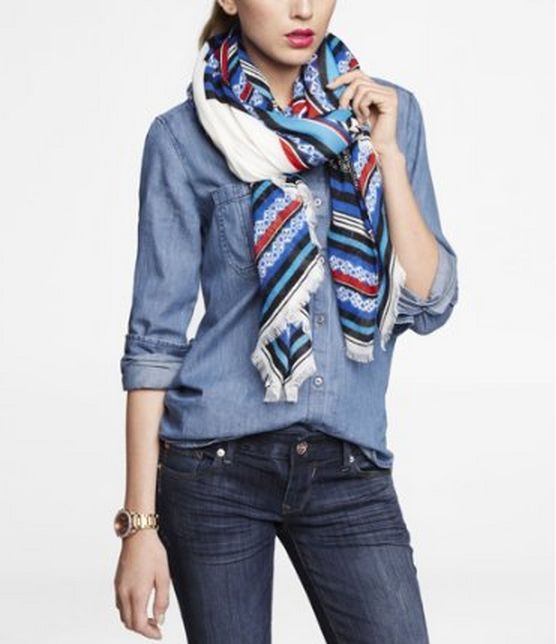 The March/April issue of Psychology Today features a fascinating article on millennials, including a chart contrasting the way baby boomers see millennial’s traits with the way millennials themselves see those same traits.

For example, millennials seek frequent feedback. Boomer supervisors may criticize this as attention-seeking or lack of the necessary knowledge to do their work. Millennials themselves see it as eagerness to please. They like to be frequently advised if they are pleasing, so they can make any necessary adjustments. They like being mentored. What a refreshing change from those from my young working world who wouldn’t want to be seen visiting the mentor’s office for fear that people might realize that they didn’t know everything.

Two millennial traits, in particular, interest me as a negotiation and consensus trainer. The first is what boomers may see as disrespect for authority. But here’s how a millennial consultant describes that same trait, “We are all about equal rights at every level. That’s why everyone thinks we want to be CEO on day one–because we want our voices to be heard. We don’t believe in those big corporate hierarchies.”[1]

Linguistics expert Dr. Deborah Tannen tells us that cultural differences in the way we speak and interact with other people arise from differences in the way we prioritize two basic human needs. One is the need for status. We all want some measure of status, a sense of uniqueness or individuality, and a sense that we compare well with others. A status-based dynamic is characterized by hierarchical relationships and competitive interaction styles.

The other basic need is connection. We all want to feel that we belong in a group and that we have things in common with others. A connection-based cynamic is characterized by egalitarian relationships and cooperative or collaborative interaction styles.

Based on what I know about the interaction styles that work best in negotiation, seeking consensus, or persuading others, it is abundantly clear that the competitive style that many people think is negotiation rarely produces the best results. This is a status-based style I like to call “number line tug –of-war.” Each party takes an exaggerated opening position on the number line, having in mind a bottom line or top line limit to how far they will compromise. Then each tries to hug the other toward himself on the number line, while digging in his heels and trying not to move. The best result this system can produce is a compromise. And a compromise, by definition, precludes a win-win. A compromise is a lose-lose.

If millennials dislike hierarchy, I say, “Bring ’em on.” Of course, there are some human endeavors that require the hierarchical command-and-control paradigm. Examples are military and police operations. But that paradigm is way overused at the negotiation table, and in business in general. What works better is a more egalitarian dynamic.

I predict that, as millennials become more prominent in the workplace, and come into their prime, we will see a beautiful shift from the ubercompetitive discord that currently characterizes not only business, but also politics and religion, toward a more peaceful and productive dynamic in all of these venues.

To make the very most of this, my advice to everyone, from baby boomers to millennials, is to remember that every generation has its own unique skills and experiences to offer, and the best results of all occur when we find room for everyone to do what they do best.

For example, millennials will do themselves a favor if they realize that collaboration produces the best results when each collaborator has alone time interspersed with collaborative sessions with the rest of the team. During alone time, both her conscious and unconscious mind works on the matter in hand, Older team members may need a little more alone time than you do. If they get it, your collaborative sessions will enjoy optimum benefits from their knowledge and experience. Make sure your egalitarianism, your belief that every voice should be heard, extends to the voices of other generations.

As for boomers, Gen X and Gen Y, be prepared to let millennials know that you are willing to collaborate, and also be prepared to help them see what you have to offer and how they can optimize it. For example, during a collaborative meeting, if you sense that the decision is being reached prematurely, you can say something like, “I’d like to suggest that we postpone the final decision until I have time to refresh my memory on some similar situations that have occurred in the past. It’s possible I’ll find something that will help us optimize this plan even more.”

Nothing would please me more than to see millenial’s contributions to our culture make my present job obsolete. Then I’ll get back to writing the great American novel.

Margaret Anderson’s presentation takes the wisdom of Ben Franklin’s stated virtue: “Speak not but what may benefit others or yourself” into the realm … END_OF_DOCUMENT_TOKEN_TO_BE_REPLACED

While reading “Bridges to Consensus”, I volunteered to organize a project with my quilt bee, 15 professional, talented, and strongly-opinionated w… END_OF_DOCUMENT_TOKEN_TO_BE_REPLACED

Thank you. It was a pleasure attending your class. It taught me to ask “Why?” when I am trying to resolve an issue. I learned a lot and am happy I had… END_OF_DOCUMENT_TOKEN_TO_BE_REPLACED

Although the book [Bridges to Consensus] is written with clergy in mind, I was instantly engrossed in the material and could see my way to using her s… END_OF_DOCUMENT_TOKEN_TO_BE_REPLACED

So much of our daily communication consists of argument, I’m delighted to learn new methods that remove the argument and place both parties on the roa… END_OF_DOCUMENT_TOKEN_TO_BE_REPLACED

My life has gone much more smoothly since taking your class.  Be it a discussion with…or a coworker, there is less stress and more preferable resul… END_OF_DOCUMENT_TOKEN_TO_BE_REPLACED

I believe Bridges to Consensus applies to every facet of our lives… It doesn’t knock you over like a fire hose. It enters your spirit quietly and ge… END_OF_DOCUMENT_TOKEN_TO_BE_REPLACED

It Strikes a Chord: I’ve spent a lifetime reading stories, and I’m not easy to please. This little pocketful kept me pleasurably engaged all the way t… END_OF_DOCUMENT_TOKEN_TO_BE_REPLACED

The course was very interesting and learning the skill set in the classroom to apply in real life situations is invaluable.  It’s definitely about … END_OF_DOCUMENT_TOKEN_TO_BE_REPLACED

As a ghostwriter, I negotiate contracts often, and for “invisible” goods. …Margaret has taught me how to appeal to a prospect’s often hidden needs a… END_OF_DOCUMENT_TOKEN_TO_BE_REPLACED

It [Bridges to Consensus] lends itself specifically to church issues, while making itself significantly useful for understanding communications in any… END_OF_DOCUMENT_TOKEN_TO_BE_REPLACED

Working with Margaret helped me understand that conflict does not automatically have to mean confrontation. Now I know how to seek solutions that bene… END_OF_DOCUMENT_TOKEN_TO_BE_REPLACED

Margaret Anderson was instrumental in helping me hone my skills so that I could sort out, get clear, select, and land a “practically perfect” new busi… END_OF_DOCUMENT_TOKEN_TO_BE_REPLACED

It has been said that one of the best ways to teach is through story. In Love on the Rocks with a Twist, Margaret Anderson teaches the fine art of con… END_OF_DOCUMENT_TOKEN_TO_BE_REPLACED

As a ghostwriter, I negotiate contracts often, and for “invisible” goods. …Margaret has taught me how to appeal to a prospect’s often hidden needs a… END_OF_DOCUMENT_TOKEN_TO_BE_REPLACED

A Go-To Reference & Entertaining Read in One Book: Delightful fiction, indeed! Each of the stories is a standalone pleasure. I especially enjoyed the … END_OF_DOCUMENT_TOKEN_TO_BE_REPLACED