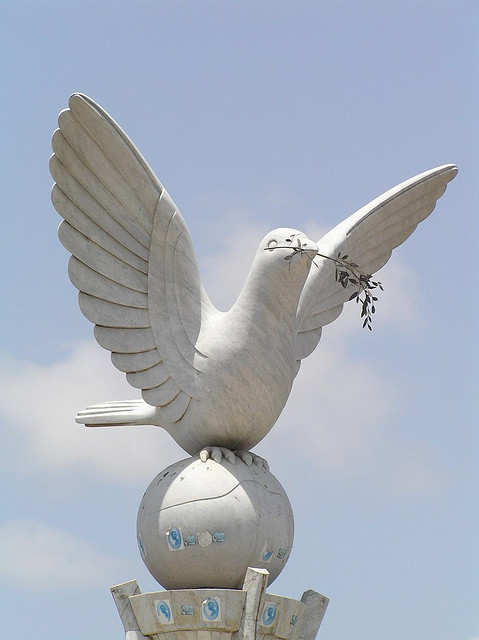 Just a few months before his untimely death, John F. Kennedy negotiated what is commonly called the Partial Test Ban Treaty (PTBT) with Nikita Khrushchev. Several aspects of this bit of history interest me from a negotiation standpoint.

In “JFK as Negotiator—The Cuban Missile Crisis,” I explained my concept of Walkaway Alternatives (BATNA). Briefly, a Walkaway Alternative is your best plan for satisfying your own interests if you can’t make a better deal through negotiation. It is the true test of one’s negotiating strength.

At the beginning of his presidency, JFK had a very poor Walkaway Alternative vis-à-vis the Soviet Union, which was way ahead of the United States in nuclear arms development and stockpiling. The weakness of Kennedy’s negotiating position showed very clearly in his early attempts to negotiate with Khrushchev in Switzerland. The Russian Premier gave him no more attention or respect than if he had been a pesky schoolboy.

Kennedy placed great emphasis on catching up with the Soviets in terms of nuclear arms power at the beginning of his presidency. No doubt, he was influenced by his observations on Great Britain’s position with respect to Germany at the outset of World War II, and which inspired his book, Why England Slept.

Though he would not have put it in these terms, by catching up to the Soviet Union in the nuclear arms area, Kennedy improved his Walkaway Alternative before trying again to negotiate with Khrushchev.

Another interesting aspect of Kennedy’s dealings with Khrushchev was developing a good working relationship. This does not mean a relationship in which two parties never disagree, but rather one in which they establish a civilized way of dealing with of those disagreements that inevitably arise.

Even though Kennedy had been humiliated by Khrushchev’s dismissive treatment in Switzerland, he refrained from humiliating Khrushchev when he prevailed on him to withdraw Soviet missiles from Cuba. This was a brilliant move on Kennedy’s part, and laid a foundation for later negotiations regarding the PTBT.

Kennedy also showed great courage by modifying his earlier position on nuclear arms on the eve of his campaign for a second term as president. In Influence—The Psychology of Persuasion, Dr. Robert Cialdini explains that humans are wired to be suspicious of leaders who change their minds. This tendency evolved at a time when it was adaptive, a time when the project at hand may have been how to bring down a mastodon without anyone getting maimed or killed.

Like many other biologically wired inclinations, the natural tendency to distrust leaders who change their minds does not always serve us well in modern situations, such as delicate and complex international negotiations.  Yet, many members of the general public will follow these inclinations, not even realizing that they are instinctive, rather than the result of rational thought.

After so many years of near paranoia with respect to Communists, in general, and the Soviet Union, in particular, Kennedy took a risk that his own people might see him as weak for negotiating with the Soviets. They may have feared that the Soviet Union would not abide by the treaty.

Kennedy very persuasively eased the nation into viewing the matter differently in his speech at American University in July 1963. He succinctly affirmed the necessity of having, first, beefed up the U.S. Walkaway Alternative: “Today the expenditure of billions of dollars every year on weapons acquired for the purpose of making sure we never need them is essential to the keeping of peace.”

Then, he explained where we might go from that strong negotiation position in terms of our own best interests: “But surely the acquisition of such idle stockpiles, which can only destroy and never create, is not the only, much less the most efficient means of assuring peace.”

Lastly, he guided the nation in a first step toward viewing Communists as fellow humans: “History teaches us that enmities between nations, as between individuals, do not last forever. No government or social system is so evil that its people must be considered as lacking in virtue. Among the many traits the peoples of our two countries have in common, none is stronger than our mutual abhorrence of war.”

In a sense, we could say that Kennedy engaged in an ancillary negotiation with the American people. Some consider his American University address his best speech, and it is a textbook example of effective persuasion.

Finally, the PTBT negotiations demonstrated Kennedy’s understanding of the principle of slowing down to reach the goal faster. The PTBT did not ban all nuclear arms testing. It allowed continued testing underground. I believe the countries that signed the treaty would have gone to underground testing in any event simply to avoid spewing radioactive particles into their own environment. The treaty was a small step.

But in this situation, only small steps could prove fruitful. If Kennedy had pushed for a total ban on nuclear arms testing, especially in the atmosphere of mutual distrust that still prevailed at the time, he would have obtained no treaty at all.

Fortunately, Kennedy lived long enough to see the treaty signed on behalf of the United Kingdom, the Soviet Union, and the United States, and then ratified by the U.S. Senate. It stands as one of the greatest achievements of his life.

As a ghostwriter, I negotiate contracts often, and for “invisible” goods. …Margaret has taught me how to appeal to a prospect’s often hidden needs a… END_OF_DOCUMENT_TOKEN_TO_BE_REPLACED

Working with Margaret helped me understand that conflict does not automatically have to mean confrontation. Now I know how to seek solutions that bene… END_OF_DOCUMENT_TOKEN_TO_BE_REPLACED

My life has gone much more smoothly since taking your class.  Be it a discussion with…or a coworker, there is less stress and more preferable resul… END_OF_DOCUMENT_TOKEN_TO_BE_REPLACED

So much of our daily communication consists of argument, I’m delighted to learn new methods that remove the argument and place both parties on the roa… END_OF_DOCUMENT_TOKEN_TO_BE_REPLACED

It Strikes a Chord: I’ve spent a lifetime reading stories, and I’m not easy to please. This little pocketful kept me pleasurably engaged all the way t… END_OF_DOCUMENT_TOKEN_TO_BE_REPLACED

Although the book [Bridges to Consensus] is written with clergy in mind, I was instantly engrossed in the material and could see my way to using her s… END_OF_DOCUMENT_TOKEN_TO_BE_REPLACED

Margaret Anderson was instrumental in helping me hone my skills so that I could sort out, get clear, select, and land a “practically perfect” new busi… END_OF_DOCUMENT_TOKEN_TO_BE_REPLACED

It has been said that one of the best ways to teach is through story. In Love on the Rocks with a Twist, Margaret Anderson teaches the fine art of con… END_OF_DOCUMENT_TOKEN_TO_BE_REPLACED

Margaret Anderson’s presentation takes the wisdom of Ben Franklin’s stated virtue: “Speak not but what may benefit others or yourself” into the realm … END_OF_DOCUMENT_TOKEN_TO_BE_REPLACED

It [Bridges to Consensus] lends itself specifically to church issues, while making itself significantly useful for understanding communications in any… END_OF_DOCUMENT_TOKEN_TO_BE_REPLACED

While reading “Bridges to Consensus”, I volunteered to organize a project with my quilt bee, 15 professional, talented, and strongly-opinionated w… END_OF_DOCUMENT_TOKEN_TO_BE_REPLACED

Thank you. It was a pleasure attending your class. It taught me to ask “Why?” when I am trying to resolve an issue. I learned a lot and am happy I had… END_OF_DOCUMENT_TOKEN_TO_BE_REPLACED

I believe Bridges to Consensus applies to every facet of our lives… It doesn’t knock you over like a fire hose. It enters your spirit quietly and ge… END_OF_DOCUMENT_TOKEN_TO_BE_REPLACED

As a ghostwriter, I negotiate contracts often, and for “invisible” goods. …Margaret has taught me how to appeal to a prospect’s often hidden needs a… END_OF_DOCUMENT_TOKEN_TO_BE_REPLACED

The course was very interesting and learning the skill set in the classroom to apply in real life situations is invaluable.  It’s definitely about … END_OF_DOCUMENT_TOKEN_TO_BE_REPLACED

A Go-To Reference & Entertaining Read in One Book: Delightful fiction, indeed! Each of the stories is a standalone pleasure. I especially enjoyed the … END_OF_DOCUMENT_TOKEN_TO_BE_REPLACED