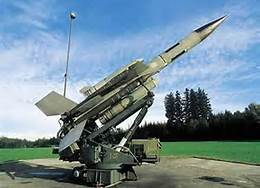 Last week, I watched the two-part PBS Frontline special on John F. Kennedy. During the Kennedy presidency, I was only in my preteen and early teen years. There was a lot I never learned about because I was busy doing typical teenage/student stuff. I was too young to understand what I did know. Plus, there were things even the best informed adults didn’t know back then.

Part I of the Frontline program left me thinking that maybe some of the reservations people had about Jack Kennedy when he announced his candidacy for president were justified. His youth and inexperience showed in some of his early decisions. But while watching Part II, I soon turned that opinion around, just as Kennedy turned himself around. He learned from his mistakes. And I learned that some of the things that may have seemed like mistakes were part of a sound negotiation strategy.

Long before The Harvard Negotiation Project coined the acronym BATNA, Kennedy displayed an innate grasp of the concept. Although I’m a fan of The Harvard Negotiation Project, I dislike the term BATNA. Even when people know that the acronym stands for “best alternative to a negotiated agreement,” they have trouble getting their minds around what that means.

I even heard a man teaching authors how to negotiate a book deal use the term BATNA to mean the exact opposite of what BATNA is. He described a bottom line and called it a BATNA. So, for my clients and trainees, I’ve coined a different term, “walkaway alternative.” In fact, a walk away alternative (or BATNA) replaces the bottom line as a more valid test of whether or not one should accept a deal on the table.

A walkaway alternative is a plan for what you’ll do if you have to walk away from the negotiating table. In other words, if you can’t come to an agreement with the other party, what is the best thing you can do for yourself, without any cooperation from that other party, to satisfy your interests?

For example, suppose I want to negotiate a raise in salary. If I use a bottom-line test, I might decide, in advance of the negotiation, that my bottom line is a $5000 per year increase. However, my walkaway alternative is the best thing I can do for myself if I can’t strike a deal with my boss. Possible elements of my walkaway alternative might include:

Now I decide which element, or combination of elements, would best serve my interests if I walk away from the negotiation table, if my boss will not agree to any salary increase. I might decide that my walkaway alternative is a combination: stay put for now, look for ways to economize, and start scouting for another job.

John Kennedy showed his grasp of this concept during the Cuban missile crisis. He had clear photographic evidence that the USSR was setting up missile bases on the island of Cuba. This would allow strikes throughout the United States mainland. Virtually all Kennedy’s advisers suggested he demand that the Russians remove the missile bases, and if they did not, the US should strike first, in other words, start a nuclear war.

Pres. Kennedy seemed to be the only one who realized that starting a nuclear war was a terrible walkaway alternative. Almost any deal he could make with Premier Khrushchev would be better.

With this knowledge, Kennedy then proceeded in a manner that demonstrated other negotiation skills. He remained calm. He did not rush into a decision before that decision really needed to be made.

Kennedy did not accept this offer immediately. He tested the waters to be sure it was the best he could get from the Russians before deciding what to do. At last, and having learned that the US missiles in Turkey were redundant, he accepted Khrushchev’s offer, averting a nuclear war most Americans considered inevitable.

Most importantly, he instructed everyone not to crow over the fact that the Russian ships carrying the missiles turned around and went back home, not to embarrass Khrushchev. This was completely counterintuitive to the hawks surrounding the president. But JFK had the wisdom to know that attempting to humiliate Krushchev would only put hurdles in the way of any future attempts to negotiate a disarmament or non-escalation treaty, or anything else the US might need or want to negotiate with the USSR in the future.

The Russian Premier, who had previously humiliated JFK in arms talks in Switzerland, noticed and appreciated Kennedy’s restraint after the Cuban missile stand down. He began to respect our president, not for being a stone walling tough guy who won a high stakes game of chicken (as many Americans believed), but for his wisdom. Kennedy’s restraint planted the seed of a better relationship between the two heads of state.

In the next article in this series, we’ll talk about subsequent arms negotiations between JFK and Krushchev.

I believe Bridges to Consensus applies to every facet of our lives… It doesn’t knock you over like a fire hose. It enters your spirit quietly and ge… END_OF_DOCUMENT_TOKEN_TO_BE_REPLACED

It has been said that one of the best ways to teach is through story. In Love on the Rocks with a Twist, Margaret Anderson teaches the fine art of con… END_OF_DOCUMENT_TOKEN_TO_BE_REPLACED

It Strikes a Chord: I’ve spent a lifetime reading stories, and I’m not easy to please. This little pocketful kept me pleasurably engaged all the way t… END_OF_DOCUMENT_TOKEN_TO_BE_REPLACED

A Go-To Reference & Entertaining Read in One Book: Delightful fiction, indeed! Each of the stories is a standalone pleasure. I especially enjoyed the … END_OF_DOCUMENT_TOKEN_TO_BE_REPLACED

Thank you. It was a pleasure attending your class. It taught me to ask “Why?” when I am trying to resolve an issue. I learned a lot and am happy I had… END_OF_DOCUMENT_TOKEN_TO_BE_REPLACED

As a ghostwriter, I negotiate contracts often, and for “invisible” goods. …Margaret has taught me how to appeal to a prospect’s often hidden needs a… END_OF_DOCUMENT_TOKEN_TO_BE_REPLACED

The course was very interesting and learning the skill set in the classroom to apply in real life situations is invaluable.  It’s definitely about … END_OF_DOCUMENT_TOKEN_TO_BE_REPLACED

My life has gone much more smoothly since taking your class.  Be it a discussion with…or a coworker, there is less stress and more preferable resul… END_OF_DOCUMENT_TOKEN_TO_BE_REPLACED

Although the book [Bridges to Consensus] is written with clergy in mind, I was instantly engrossed in the material and could see my way to using her s… END_OF_DOCUMENT_TOKEN_TO_BE_REPLACED

Working with Margaret helped me understand that conflict does not automatically have to mean confrontation. Now I know how to seek solutions that bene… END_OF_DOCUMENT_TOKEN_TO_BE_REPLACED

It [Bridges to Consensus] lends itself specifically to church issues, while making itself significantly useful for understanding communications in any… END_OF_DOCUMENT_TOKEN_TO_BE_REPLACED

So much of our daily communication consists of argument, I’m delighted to learn new methods that remove the argument and place both parties on the roa… END_OF_DOCUMENT_TOKEN_TO_BE_REPLACED

Margaret Anderson’s presentation takes the wisdom of Ben Franklin’s stated virtue: “Speak not but what may benefit others or yourself” into the realm … END_OF_DOCUMENT_TOKEN_TO_BE_REPLACED

As a ghostwriter, I negotiate contracts often, and for “invisible” goods. …Margaret has taught me how to appeal to a prospect’s often hidden needs a… END_OF_DOCUMENT_TOKEN_TO_BE_REPLACED

Margaret Anderson was instrumental in helping me hone my skills so that I could sort out, get clear, select, and land a “practically perfect” new busi… END_OF_DOCUMENT_TOKEN_TO_BE_REPLACED

While reading “Bridges to Consensus”, I volunteered to organize a project with my quilt bee, 15 professional, talented, and strongly-opinionated w… END_OF_DOCUMENT_TOKEN_TO_BE_REPLACED