A Lesson from Hobbits 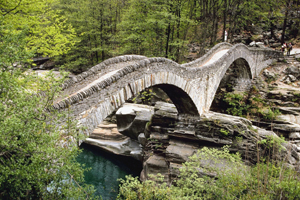 A few days ago, I turned on the evening news. First up was the story about the New York “road rage” incident between a group of motorcyclists and the driver of an SUV. The next story featured a local incident in which a man who was apparently beating his wife while driving crashed into another vehicle, injuring its occupants.

But we don’t even have to turn on the TV to see examples of people who make a competitive sport out of ordinary daily driving, and a dangerous sport at that. If we expand our view beyond our streets and highways, it’s easy to conclude that people are becoming addicted to conflict, more selfish, and more insensitive to the effects of their behavior on others. People seem to go for what they want regardless of consequences, and when someone or something gets in their way, they take enforcement and retribution into their own hands.

This is what drives me to keep on teaching others that we can actually get more of our own needs met when we address the interests of those who can deliver it—address the others’ interests in ways that are also compatible with our own interests. This is what keeps me training people in the skills for building consensus.

But sometimes I feel like an ant trying to move a mountain one grain of sand at a time. Sometimes there seems to be so much contentiousness, such a hunger for conflict, that I ask myself how much I can actually accomplish. Even if every student, trainee and client I reach goes about getting what they need from others in ways that build bridges, rather than burning them, the conflict addicts seem to far outnumber us. How can we ever hope to change this culture?

Coincidentally, while I was in this frame of mind, my old DVD player went into its death throes. I had a choice between watching my Brother Cadfael mysteries in shades of sepia or all in green. Somehow those green Martians didn’t quite fit in Medieval England.

So I bought a new blue ray/DVD player and hooked it up. For my first test run, I chose to watch The Hobbit. In this movie, the wizard Gandalf is leading a group of Dwarves to reclaim their homeland, which was taken over by a dragon. To help in this quest, Gandalf enlist the most unlikely creature, a hobbit named Bilbo Baggins.

For those of you who aren’t Tolkien fans, hobbits, or Halflings, are even smaller than dwarves. Even less promising, hobbits are peace loving homebodies.

In one scene, Gandalf confers with the wise elf queen Galadriel. I had forgotten that she asks Gandalf why he chose the Halfling, Bilbo. Gandalf replies, “I don’t know. Saruman [the head wizard] believes that it is only great power that can hold evil in check. But that is not what I have found. I have found that it is the small things, everyday deeds of ordinary folk, that keeps the darkness at bay, simple acts of kindness and love. Why Bilbo Baggins? Perhaps it is because I am afraid, and he gives me courage.”

There was my answer. If only a few of those few one teacher can reach find it a little easier to deal in kindness and love, if they learn that decency toward others doesn’t have to mean neglecting oneself, if they model bridge building in their daily lives, then maybe we will each have done our little hobbit bits to change our culture, and thus our world, for the better.

This probably won’t happen in my lifetime. It might not happen in the lifetimes of my youngest trainees and clients. But I know it makes sense for me to keep on keeping on, and I hope those of you who read these blogs will be inspired to do the same.

I believe Bridges to Consensus applies to every facet of our lives… It doesn’t knock you over like a fire hose. It enters your spirit quietly and ge… END_OF_DOCUMENT_TOKEN_TO_BE_REPLACED

It has been said that one of the best ways to teach is through story. In Love on the Rocks with a Twist, Margaret Anderson teaches the fine art of con… END_OF_DOCUMENT_TOKEN_TO_BE_REPLACED

It Strikes a Chord: I’ve spent a lifetime reading stories, and I’m not easy to please. This little pocketful kept me pleasurably engaged all the way t… END_OF_DOCUMENT_TOKEN_TO_BE_REPLACED

A Go-To Reference & Entertaining Read in One Book: Delightful fiction, indeed! Each of the stories is a standalone pleasure. I especially enjoyed the … END_OF_DOCUMENT_TOKEN_TO_BE_REPLACED

Thank you. It was a pleasure attending your class. It taught me to ask “Why?” when I am trying to resolve an issue. I learned a lot and am happy I had… END_OF_DOCUMENT_TOKEN_TO_BE_REPLACED

As a ghostwriter, I negotiate contracts often, and for “invisible” goods. …Margaret has taught me how to appeal to a prospect’s often hidden needs a… END_OF_DOCUMENT_TOKEN_TO_BE_REPLACED

The course was very interesting and learning the skill set in the classroom to apply in real life situations is invaluable.  It’s definitely about … END_OF_DOCUMENT_TOKEN_TO_BE_REPLACED

My life has gone much more smoothly since taking your class.  Be it a discussion with…or a coworker, there is less stress and more preferable resul… END_OF_DOCUMENT_TOKEN_TO_BE_REPLACED

Although the book [Bridges to Consensus] is written with clergy in mind, I was instantly engrossed in the material and could see my way to using her s… END_OF_DOCUMENT_TOKEN_TO_BE_REPLACED

Working with Margaret helped me understand that conflict does not automatically have to mean confrontation. Now I know how to seek solutions that bene… END_OF_DOCUMENT_TOKEN_TO_BE_REPLACED

It [Bridges to Consensus] lends itself specifically to church issues, while making itself significantly useful for understanding communications in any… END_OF_DOCUMENT_TOKEN_TO_BE_REPLACED

So much of our daily communication consists of argument, I’m delighted to learn new methods that remove the argument and place both parties on the roa… END_OF_DOCUMENT_TOKEN_TO_BE_REPLACED

Margaret Anderson’s presentation takes the wisdom of Ben Franklin’s stated virtue: “Speak not but what may benefit others or yourself” into the realm … END_OF_DOCUMENT_TOKEN_TO_BE_REPLACED

As a ghostwriter, I negotiate contracts often, and for “invisible” goods. …Margaret has taught me how to appeal to a prospect’s often hidden needs a… END_OF_DOCUMENT_TOKEN_TO_BE_REPLACED

Margaret Anderson was instrumental in helping me hone my skills so that I could sort out, get clear, select, and land a “practically perfect” new busi… END_OF_DOCUMENT_TOKEN_TO_BE_REPLACED

While reading “Bridges to Consensus”, I volunteered to organize a project with my quilt bee, 15 professional, talented, and strongly-opinionated w… END_OF_DOCUMENT_TOKEN_TO_BE_REPLACED