Be the Adult in the Room 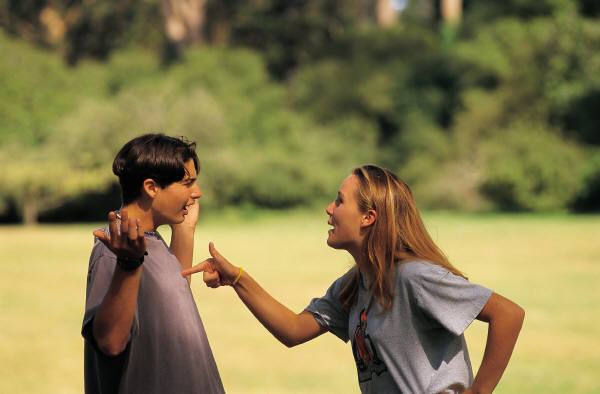 As I’ve written in Bridges to Consensus, my “Silver Rule of Consensus” is, “Avoid or minimize wrong making.” When we make others wrong, as by directly contradicting or arguing with them, labeling them with negative terms, or the like, they instinctively resist. Many of the skills I teach help us avoid this, and therefore, pave an easier path to agreement.

But what do we do when others make us wrong? Suppose someone accuses a colleague of not pulling his weight on a joint project. His instincts drive him to resist in one or more of these ways:

But if your goal is to persuade the other person to change her mind, resistance will trigger counter resistance in the same three ways. Things spiral out of control in escalating projections and counter projections.

Books, movies and TV shows can contribute to the sense that, if we bang someone over the head with the reality of how wrong they are, they will see the light and change their ways. In Pride and Prejudice, when Darcy proposes to Lizzie, and she tells him off, he first goes away angry and writes her a letter denying some of the actions she accused him of, and rationalizing others. But after cooling off, he takes her accusations of arrogance and disregard of others’ feelings to heart. The next time they meet, he makes a special effort to treat Lizzie and her friends graciously.

In real life, however, such turnarounds are rare. Only the most mature and psychologically high functioning individuals respond this way. And more often than not, like Mr. Darcy, it takes a while, even for the best of us, to cool off and resolve to change.

So, back to my original question, what should you do when others make you wrong? Make yourself the one mature enough to stop the escalating spiral of projections.

Step 1: push the pause button. Don’t open your mouth when strong instincts override your rational mind and send words of denial, rationalization and projection into your head. The pause will help your rational mind to kick back in.

Then, as in all persuasive or consensus-seeking encounters, identify your ultimate interests. What do you really want to accomplish with respect to the other person. Do you want to persuade him to change his mind, reconsider what he said about you? Then why put the extra hurdle of his instinctive resistance in your way? Why rely on the hope that he’s mature enough, high functioning enough, to eventually have a Mr. Darcy moment?

If, after you cool off and think through the situation, you decide that telling him how he’s wrong is more important to you than actually persuading him to change his mind you, you can always make him wrong then. But once you mouth off in a knee jerk reaction, you can only hope that he is mature enough to move past it.

Does this mean you simply take what others dish out? On the contrary! You use your persuasion/consensus building skills instead of denial, rationalization and projection. Thus, you are more likely to inspire the other to change his negative opinion about you, and to do so more quickly.