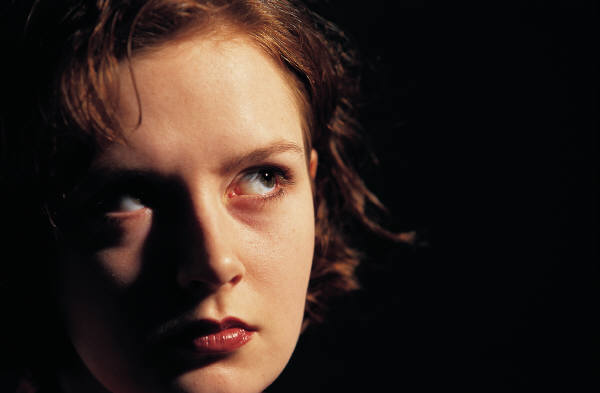 I recently read about a study at the University of Toronto designed to test who is best at detecting lies, cynics or those who tend to give others the benefit of the doubt. The “high trusters” proved better at spotting liars than those who assumed the worst about others.[1]

The title of the article, “The Beauty of Trust,” suggested a conclusion that, if we become more trusting, we are actually more likely to know when someone is trying to take advantage of us. It occurred to me, however, that this might be putting the cart before the horse. Perhaps those who were better at picking up nonverbal indications of dishonesty could afford to be more trusting, while those with poor intuition found it necessary to be more suspicious.

However, the author, Allina Tugend, a self-described pessimist, went on to relate how learning about the U. Toronto study inspired her to experiment with dropping some of her suspicions. Sure enough, she enjoyed several pleasant surprises when she opened herself up to people.

When a coworker complimented her on a piece of work she had done, she overcame her suspicion that the coworker was leading up to a request for help, even though the coworker had done so in the past. Instead, Tugend simply thanked her coworker for the compliment, and lo and behold, found that it was only a compliment. No request to help with the coworker’s project. The nicest surprise was that, afterward, Tugend felt better about herself.

She also tried starting up a conversation with a neighbor she had previously avoided because she thought the woman was “judgmental.” She even went so far as to tell the neighbor a concern she had about her son. As it turned out, the neighbor, who shared a similar concern about one of her own children, was understanding and supportive.

Tugend concluded that, even though she would occasionally get taken by someone, the rewards of dropping autopilot suspicion outweighed the risks.

Is the converse true? Do people who assume the worst about others actually get taken advantage of more often? I’ve encountered a number of such people over the years, and observed that, yes, they do. More specifically, I have seen the very people who are usually suspicious and cynical turn around and trust the one person who is least trustworthy. This brings us back to the results of the University of Toronto study—cynics score lower in detecting dishonesty.

Another factor at play in these results is that humans have a tendency to live up, or down, to our expectations, expectations they can often sense even if we don’t mention them.

I certainly would not recommend that anyone blindly trust everyone they encounter. However, if one generally tends to be suspicious and often feels taken advantage of, he might do as author Tugend did, and try some experiments. I would begin experimenting with situations in which there is little or nothing to lose.

For example, suppose that, like Tugend, I were concerned that a compliment could lead to a request for assistance I did not want to give. What do I risk by accepting the compliment? Nothing but the necessity of politely saying “no.” I could “repay” the compliment with a return compliment, rather than by taking on someone else’s work project.

I could plan to express thanks for the next ten compliments, and resolve in advance to decline, with regrets, any follow-up requests I couldn’t, or didn’t want to, meet. I could keep notes on which compliments were followed by requests and which were not, and look for common factors in the two categories.

If I have avoided a particular individual because I imagine that she might be snobby, I can try actually speaking to her and see for myself. Again, there’s no great risk in doing so. If the other person really is snobby, I can go back to avoiding her. But if not, I just might discover her good qualities, things she has to offer me.

Are you a high truster, a cynic, or somewhere in between? Can you think of any low-risk experiments you might like to try? If so, I’d love to hear how they work out.

As a ghostwriter, I negotiate contracts often, and for “invisible” goods. …Margaret has taught me how to appeal to a prospect’s often hidden needs a… END_OF_DOCUMENT_TOKEN_TO_BE_REPLACED

So much of our daily communication consists of argument, I’m delighted to learn new methods that remove the argument and place both parties on the roa… END_OF_DOCUMENT_TOKEN_TO_BE_REPLACED

Thank you. It was a pleasure attending your class. It taught me to ask “Why?” when I am trying to resolve an issue. I learned a lot and am happy I had… END_OF_DOCUMENT_TOKEN_TO_BE_REPLACED

A Go-To Reference & Entertaining Read in One Book: Delightful fiction, indeed! Each of the stories is a standalone pleasure. I especially enjoyed the … END_OF_DOCUMENT_TOKEN_TO_BE_REPLACED

My life has gone much more smoothly since taking your class.  Be it a discussion with…or a coworker, there is less stress and more preferable resul… END_OF_DOCUMENT_TOKEN_TO_BE_REPLACED

It [Bridges to Consensus] lends itself specifically to church issues, while making itself significantly useful for understanding communications in any… END_OF_DOCUMENT_TOKEN_TO_BE_REPLACED

It has been said that one of the best ways to teach is through story. In Love on the Rocks with a Twist, Margaret Anderson teaches the fine art of con… END_OF_DOCUMENT_TOKEN_TO_BE_REPLACED

I believe Bridges to Consensus applies to every facet of our lives… It doesn’t knock you over like a fire hose. It enters your spirit quietly and ge… END_OF_DOCUMENT_TOKEN_TO_BE_REPLACED

It Strikes a Chord: I’ve spent a lifetime reading stories, and I’m not easy to please. This little pocketful kept me pleasurably engaged all the way t… END_OF_DOCUMENT_TOKEN_TO_BE_REPLACED

The course was very interesting and learning the skill set in the classroom to apply in real life situations is invaluable.  It’s definitely about … END_OF_DOCUMENT_TOKEN_TO_BE_REPLACED

Margaret Anderson’s presentation takes the wisdom of Ben Franklin’s stated virtue: “Speak not but what may benefit others or yourself” into the realm … END_OF_DOCUMENT_TOKEN_TO_BE_REPLACED

As a ghostwriter, I negotiate contracts often, and for “invisible” goods. …Margaret has taught me how to appeal to a prospect’s often hidden needs a… END_OF_DOCUMENT_TOKEN_TO_BE_REPLACED

Although the book [Bridges to Consensus] is written with clergy in mind, I was instantly engrossed in the material and could see my way to using her s… END_OF_DOCUMENT_TOKEN_TO_BE_REPLACED

Margaret Anderson was instrumental in helping me hone my skills so that I could sort out, get clear, select, and land a “practically perfect” new busi… END_OF_DOCUMENT_TOKEN_TO_BE_REPLACED

Working with Margaret helped me understand that conflict does not automatically have to mean confrontation. Now I know how to seek solutions that bene… END_OF_DOCUMENT_TOKEN_TO_BE_REPLACED

While reading “Bridges to Consensus”, I volunteered to organize a project with my quilt bee, 15 professional, talented, and strongly-opinionated w… END_OF_DOCUMENT_TOKEN_TO_BE_REPLACED