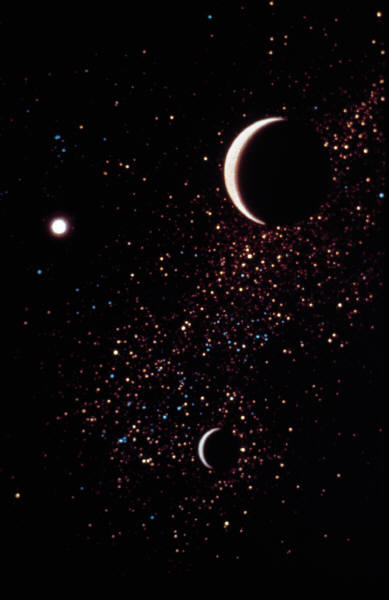 Lately, I have been revisiting the original Star Trek TV series as well as the second series, Star Trek the Next Generation. Nichelle Nichols, the actress who played Lieut. Uhura in the first series reportedly once said to Gene Roddenberry, “You clever devil. You’re doing morality plays,” or words to that effect.

When the original series first aired, I was a bit young to fully appreciate the philosophical wisdom in the story lines. By the time Star Trek the Next Generation came along, I was too busy establishing myself professionally to watch much television at all. Now, almost every episode I watch leaves me was something deep to think about. And of course, I can’t help relating these reflections to consensus building.

The mission of the starship Enterprise was, “To seek out new life and new civilizations. To boldly go where no one has gone before.” That mission both required and inspired open-minded and compassionate curiosity about beings who differed greatly from the Enterprise crew, sometimes beings scarcely recognizable as forms of life.

Just last night, I watched an episode in which a ” monster” in the tunnels of a mining settlement was killing humans by burning them to a crisp with blasts of corrosive fluid. Of course, the humans’ first reaction was to find and kill the creature, and they called on the Enterprise for assistance.

But Mr. Spock, an emotionless Vulcan and always a voice of reason, points out that the creature may be the last of its kind. Therefore, destroying it would be a scientific loss and a pity. Captain Kirk, in his typical fashion, orders all the others in the search party to work in pairs, then decides that he and Spock should split up to search two intersecting tunnels.

Equally predictably, Kirk soon finds himself face-to-face with the mysterious creature. Several times, it tries to approach him. But when Kirk raises his taser weapon, the creature (previously wounded by a taser) stops. The captain possesses in abundance what Mr. Spock lacks—emotions. And one of his emotions is compassion. He can’t kill a being that is no longer a threat to him.

When Spock catches up to Kirk, he uses his special Vulcan powers to explore the mind of the creature. Spock learns that she had long left the miners to their own devices. Recently, however, they had disturbed and destroyed a number of her eggs. The “monster” was, in fact, a mother trying to protect her young using the only means available to her, the same corrosive fluid that enabled her to feed on the rock formation.

This inspires Kirk to suggest a resolution: the creatures will leave the miners alone if they leave the creatures and their eggs alone. Now the miners can use the tunnels in safety, and moreover, the new hatchlings will excavate more and more tunnels—a sort of bonus. A very valuable bonus, as it turns out, for the rock is rich, not only in the material the miners originally sought, but also in gold, platinum, and other valuable substances. A win-win consensus if I ever saw one.

But what can we ordinary human beings learn from this otherworldly story? When we combine the sincere, scientific curiosity of Mr. Spock with the compassion of Capt. Kirk, we are in the right frame of mind to most successfully practice our consensus building skills.

Curiosity can quell our fears of those who differ from us and inspire us to ask open questions that uncover the others’ interests. Sincere curiosity prevents those questions from taking an accusatory or suspicious tone. Thus, we invite and encourage the other person to elaborate.

Once we know another’s interests, compassion inspires us to find a solution to her problems, a solution that also addresses our own interests. And more often than you may think, continuing to explore with open-minded curiosity and compassion leads to bonuses—points of consensus that go beyond just settling differences, such as the strange creatures’ help in tunneling for gold and platinum.

So, the moral of this and many another Star Trek episode is that, if we boldly go into curious, compassionate dialogue with those who differ most from us, we often reap knowledge and benefits beyond our imagining.

Thank you. It was a pleasure attending your class. It taught me to ask “Why?” when I am trying to resolve an issue. I learned a lot and am happy I had… END_OF_DOCUMENT_TOKEN_TO_BE_REPLACED

It [Bridges to Consensus] lends itself specifically to church issues, while making itself significantly useful for understanding communications in any… END_OF_DOCUMENT_TOKEN_TO_BE_REPLACED

Margaret Anderson was instrumental in helping me hone my skills so that I could sort out, get clear, select, and land a “practically perfect” new busi… END_OF_DOCUMENT_TOKEN_TO_BE_REPLACED

The course was very interesting and learning the skill set in the classroom to apply in real life situations is invaluable.  It’s definitely about … END_OF_DOCUMENT_TOKEN_TO_BE_REPLACED

A Go-To Reference & Entertaining Read in One Book: Delightful fiction, indeed! Each of the stories is a standalone pleasure. I especially enjoyed the … END_OF_DOCUMENT_TOKEN_TO_BE_REPLACED

Margaret Anderson’s presentation takes the wisdom of Ben Franklin’s stated virtue: “Speak not but what may benefit others or yourself” into the realm … END_OF_DOCUMENT_TOKEN_TO_BE_REPLACED

So much of our daily communication consists of argument, I’m delighted to learn new methods that remove the argument and place both parties on the roa… END_OF_DOCUMENT_TOKEN_TO_BE_REPLACED

Although the book [Bridges to Consensus] is written with clergy in mind, I was instantly engrossed in the material and could see my way to using her s… END_OF_DOCUMENT_TOKEN_TO_BE_REPLACED

It Strikes a Chord: I’ve spent a lifetime reading stories, and I’m not easy to please. This little pocketful kept me pleasurably engaged all the way t… END_OF_DOCUMENT_TOKEN_TO_BE_REPLACED

As a ghostwriter, I negotiate contracts often, and for “invisible” goods. …Margaret has taught me how to appeal to a prospect’s often hidden needs a… END_OF_DOCUMENT_TOKEN_TO_BE_REPLACED

My life has gone much more smoothly since taking your class.  Be it a discussion with…or a coworker, there is less stress and more preferable resul… END_OF_DOCUMENT_TOKEN_TO_BE_REPLACED

While reading “Bridges to Consensus”, I volunteered to organize a project with my quilt bee, 15 professional, talented, and strongly-opinionated w… END_OF_DOCUMENT_TOKEN_TO_BE_REPLACED

Working with Margaret helped me understand that conflict does not automatically have to mean confrontation. Now I know how to seek solutions that bene… END_OF_DOCUMENT_TOKEN_TO_BE_REPLACED

I believe Bridges to Consensus applies to every facet of our lives… It doesn’t knock you over like a fire hose. It enters your spirit quietly and ge… END_OF_DOCUMENT_TOKEN_TO_BE_REPLACED

As a ghostwriter, I negotiate contracts often, and for “invisible” goods. …Margaret has taught me how to appeal to a prospect’s often hidden needs a… END_OF_DOCUMENT_TOKEN_TO_BE_REPLACED

It has been said that one of the best ways to teach is through story. In Love on the Rocks with a Twist, Margaret Anderson teaches the fine art of con… END_OF_DOCUMENT_TOKEN_TO_BE_REPLACED