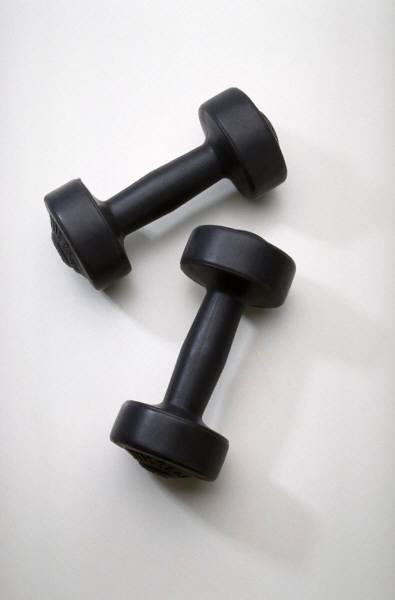 I began writing this article toward the end of a downer of a day. Even though I had slept in later than usual, I felt lethargic and low all day long, and it seemed to me that I had accomplished very little. I had a pretty good idea why, too.

The day before, I’d gone in for my annual physical, proud of the fact that I had increased my exercise time, only to be told that I need to exercise every single day, and by the way, lose a few pounds.

It occurred to me that, though I didn’t really feel like working, I might perk up if I actually completed one of the tasks I’d dabbled with that day. So, after supper, I went to my computer and began to scan through my previous blog articles for one that could support a follow up. Whether guided by intuition or luck, my eye fell upon our August Resolution of the Month: Self-Compassion.

Of course! In that previous blog article, as well as in my book Bridges to Consensus, I had written about the physically weakening effects of self-criticism (wrong making), which also includes “have to” and “should” statements like “I have to exercise every single day.” Even though I had not been consciously aware of self-critical words running through my head, I realized that I felt I had been made wrong. My improved exercise program was not enough. I was too fat. My best was not good enough. No wonder I felt more like curling up in a ball rather than exercising.

My instinct to finish some tangible task had been on target. If I completed a draft of the follow-up blog article, I would feel made right, an unspoken mental complement about what I had accomplished. But reviewing my Self-Compassion article enabled me to do myself even better.

First, I got up from that computer and did exactly what I do in my classroom experiments to restore the student’s arm to full strength. I thought of a legitimate compliment I could pay myself right then and there, whether I completed another blog article or not, increased my exercise or not, lost weight or not. I said the complement out loud until I really felt it.

Next, I went back to my previous Self-Compassion blog and tried the technique suggested in Oprah magazine. Step 1: I found the words for the negative stuff rattling around in my unconscious mind, and challenged the absolute terminology. “The best I can do will never be good enough” became “I don’t even know yet what’s the best I can do, but I know it will be better than what I had been doing, and so will I.”

“I’ll be spending so much time exercising I’ll never have any fun, and I can’t even enjoy the foods I like anymore” became “Nonsense! Last week you exercised six days out of seven and had as much fun as you do in any normal week. And there are many days when you have stuck to your target calorie count and still enjoyed a good dessert.”

Step 2: I channeled a compassionate advisor, a good friend, and spoke my self-criticism out loud to her, “I’m just not doing enough. I must work out more and eat less.” Then, I put myself in her shoes and responded as she would, “Not doing enough for what? You’re healthy and happy as you are. You can choose to keep going along your current path or try some experiments with your workout and food plan, if you wish.” My compassionate advisor made it a choice, rather than a “have to.”

Step 3 is to write out any worrisome thoughts. Since I had been composing my blog as I performed steps 1 and 2, this was already done. What a great feeling. And when I had completed a first draft of this blog article, guess what? I actually felt like working out.

So, one lesson here is that the things I suggest for my readers are things that actually work for me.

Another lesson is that, if you sometimes feel a little befuddled, try browsing through past articles on my blog, or through the table of contents in Bridges to Consensus. Many of the practices that help us build bridges with others can also help you solve your own individual problems. The “Three Magic Questions” for clarifying your interests[1] spring to mind, as does the “Walkaway Alternative” or “Plan B”[2]. The communication skills[3] that work so well with others can also improve your head talk with yourself.

And when you do find help in the book or blog, help that works for you, I’d love to hear about it via phone or e-mail. Meanwhile, be kind to others, and to yourself.

Margaret Anderson’s presentation takes the wisdom of Ben Franklin’s stated virtue: “Speak not but what may benefit others or yourself” into the realm … END_OF_DOCUMENT_TOKEN_TO_BE_REPLACED

While reading “Bridges to Consensus”, I volunteered to organize a project with my quilt bee, 15 professional, talented, and strongly-opinionated w… END_OF_DOCUMENT_TOKEN_TO_BE_REPLACED

Thank you. It was a pleasure attending your class. It taught me to ask “Why?” when I am trying to resolve an issue. I learned a lot and am happy I had… END_OF_DOCUMENT_TOKEN_TO_BE_REPLACED

Although the book [Bridges to Consensus] is written with clergy in mind, I was instantly engrossed in the material and could see my way to using her s… END_OF_DOCUMENT_TOKEN_TO_BE_REPLACED

So much of our daily communication consists of argument, I’m delighted to learn new methods that remove the argument and place both parties on the roa… END_OF_DOCUMENT_TOKEN_TO_BE_REPLACED

My life has gone much more smoothly since taking your class.  Be it a discussion with…or a coworker, there is less stress and more preferable resul… END_OF_DOCUMENT_TOKEN_TO_BE_REPLACED

I believe Bridges to Consensus applies to every facet of our lives… It doesn’t knock you over like a fire hose. It enters your spirit quietly and ge… END_OF_DOCUMENT_TOKEN_TO_BE_REPLACED

It Strikes a Chord: I’ve spent a lifetime reading stories, and I’m not easy to please. This little pocketful kept me pleasurably engaged all the way t… END_OF_DOCUMENT_TOKEN_TO_BE_REPLACED

The course was very interesting and learning the skill set in the classroom to apply in real life situations is invaluable.  It’s definitely about … END_OF_DOCUMENT_TOKEN_TO_BE_REPLACED

As a ghostwriter, I negotiate contracts often, and for “invisible” goods. …Margaret has taught me how to appeal to a prospect’s often hidden needs a… END_OF_DOCUMENT_TOKEN_TO_BE_REPLACED

It [Bridges to Consensus] lends itself specifically to church issues, while making itself significantly useful for understanding communications in any… END_OF_DOCUMENT_TOKEN_TO_BE_REPLACED

Working with Margaret helped me understand that conflict does not automatically have to mean confrontation. Now I know how to seek solutions that bene… END_OF_DOCUMENT_TOKEN_TO_BE_REPLACED

Margaret Anderson was instrumental in helping me hone my skills so that I could sort out, get clear, select, and land a “practically perfect” new busi… END_OF_DOCUMENT_TOKEN_TO_BE_REPLACED

It has been said that one of the best ways to teach is through story. In Love on the Rocks with a Twist, Margaret Anderson teaches the fine art of con… END_OF_DOCUMENT_TOKEN_TO_BE_REPLACED

As a ghostwriter, I negotiate contracts often, and for “invisible” goods. …Margaret has taught me how to appeal to a prospect’s often hidden needs a… END_OF_DOCUMENT_TOKEN_TO_BE_REPLACED

A Go-To Reference & Entertaining Read in One Book: Delightful fiction, indeed! Each of the stories is a standalone pleasure. I especially enjoyed the … END_OF_DOCUMENT_TOKEN_TO_BE_REPLACED